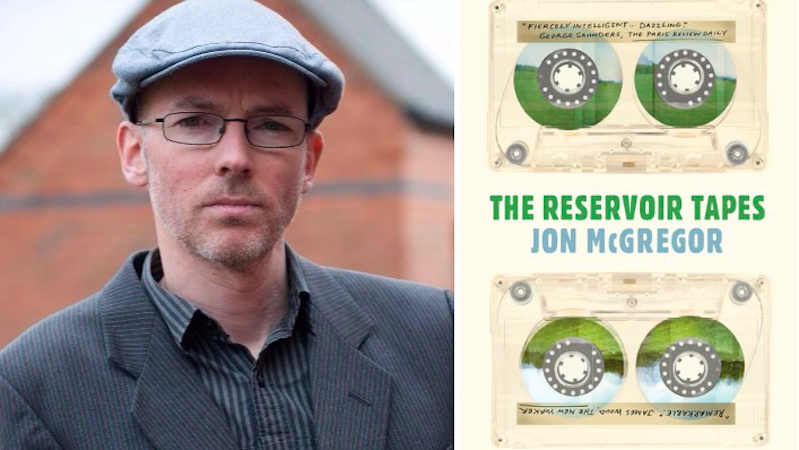 The author of The Reservoir Tapes talks about five books in his life.

Jon McGregor’s The Reservoir Tapes is published this week. He shared his list of five books set in small English villages with Jane Ciabattari. 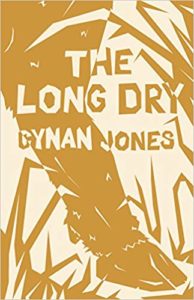 I’m stretching things to include this in a list of books set in English villages; this miniature masterpiece of a novel is set in Wales, and the action barely stretches beyond the corners of one field in which a man walks, looking for a missing animal, while his wife sleeps. But it has a lot to say about the working patterns of rural life, and about the way things are. The language is simple and direct—always “is” and never “like” or “seems”—and the effect remarkably powerful.

Jane Ciabattari: It’s indeed a powerful a first novel, brief, yet strongly evoking the hardships of farm life, from drought to stillborn calves to complicated family dynamics. How do you feel about the flash-forward Jones uses to warn us of tragedy to come?

Jon McGregor: It’s such an unexpected little time-bomb, dropped right into the heart of the novel and then almost forgotten about. I’m not even sure I’d call it a flash-forward; it’s almost like someone glancing up at a dark cloud in the distance and saying, “there’ll be a storm later.” The simple acceptance of the tragedy’s inevitability is terrifying and stark, and it’s at the heart of all Cynan Jones’ writing. These things happen in the world, he keeps telling us. Keep an eye on the weather; there’ll be a storm later. 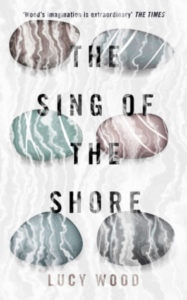 Sing of the Shore, Lucy Wood

Lucy Wood is a very talented young British short story writer, and these stories are excellent at getting under the skin of Cornish village life as it’s lived after the tourists have gone home. She’s especially good at conveying the fraught lives of young people, ghosting through their teenage years, uncertain of their place in the world, waiting for something to happen.

JC: The stories in this collectionhave an eerie quality; people disappear, teenagers party in the houses of the summer folk, and the ocean is everpresent. How do you think she is able to capture that sense of the young “townies” who are left behind when the holiday crowd moves on?

JM: ‘How’ is always a tricky question… I think what Lucy Wood does in these stories, which are perhaps a bit more grounded than the modern folk tales of her first collection, is to be very alive to the details of how lives are lived; she never resorts to shorthand or received ideas about what it’s like to live in these places. The details she chooses accumulate gradually, unobtrusively. She’s also very good at voices, and particularly the voices of young people: the dialogue feels very natural, almost found, without any of the effortful feel that so often ruins dialogue in fiction. Of course, that effortless feel will have taken a lot of work. 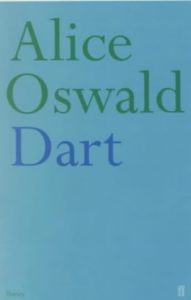 This book-length poem traces the course of the River Dart, in Devon, from source to sea, and is a beguiling mix of observation, interview, conversation, and sheer life-force. Oswald’s shifting movements between voices is eerie and compelling, and creates a real sense of the equality of voices and moments.

JC: Oswald interviewed people connected with the Dart over three years, putting together a poem that includes a chorus of voices (including lines from those who have drowned). She offers a rare sense of the scope of the river’s activities, from its classical past (Aeneas’ grandson Brutus setting off for Troy with the Dart his destination), to its polluted present, with a sewage man at work. She has lived along the Dart and knows it well. What is your favorite section or voice?

JM: I’m not generally someone who can reel off lines of poetry; but there’s a key moment in Dart when a canoeist is talking about being caught underwater by a particular current, and the voice of the poem shifts abruptly to the voice of the river itself. “Come push me in your pull-me-under..,” the river says, in an almost erotic passage about desire and beguiling temptation; the temptation to give yourself up to the water, to be held under, and the attraction of danger. A few lines later, it’s almost as though the canoeist bobs up out of the water, and the voice of the poem moves on. But that one phrase, “come push me in your pull-me-under,” is stuck fast in my mind. 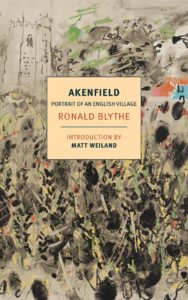 A classic of oral history, these interviews with the inhabitants of a Suffolk village must have felt like the last glimpse of a passing way of life even when the book was first published in 1969. The book has that wonderful quality—reminiscent of Studs Terkel—of seeming like unedited verbatim transcription while clearly being the result of carefully crafted selection.

JC: Indeed, Studs Terkel had this to say about Akenfield: “You are caught by this chronicle, by the words of non-celebrated villagers. You do not hear them talking; you hear them feeling…” Blythe captures some 50 villagers in direct conversation, as if we’re sitting with them. Which do you think are the most surprising portraits?

JM: I don’t know about surprising, because all these portraits are so far from my own life, and from the life of an English village as it is lived today, but one of my favourites is that of William Russ, sixty-one, gravedigger.” I started digging graves when I was twelve years old and before I left school.” I love the simple unpunctuated prose, the matter of factness, and the obvious pleasure he takes in having done a useful job well his whole working life. It’s all captured so precisely by Blythe’s shaping of the text. But perhaps the more surprising interviews are those with the younger generation, those in their 20s and 30s, who talk—even in 1969—as though they will spend their lives farming in the same ways as their parents and grandparents. Fifty years later, it’s easy to imagine them watching their children guiding the plough with GPS, wondering what happened to the world. 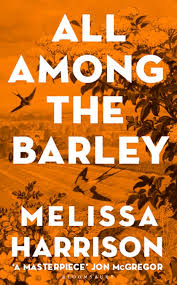 All Among the Barley, Melissa Harrison

A new and important novel by another very talented young British writer, All Among the Barleyis set in the 1930s—in a time when much was changing and history was building up on the horizon, and fascist ideas were leaking into the mainstream—but has an awful lot to tell us about our present moment.

JC: All Among the Barley,Harrison’s third novel, is coming out in August in the U.S. Her rural setting, with the Great War just behind, nationalism rising, and farm work to be done every day, is intriguing. As is her use of an outsider. And her details about weather (she’s also written nonfiction, like the award-winning Rain: Four Walks in English Weather). How important do you think her narrative approach and use of atmosphere are is in making this novel work?

JM: The slightly unreliable child narrator is not a new device—I was reminded in places of L.P. Hartley’s The Go-Between, in which much bigger forces than the narrator understands are at play, and just about visible to the reader—but Harrison deploys it here with great subtlety and tact. As well as the naivete of young adolescence, the gradual intensifying of mania and psychosis is very carefully drawn: the reader is always inside that experience, and yet able—eventually—to see it for what it is. This mismatch between the narrator’s understanding of the world and the world as it is brilliantly echoes the mismatch between the villager’s sense of the world and the gradual encroachment of national and international politics. The reader—especially if the reader is as gullible as this one—is lured in by the outsider’s romanticism about English village life, and realizes almost too late that this romanticism is cover for something far more sinister. It all feels horribly relevant.