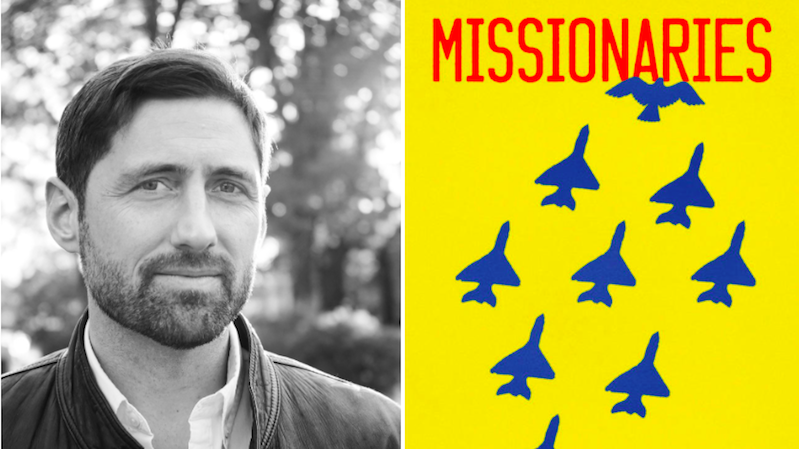 Five Books about the Civilian Experience of War

Phil Klay, the author of Missionaries, shares five books in his life

Phil Klay’s novel Missionaries is published today. He shares five books about the civilian experience of war, noting: “The American war novel, from The Red Badge of Courage to The Things They Carried, tends to focus on the experience of front-line soldiers. But the greatest casualties in any war are often the civilians in the countries those wars are fought, and understanding war demands going far from the battlefield. Here are some books I think can help.” 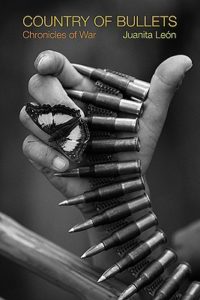 Country of Bullets by Juanita León

Juanita Leon is a beautiful writer with an eye for the absurdity, cruelty, and humanity of the Colombian conflict. Instead of a straightforward account of the war, this book is filled with, as she says, “the information I was leaving out of my stories,” the background details of everyday reality that shine light on the moral choices made by ordinary people caught up in violence. It is, as she writes, a chronicle of “the small victories and defeats of human dignity.”

Jane Ciabattari: Leon notes that the stories in this book are “tangential,” but illlustrate “vital aspects of Colombia’s war…mass detentions; forced displacements, territorial struggles for gold,  oil and coca; the state-building pretensions of armed groups; the motives of paramilitary and guerilla leaders, and the strategy of the Colombian army.” The inspiration for the book, she writes, was legendary war reporter Ryszard Kapuscinski, who urged journalists at a seminar she attended “to earn a living and to make a difference.” How does Country of Bullets make a difference?

Phil Klay: There are several ways. First, and most clearly, I believe capturing the struggles of people in war time, treating their stories with dignity but also with a keen critical mind, is inherently valuable in its own right. But more than that, if we want to be able to act in relation to the violence in our world, we need to understand it. Not simply in terms of the actions of combatants, but in its broader social context, how violence rends the fabric of communal life, how people try to bind their communities back together, and how the psychological and social impacts of war reshape us in surprising ways. 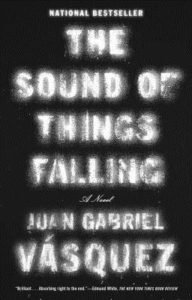 The Sound of Things Falling by Juan Gabriel Vásquez

This is an exceptionally powerful novel about Colombia’s drug wars from one of the greatest living Latin American authors. In Juan Gabriel Vasquez’s novels, he is constantly tracking the intersection of personal narratives and public events, of the time stopping experience of trauma and the unfolding history that relentlessly grinds forward. His novels read as urgently as any thriller, but urgency comes not so much from the mysteries and atrocities and crimes his heroes seek to understand or uncover but from the way in which their quest comes to resemble ours, the readers, as we make our way forward in this confusing and uncertain world.

JC: In interviews, Vasquez notes that from age eleven, in the mid-1980s, until the death of Pablo Escobar, head of the Medellín drug cartel, in 1993, all he knew was violence and fear, the result of Colombia being corrupted by the drug trade. This is the landscape of The Sound of Things Falling. Your new novel, Missionaries, takes a more contemporary slice of Colombian life.

PK: Yes, though one of the concerns of my novel, the incredibly sophisticated US system for targeted assassinations, has roots in that time in Colombia. There, in the hunt for Escobar, Americans had helped Colombians create a more efficient machine for finding and killing people. That system was used in the Balkans, but then brought to an industrial scale level in Iraq under General Stanley McChrystal, which took American special forces from a pace of about 12 raids a month in early 2004 to 250 a month by 2006. And then we went back to Colombia and supplied them with technology and support and know-how as they launched their own campaign of targeted assassinations against leaders of the guerrilla movements there.

Stories like that, in which there’s deadly cross-pollination between wars, are all over the place when you look at Colombia (which is why two of the ambassadors America has sent to Colombia have been sent, for their next posting, to be ambassador to Afghanistan). That’s one reason I structured my book the way I did, so I could look at the personal experience of violence and fear that Vasquez talks about and connect it to these much broader systems of warfare. 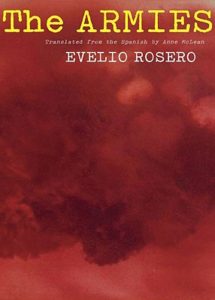 The Armies by Evelio Rosero

Rosero’s novel of a small town invaded by steadily increasing violence is a short, often beautiful and often nightmarish depiction of a murky, brutal war. For the inhabitants of the town the motives of the rival factions of guerrilla, paramilitaries, and state forces are less important than the immediate challenges and tragedies they bring in their wake. The novel’s despair and horror builds steadily and economically to surreal heights even as, in one of the few political jabs thrown by the narrator, “the President affirms that nothing is happening here, neither here nor anywhere in the country is there a war.”

JC: The Armies trudges on implacably as the lecherous narrator, a retired teacher, witnesses the destruction of the world around him. “We catch astonished, fitful glimpses of the fighting troops, without distinguishing which army they belong to, the faces as cruel as any,” Rosero writes. How does tone influence the effectiveness of his portrait of a community being torn apart?

PK: John Sack once distinguished his reporting on Vietnam from Michael Herr’s like this: Sack would be out in the field and start losing his clear-headedness so he’d go back, rest, and try to get an objective handle on the experience. He thought that was important. But Herr understood something deeper, that, as Sack put it in an interview, “the experience of going nutty, of being exhausted, of losing track of things, is the very experience of being in Vietnam that you should be writing about.” The tone of The Armies gets beautifully at that sensation—of confusion and horror and moments of dream-like detachment. 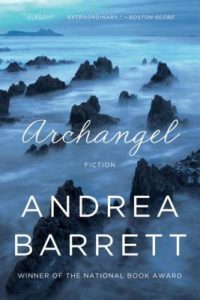 Not every story in this exquisite collection of stories deals with war, but the ones that do show its echoes not only in pain endured in families and societies, but into the progress of science as well. “The Ether of Space,” with its portrait of a grieving, deluded, but once great physicist in the aftermath of World War I, is particularly haunting.

JC: The five stories in Archangel are concerned with scientific breakthroughs, and often involve the same characters (we meet Constantine Boyd, age twelve, in the first story, “The Investigators,” set in1908, when he sees his first “aeroplanes,” and again in the title story, set in 1919, when he’s a wounded soldier in Northern Russia witnessing bombing raids).  How does Barrett show how technology and scientific invention have changed the civilian experience of war?

PK: Science and war are both uniquely human endeavors, and their histories are intertwined. There are obvious ways, as in the “aeroplane” going from a thing of wonder to a tool of destruction, but it also happens in the subtler ways science gets paired with politics and ideology. So, in “The Particles,” set in 1939, a biologist on the right side of a scientific debate from a generation before also has a disturbing enthusiasm for eugenics, a geneticist forging his own path gets tripped up by Soviet ideological demands, and an international scientific conference is dissolved by war before a ship carrying a group of the participants is torpedoed by a German U-Boat. And in the aftermath of violence, there are stunning passages in which her characters make use of scientific ideas to try to understand what is being destroyed, and what might remain after our deaths, even if it’s only our genes. 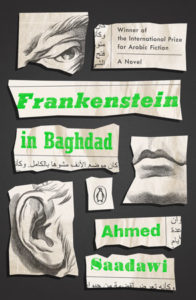 Frankenstein in Baghdad by Ahmed Saadawi

This is a wild parable of violence, vengeance, and complicity, in which a Frankenstein monster constructed of the body parts from bombings in Baghdad begins to take vengeance throughout the city, only to realize that some of body parts he’s avenging once belonged to killers themselves. It also contains a series of beautiful and comic and at times tender portraits of life in post-invasion Iraq.

JC: What makes Frankenstein such an apt centerpiece for this story of war-torn Baghdad?

PK: He is composed of victim and killer, innocent and criminal, an amalgam of parts at war with each other who is hopelessly trying to achieve justice through violence.