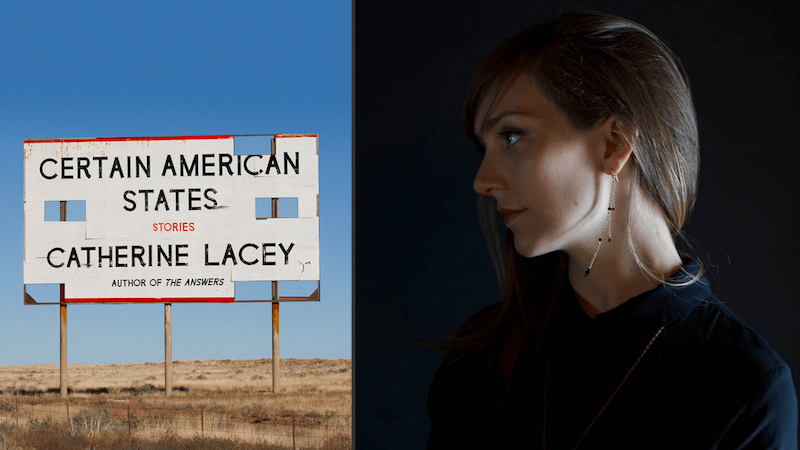 Catherine Lacey: Some kind of Christian book-trash about a little girl getting cancer, dying, then coming back to earth as an angel to do miracles. It made me aspire to die. Or I could say The Bible, but that was less love than it was a hostage situation.

CL: The Collected Stories of Lydia Davis. Her stories are as all-purpose and always-right as soup.

CL: The Notebook by Ágota Kristóf (ATTN: This not The Notebook that was turned into that Ryan Gosling movie. It is very much not that.)

CL: Where The Light Falls by Nancy Hale.

CL: The Character of Rain by Amelie Nothomb. It’s from the point of view of a baby who believes she is a god. My friend and collaborator Forsyth Harmon told me about it so there are at least two people who have read it which is technically not no one. It’s wonderfully weird.

CL: The Awakening by Kate Chopin. Thanks Mr. Watkins!

CL: The Melancholy of Resistance by László Krasznahorkai.

CL: Nietzsche in Shapes and Colors by by Dr. Hålla Dagdrömma. I found a copy on the street about a year ago and I was so in love with it that I have purchased a copy for almost every baby I know.

CL: I’d like to see The Woodcutters by Thomas Bernhard turned into a film. Sofia Coppola could direct; Christian Bale could star. Admittedly, the audience who’s ready for two hours of nonstop complaints from an old Austrian dude sitting in a wingback chair is probably pretty small. And yet!

Catherine Lacey is the author of four works of fiction: Nobody Is Ever Missing, The Answers, Certain American States, and the forthcoming novel, Pew. She’s recently published work in The New Yorker, Harper’s, and The Believer. Her work has been translated into several languages​. She is a 2019 Guggenheim Fellow, a recipient of the Whiting Award, and earned an artists’ fellowship from the New York Foundation for the Arts. Granta Magazine named her one of their “Best of Young American Novelists” in 2017. She has taught fiction writing at Columbia University, The University of Montana, The University of Mississippi and the Tin House Summer Workshop. Born in Mississippi, she now lives in Chicago.

Catherine Lacey’s Certain American States—named one of The Wall Street Journal‘s Best Short Story Collections of 2018—is out now in paperback from Picador.

Catherine Lacey: Notes Toward a Class on Writing Love