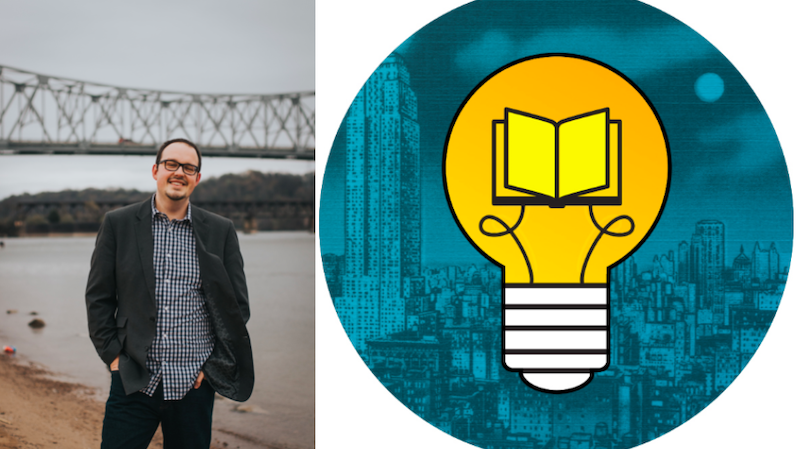 Bradley Sides on the Brilliance of Toni Morrison and Karen Russell

"One thing that makes me want to scream is when people tell me they wish they had time to be a book critic, too"

This week we spoke to Tennessee-based writer and critic, Bradley Sides.

Bradley Sides: Anyone who talks books with me knows that I consider Toni Morrison’s Beloved to be the great American novel. I can be very annoying in my insistence. Sometimes when I daydream, I imagine being one of the first readers to get a galley of Morrison’s novel…

One other book that’s more contemporary (but very much a classic in my mind) that I would’ve loved to have reviewed upon its release is Karen Russell’s St. Lucy’s Home for Girls Raised by Wolves. I’ve read that collection probably a dozen times, and it’s changed my life—as a reader, as a writer, as a critic, and as a person. I dream about receiving it in its earliest days, too.

BS: I don’t know if I’d say Bethany C. Morrow’s MEM was unheralded when it arrived last summer, but it wasn’t given as much attention as I wish it would have been given. It’s such a uniquely compelling novel about memory, and it made me question who we are as a people and what we have (and will) become. MEM is a wonderful work of speculative literature.

Lee Martin’s The Mutual UFO Network is another one I have to mention that, for some unknown reason, didn’t receive a lot of press upon its release. I think he’s a brilliant writer, and his latest collection about redemptive misfits is another fine addition to his catalog of exquisite writing.

BS: That’s a tough question. I hear occasional rumbling about how one has to live in NYC or LA—or one of the country’s other big cities—to be a book critic. I’m a guy who grew up on a cattle farm in the most rural of places in northern Alabama, and I currently teach at a small school in rural southern Tennessee. So, that’s one misconception I can debunk.

One thing that makes me want to scream is when people tell me they wish they had time to be a book critic, too. Time! Book critics have normal lives, with responsibilities and obligations. Twenty-four hours is all we get in a single day, too. We don’t write about books because we have free time. It goes much, much deeper than that.

BS: Social media has changed so many things, and book criticism is certainly not an exception. Social media allows us to exist as a more global community of readers and reviewers. With Twitter, Facebook, Instagram, and all the others, we get to hear more voices. Social media has helped break many boundaries in terms of who has a say in the current state of literature. I think that’s a good thing—well, a great thing.

To be fair, I do think there are also some challenges with book criticism in the age of social media. It’s easy to hate a book that doesn’t deserve maybe the level of hate it receives because someone else really, really hates it. Likewise, it’s easy to love a text just a little bit too much because of a good social media campaign. Still, these passionate stances cause discussion about books. And that’s something to celebrate.

BS: There are so many critics whose work I enjoy reading. Heather Scott Partington, Rebecca Foster, Adam Morgan, and Ismail Muhammad are the ones who come to mind as critics who I seek out to read the most. These writers engage with the texts they write about in such personal ways. The criticisms they craft are engaging, of course, but they are more than that. They manage to be affecting—and prove that criticism is literature, too. There’s a real love of the written word in their writing.

Also, I have to say that Ron Charles’ “The Totally Hip Video Book Review” is spectacularly wonderful. He’s one of the country’s great book critics, and his videos often make my day.

Bradley Sides is a writer and English instructor. He is a contributing writer at Electric Literature. His work appears and is forthcoming at, among other places, Chicago Review of Books, Los Angeles Review of Books, The Millions, and The Rumpus. He is at work on his debut collection of short stories. For more, visit bradley-sides.com.