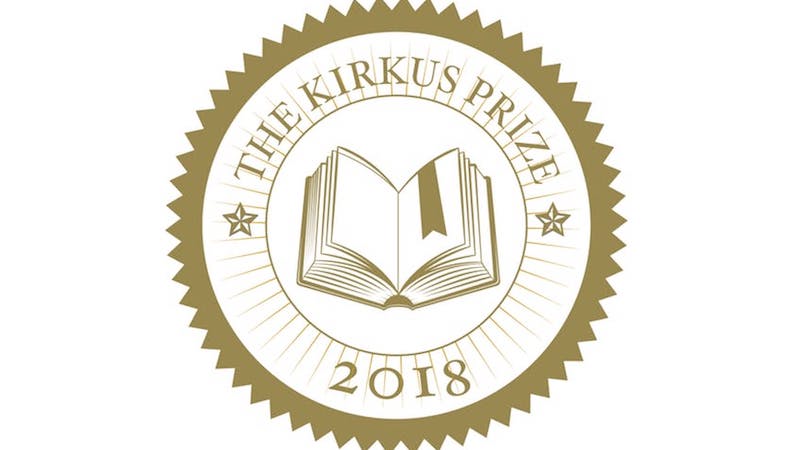 At a special ceremony earlier this evening at the Central Library in Austin, Kirkus Reviews announced the winners of the fifth annual Kirkus Prize in the categories of fiction, nonfiction, and young readers’ literature. This year’s winners were chosen from the 1,193 titles that received a starred Kirkus review between Nov. 1, 2017 and Oct. 31, 2018. Each winner receives a cash prize of a whopping $50,000, making the Kirkus Prize one of the richest annual literary awards in the world. 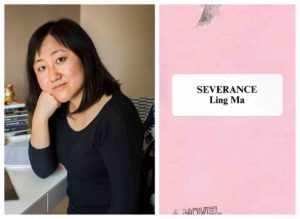 A pre- and post-apocalyptic first novel follows the life of a Manhattan millennial as an epidemic turns almost everyone around her into zombies of a sort; smart, funny, humane and superbly well-written.

Judges’ Statement: “Refashioning post-apocalyptic tropes with exquisite craft, Ling Ma offers a portrait of our times-especially our fears. Severance is both a cutting critique of late-stage capitalism and the intensely affecting story of a young woman finding her place in her world. Candace Chen is a first-generation American, a millennial living in Manhattan, and a publishing production assistant who specializes in specialty Bibles. She is also a distinctive narrative voice and an utterly compelling character. As one of a handful of people who is resistant to Shen Fever, Candace is a witness to a disease that turns people into automata, endlessly repeating the same mundane tasks, but she’s also sharp enough to recognize that this disease is just an intensification of the most dehumanizing aspects of global trade. Severance is a perfect novel for this moment, and an astonishing debut.”

Further Reading: You can read the prologue to Severance here 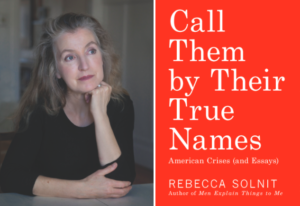 Nonfiction: Call Them by Their True Names: American Crises (and Essays) by Rebecca Solnit (Haymarket)

For those heartsick at Trumpism, Solnit offers context and support-but not optimism, which, she argues in this fiery clutch of essays, isn’t a particularly helpful attitude anyway. Optimism-and its obverse, pessimism-are “false certainties” that “let us stay home and do nothing” in response to hard-line, bigoted conservatism. Solnit is careful with her words (she always is) but never so much that she mutes the infuriated spirit that drives these essays.

Kirkus Prize Judges’ Statement: “What Rebecca Solnit brings to the table with Call Them by Their True Names is first, how language shapes political reality, whether looking at gentrification’s impact on impulsive police shootings or the validity of Native American value systems being taken into account on political decisions affecting them. She has an extraordinary ability to synthesize what would seem to be disparate issues and foster an expanded vision for examining our beliefs and actions.”

Further Reading: You can find a selection of Rebecca Solnit’s essays here

The Road to Unfreedom: Russia, Europe, America by Timothy Snyder (Tim Duggan Books/Crown)
Dopesick: Dealers, Doctors, and the Drug Company that Addicted America by Beth Macy (Little, Brown)
American Prison: A Reporter’s Undercover Journey into the Business of Punishment by Shane Bauer (The Penguin Press) Heavy: An American Memoir by Kiese Laymon (Scribner)
Heartland: A Memoir of Working Hard and Being Broke in the Richest Country on Earth by Sarah Smarsh (Scribner) 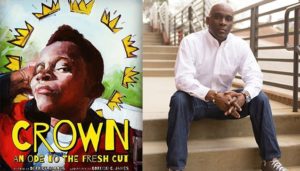 Safe to say, there’s nothing like the feeling of the fresh cut. You feel so extra visible with a fresh new cut, and this book built from that experience translates it in a way never before brought to the children’s bookshelf. This book oozes black cool and timely, much-needed black joy, using the unique and expansive experience of the barbershop to remind young boys that their inner lives have always mattered there.

Kirkus Prize Judges’ Statement: “Barnes and James’ Crown: An Ode to the Fresh Cut is a collaboration that celebrates African American culture in a way rarely seen in literature. Barnes’ text celebrates the rhythm, confidence, and poise of black urban life. Likewise, the illustrations seamlessly match with the text in color, tone, and creativity. Throughout this barber shop journey, readers meet the eclectic characters that make up the tightly knit community and end with a sense of self-confidence that they can carry with them until their next fresh cut. This tour-de-force artistic statement extols to its audience the beauty and grace of being ‘someone that matters.’ ”