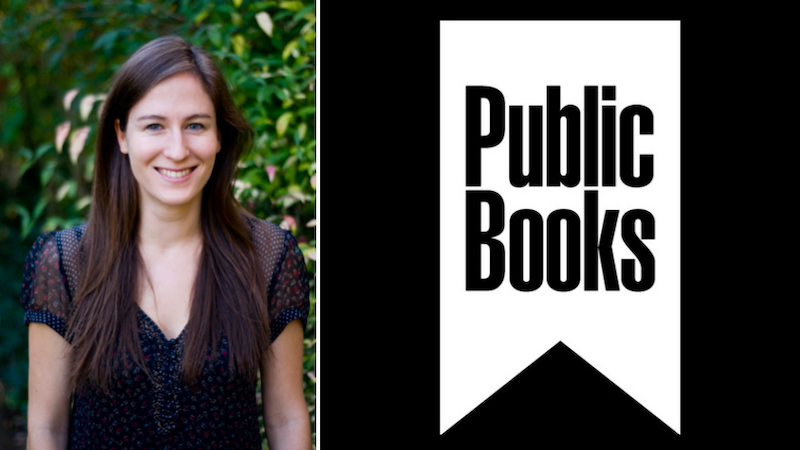 "We honor the work when we take it seriously, when we step into the world an artist has created and take a careful look around"

This week we spoke to Virginia-based writer and critic, Annie Galvin. 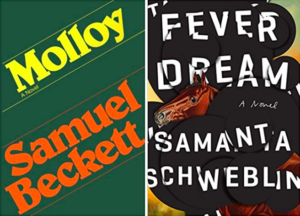 Annie Galvin: I wish I’d been around to review Samuel Beckett’s novel Molloy (1955). It’s one of the weirdest books I’ve ever read; it can seem too bizarre or maddeningly tedious at times, but Beckett’s philosophical preoccupations and formal vision could not have come from any other writer. I would have loved the chance to try to process that novel upon its first publication and convince people to give it a chance.

AG: I’ll admit that this book was heralded (reviewed positively and shortlisted for the Booker Prize), but I would love to give it a boost because I’m surprised it hasn’t been more widely read and talked about. It’s a novel by Argentinian writer Samanta Shweblin called Fever Dream, translated by Megan McDowell. It’s structured in such a fascinating way, as a conversation between a dying woman and a young boy in some kind of mysterious hospital room. The novel uses horror aesthetics to speak to larger philosophical and social topics; it reminded me a lot of Jordan Peele’s film Us and Carmen Maria Machado’s Her Body and Other Parties.

I taught it in an undergraduate seminar at the University of Virginia, and my students and I had the best time trying to figure out what the hell this novel is about. It’s very coy, in the sense that it tantalizes the reader with these rich, seductive details but then withholds the “reveal” payoffs that we’ve come to expect from thrillers and horror narratives. Is the novel about the metaphysical mind/body problem? About the perils of parents trying too hard to protect their children? About genetically engineered crops? Cloning and bioethics? Who knows! You could make a case for any of those readings, and if the case were tight, I’d buy it.

AG: There’s been some conversation recently about the use (or irrelevance) of arts criticism, with artists speaking back to critics who’ve written less-than-glowing responses to their work. Specifically, does someone who’s never written a novel have the standing to write criticism about fiction? Should non-musicians be allowed to write music criticism? etc. I empathize with artists who try to defend themselves; I have a tough time with criticism myself, so I get the impulse to speak back. At the same time, these arguments miss the value of criticism on two specific grounds.

First, critics are meant to mediate between the art itself and the public, so we need critics who don’t practice the art form (fiction, music) professionally to receive the work from a relatively “amateur” standpoint. I’ll admit there’s a consumerist angle to this, for a book critic helps us decide whether to shell out $26 on a hardback or to spend many hours of our short lives reading the thing. At the same time, criticism also corrects the market in important ways. If criticism had never existed, and the only guiding light for artistic production were the appetite of the market, then imagine the books, films, and music that we would be left with. No shade to those who would be happy watching superhero movies exclusively forever, but without criticism there would be little market incentive to make artistically daring films. Writers might be less comfortable with formal experimentation that takes time to catch on—if it ever does at all—without boosts from discerning critics who are searching for some aesthetic or intellectual quality beyond the work’s ability to give pleasure.

Second, most of us don’t write criticism because we relish the power to tear something down. In my experience, rather, criticism is an act of deep love and a gesture of honor and respect toward the object of study. In the film Lady Bird, the wise nun principal says that attention is a form of love—even if that attention takes a negative, “critical” form. This applies to book reviews because good criticism involves deep, sustained attention to your object of study. We honor the work when we take it seriously, when we step into the world an artist has created and take a careful look around. I imagine this can feel like a gift to a writer who’s poured years of work into creating something that can be consumed quickly.

AG: Social media has made us at once nastier and, perhaps, too nice. The obvious answer to this question would be to say that Twitter enables quick, savage dismissals of work, and this surely holds true in some cases. At the same time, social media has made it scarier to write less-than-glowing reviews because the discursive distance between an artist, their die-hard fans, and the professional critic has all but collapsed. It can be anxiety-producing to write something negative, as the backlash can be truly overwhelming and discouraging.

AG: I read almost everything that Jia Tolentino writes. I admire her breadth of interest and ability to write about a vast array of topics, from books to feminism, the Internet, consumer culture, music, and identity. She always manages to look extremely closely at her object of study, to turn it over and over in her mind, and thereby to find new and surprising insights to share about the broader topic. For example, I just read a review essay she wrote in the New Yorker about two books on “digital minimalism,” and in that essay she scrutinized her own smartphone use alongside the books. In doing so, she actually unveiled some new insights about our dependence on digital technology. Given how well-trodden that topic has become, it’s rare that a writer makes me think in new ways about it, but her unique methodology and voice enabled that to happen.

I generally love writers who use the format of the book review or review essay as a springboard to meditate on a broader issue or problem. Briallen Hopper’s essay on spinsters, which was a response to Kate Bolick’s book Spinster, became a celebration of the ties that many women form with people outside romantic partnerships. In that essay, Hopper gently and tenderly undermined the entire premise of Bolick’s book, which is not an easy feat to pull off. The review was not a pan; I’d call it a thoughtful dismantling of the book and a proactive replacement of its central theory with Hopper’s alternative. I would also love to shout out Katy Waldman, who brings the attunement of an A+ literature student to her fiction reviews while writing in a witty and delightful voice. Parul Sehgal has a great eye for new work and for making connections between novels, as demonstrated in her recent essay on #MeToo novels.

Annie Galvin is a scholar and writer whose work focuses on contemporary fiction, popular music, gender, and visual culture. She has taught English literature and writing at the University of Virginia and will be a Mellon/ACLS Public Fellow for 2019-2021, working as Associate Editor at Public Books.