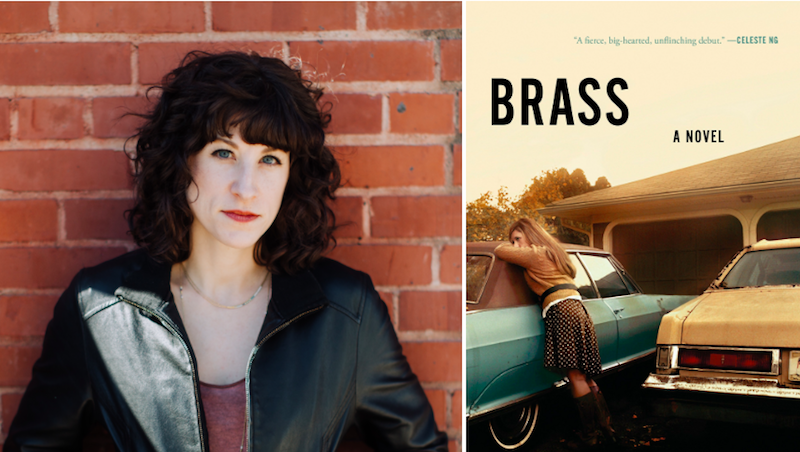 Xhenet Aliu: As a writer, you might expect me to say that it was because I love books, but really it’s because I’m disgusting know-it-all, which might explain why I didn’t have many friends growing up. I’ve always had a compulsion to have at least a superficial knowledge even of things that are seemingly irrelevant to me. After I got my MFA but long before I was making any money whatsoever from writing, I found work as a private investigator for a firm that did due diligence primarily on financial managers, mainly hedge fund managers, so I literally became an expert in digging up dirt through public records searches, legal databases, news articles, that kind of thing. Turns out that those Boolean search skills are exactly what librarians use to find information, so I decided to become a librarian to apply them in a field I found more personally rewarding, which was higher education.

XA: I’ve worked exclusively in academic libraries, which means most people came to me looking for scholarly articles, not books. That said, because my previous institution served a large number of first-generation, non-traditional students pursuing degrees in education, I recommended Jennine Capó Crucet’s Make Your Home Among Strangers to both students and their professors—it’s about a first-gen Latina student at an Ivy League school suddenly becoming aware of all the things she didn’t know she didn’t know. A lot of students recognize themselves in it, and it’s amazing how reassuring it can be to them to read that their struggles are legitimate and don’t stem from them not being good enough or smart enough for college. For faculty, it can help them recognize their own unconscious biases or blind spots with non-traditional populations and more effectively reach them in the classroom. Plus, it’s funny and has a compelling narrative, so it does it all without coming across as message-driven.

XA: I feel like every librarian answers this the same way, so maybe people do know it by now: the job does not center on reading books for a living. That is a beautiful fantasy.

XA: It’s not that weird or memorable, I guess, but we constantly had people asking how they return their textbook rentals to us. Even in college, a lot of people don’t know the difference between a bookstore and a library.

Good information that’s obscured is useless; bad information that’s readily available is nefarious. The fact of the matter is that the more data we generate and encounter in our lives, the more of a need we have to organize it, assess it, and ready it for functionality or discard. This doesn’t happen automatically through the magical tubes of the internet, like many old and young farts believe. Behind every website and blog and database and even bot is a human or group of humans who designed it, often for the purpose of manipulation: to get you to believe shit or buy shit or vote for candidates who will provide the least interference in getting you to believe and/or buy shit. Librarians are also human, and as such certainly have their own biases and agendas, but the schema librarians use to organize and retrieve information is designed to be as agnostic as possible. I can ramble on about online privacy and data mining and the corporate infiltration of our psyches, so to spare myself from sounding like a borderline-conspiracy theorist, I’ll just say: I think information literacy is one of the primary functions of contemporary libraries.

XA: I’m gonna say Karen from the Go-Betweens song “Karen” because we have a lot in common: she’s no angel/she’s no queen/she’s just a peasant from the village.

Xhenet Aliu’s novel, Brass, was a Barnes & Noble “Discover Great New Writers” selection, was long-listed for the 2018 Center for Fiction First Book Prize, and was awarded the Georgia Author of the Year First Novel Prize. Her debut fiction collection, Domesticated Wild Things, won the Prairie Schooner Book Prize in Fiction. Aliu’s writing has appeared in The New York Times, The Boston Globe, Glimmer Train, Hobart, American Short Fiction, Lenny, LitHub, Buzzfeed, and elsewhere, and she has received fellowships  from the Bread Loaf and Sewanee Writers’ Conferences, a grant from the Elizabeth George Foundation, and a fellowship from the Djerassi Resident Artists Program, among other awards, including a special mention in the Pushcart Prize anthology. A former-yet-always-at-heart professional librarian, she is now an assistant professor of Creative Writing at the University of North Carolina Greensboro.