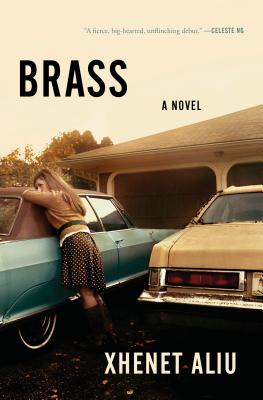 A novel about a young woman coming of age in a gritty industrial city of abandoned brass factories in Connecticut, and her affair with an Albanian line cook at a local diner.

What The Reviewers Say
Rave Julie Buntin,
The New York Times Book Review
The plot advances through each woman’s story; as the symmetries between them pile up, along with misunderstandings, the novel accumulates momentum and emotional power ... But when the simmer breaks into a boil, Aliu alchemizes that anger into love, and in doing so creates one of the most potent dramatizations of the bond between mother and daughter that I’ve ever read ... I left this book with the sure sense that the characters were alive beyond its pages, though I wouldn’t dare try to guess what they are up to — Elsie and Lulu are too real for that.
Read Full Review >>
Rave Caroline Leavitt,
The San Francisco Chronicle
The writing blazes on the page, shifting dramatically back and forth from Elsie’s deliberate third person to Luljeta’s all-inclusive second person, telling her story as if it is happening to all of us. The narrative is also incredibly funny, sly, and always popping with personality ... The ending of Brass may be somewhat bleak, but there are still spirited flickers of hope. Secrets spring open possibilities, and though lives might not change dramatically, mother and daughter begin to understand each other, discovering they are more alike than they are different. History, just like the future and all of its plans, can be revised.
Read Full Review >>
Rave David Canfield,
Entertainment Weekly
With Brass, Aliu has introduced herself as a major new literary voice ... the novel expands magnificently as it introduces a parallel narrative: Elsie’s now-teenage daughter, Luljeta, heading down a similar path, littered with regrets ... The shift makes for a shatteringly intimate mother-daughter ­tribute, a love letter brimming with pain.
Read Full Review >>
See All Reviews >>
SIMILAR BOOKS
Fiction

Mona at Sea
Elizabeth Gonzalez James
Positive
What did you think of Brass?
© LitHub | Privacy