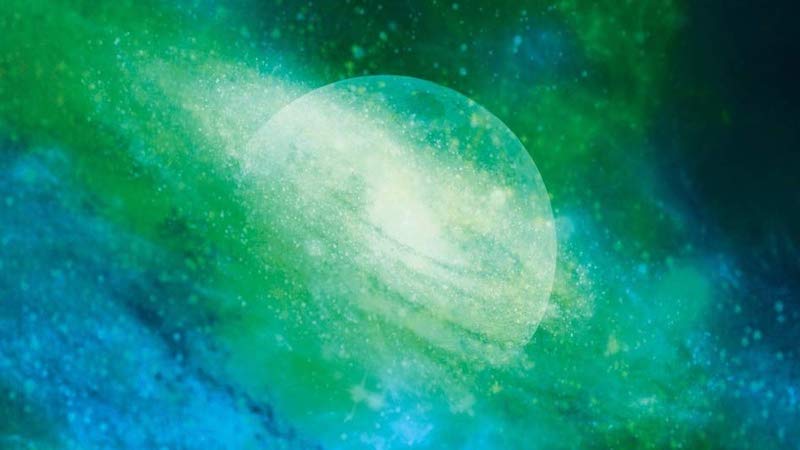 5 Sci-Fi and Fantasy Books to Watch For in October

It’s finally October: The Best Month! I had originally planned to fill this list with horror—in a good way—but as I looked through the month’s upcoming SFF books, I found such an extraordinary variety that I just couldn’t stick to my theme. Having said that, there is some spookiness afoot: a certain Frankenstein makes an appearance, and we get to take a trip to a haunted Ivy League campus! Plus an interstellar janitor has to fight a deadly parasite to save her ship, some intrepid nuns explore the far reaches of space, and a new collection of short fiction gives us fourteen glimpses of the future! 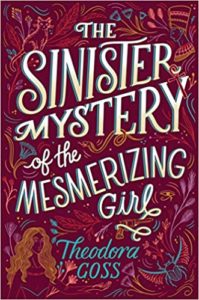 The Sinister Mystery of the Mesmerizing Girl  by Theodora Goss
(Saga, October 1)

This is the third (final???) entry in Theodora Goss’ The Extraordinary Adventures of the Athena Club, and while I don’t ordinarily recommend later books in series, this book gives me the chance to tell you to go back and read all three! Goss’ series is a fun romp through Victorian literature, starring Mary Jekyll, her half-sister Diana Hyde, Beatrice Rappaccini, Catherine Moreau, and the former Mrs. Justine Frankenstein, as the women who have been shunted to the sides of their fathers’ (and mad scientist-creators’) stories come together to solve crime and set various records straight. Goss balances frothy fun pastiche with some incisive class and gender exploration as the Athena Club learns that eminent detective Sherlock Holmes has gone missing, and it’s up to them to rescue him! What more could you want in a book? 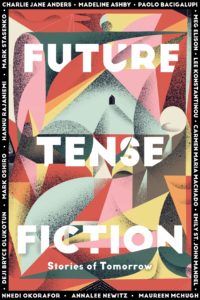 Slate, New America, and Arizona State University have collaborated on a collection of fourteen short science fiction works that has one of the most amazing rosters I’ve ever seen. Like, Sun Records good. Like, Motown good. We’re talking Nnedi Okorafor, Charlie Jane Anders, Paolo Bacigalupi, Madeline Ashby, Carmen Maria Machado, Emily St. John Mandel, Mark Oshiro, Deji Bryce Olukotun, Hannu Rajaniemi, Annalee Newitz, and more. The stories range in tone from hilarious to bleak, and in topic from tales of cutting edge AI that allow people to swap memories, to smart houses that can save lives but can also be used to foster domestic violence, to android murder, to the complications that ensue after an interspecies romance between aliens and humans. These stories all tackle the emotional fallout that awaits us as our tech advances and our climate and economy grow ever more fragile. Some are funny, others are, frankly, terrifying, but like any good collection, there are many voices here, and many futures.

Do you like The Secret History…but wish each reread that Donna Tartt had seen fit to add more ghosts? Leigh Bardugo, best known for her Grishaverse YA books, has written just the story for you in Ninth House, her first foray into adult fantasy. This campus novel gives readers a real campus—Yale—but uses that setting to dive into horror. (And I don’t mean an impromptu Whiffenpoof performance.) Galaxy Stern can see ghosts, a skill that was the bane of her existence until Yale’s admissions board heard about it, and gave her a full scholarship. But she soon realizes that the Ivy League never gives you anything for free: she’s expected to use her ability to help Lethe, a particularly icky secret society, spy on their fellow students. And once she starts digging into campus intrigue, the stakes are raised much higher than her GPA. 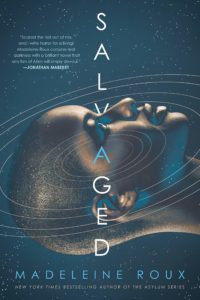 Rosalyn Devar is a “space janitor” now. She travels from gig to gig, cleaning up the aftermath failed research expeditions that other people don’t want to touch. When she’s sent to salvage the Brigantine, it’s supposed to be just another job: the ship has gone dark, and the crew is assumed dead.

But they’re not dead—they’re just not really human anymore.

Rosalyn soon discovers that all of the crew but one have been infected by a terrifying parasite, one that takes control of the victim’s mind and body. The only person who seems uninfected is the captain, Edison Aries…except, can that be possible? Or is Aries simply lulling Rosalyn into a false sense of safety, telling her that they’re fighting the threat together while he secretly schemes against her? How can Rosalyn ever know for sure? And how can she fight for humanity’s future when she can’t stop thinking about the past she has travelled so far to escape? 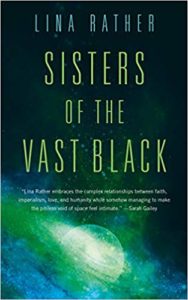 Sisters of the Vast Black by Lina Rather
(Tor, October 29)

Nuns in space! Centuries from now, the far reaches of space are dotted with colonies and moonbases, all tentatively looking in the future—a generation after the horrific intergalactic war with Earth Central Governance, and an ensuing plague of a deadly virus called “ringeye.” The sisters of the Order of Saint Rita are one of several religious groups sailing through space on an endless mission of mercy. Instead of a convent, they work and pray together in a “living ship,” an enormous bioengineered creature capable of floating through space, and instead of paying attention to every tiny directive from Rome…well…they tend to cobble together a rather loose religious life in the far reaches of space. Their Reverend Mother has taken a vow of silence, and no one dares ask why. Their communications expert only took her vows to escape poverty, and views Catholicism with the same deadpan cynicism she turns on every topic. And their chief scientist has been sending some very un-nunlike missives to another ship. But when they intercept a distress call, all theological nitpicking is set aside as they race to save a new colony. Can their living ship get them there in time? And can they fight the evil that’s waiting for them?