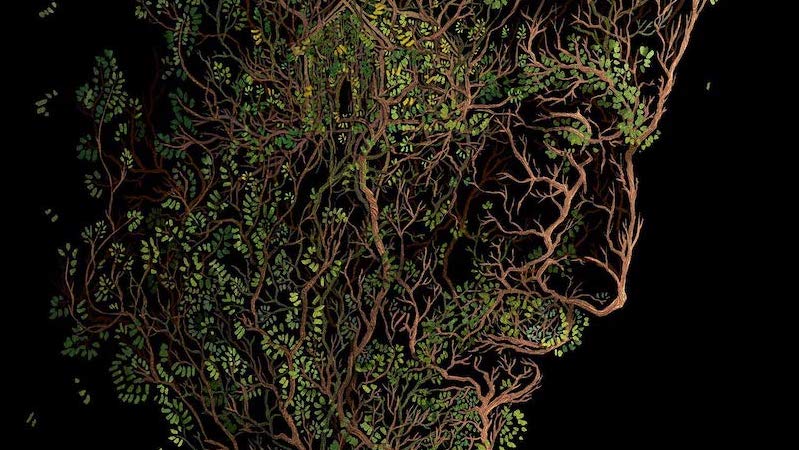 5 Sci-Fi and Fantasy Books for June

Featuring a school for mages, a sentient spaceship, and a gay Green Man tale

Full Confession: I actually like June Gloom. Many years spent in Florida have made me deeply suspicious of those of you who enjoy “sunlight” and “heat.” I have, however, done my best to round up titles that you can take to the beach (if you’re into that sort of thing) or read in a nice cool air-conditioned room (where you can observe the sun from a place of safety). This month I am proud to present a highly untraditional anthology, the return of an iconic futurist, a murder mystery in a magical boarding school, a space opera that asks “What is sentience, anyway?,” and a super queer mythic love story! 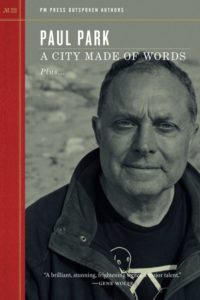 A City Made of Words by Paul Park
(PM Press, June 1)

Paul Park has long been one of science fiction’s most innovative voices, jumping from alien worlds to alternate Earth histories to magic-infused parallel realities. His latest, A City Made of Words, bends even the concept of a sci-fi anthology.

The book ranges far beyond works of sci-fi, including metafiction about the genre of sci-fi in “A Brief History of SF”; a wrenching fictional look at an MFA program with “Creative Nonfiction”; “A Resistance to Theory,” which depicts a violent, graphic war between two different schools of postmodern literature (seriously); and what may be the world’s first example of ecological erotica, “Climate Change.” Park even gives us a piece of nonfiction—not an essay, rather “A Homily for Good Friday,” which was delivered to Park’s church in New England and which aims to untangle the lines between “belief “and “faith.” Always his work looks to find the humanity at the heart of his high-concepts, and all the stories (and even the sermon) are linked by their blend of dark comedy and deep sympathy. 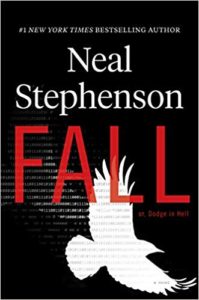 Over the course of his career Neal Stephenson has given us a near-future of corprocracies and impeccably efficient mafia-run pizza companies, a neo-Victorian Wonderland, and the amazing adventures of Alan Turing. In his latest novel he ditches Earth entirely and takes us straight to Hell.

In Fall or, Dodge in Hell, we meet Richard Dodge, a mega-billionaire game developer who decides to cheat Death (or at least slightly flummox her) by demanding to be cryogenically frozen. His family isn’t happy about it, but in order to obey his will his brain is scanned, mapped, and stored. Twenty years after his death, his own grandniece, now a software developer, decided to complete her grand-uncle’s will and upload him into a brave new afterlife: Bitworld. But unfortunately for Dodge, Bitworld doesn’t turn out to be quite the Heaven he hoped for… 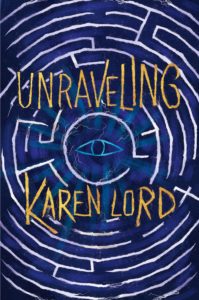 Sometimes near-death experiences come in handy. In forensic therapist’s Miranda Ecouvo’s case, her NDE attracts not just the attention of angels, but also a pair of brothers who are not exactly mortal. The brothers, called Chance and the Trickster, assist her as she figures out that the murder case she thought was solved has a terrifying new dimension. She must reopen her investigation to find a serial killer who seems hellbent on attaining immortality himself. Lord draws on Caribbean lore and uses evocative, fantastical language to blur the boundaries of reality as Miranda pursues her suspect through dreamscapes with Chance and The Trickster by her side.

Once you’ve left the real world behind, how can you ever be sure you’ve caught the killer?

Is this book a magical mystery, a boarding school tale, or an exploration of complicated family love?

Why not all three?

Hugo Award-winner Sarah Gailey introduces us to Ivy Gamble, a (mostly) functioning alcoholic San Francisco PI.  In some books, this would render her the coolest character, but unfortunately for Ivy, her twin sister Tabitha was born with magical powers and teaches at Osthorne Academy for Young Mages. The two do not speak, but when one of Tabitha’s fellow teachers turns up dead, it’s up to Ivy to solve the murder, which means investigating a school full of students who can all wield deadly, magical, force. But hardest of all? She may have to reconcile with her sister along the way. 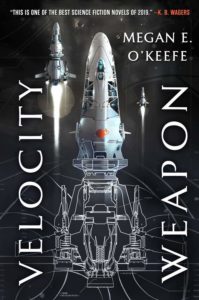 Megan O’Keefe turns to space opera in her latest novel, which asks “what exactly makes someone a person?”

Sanda Greeve remembers the rebels attacking her, and she remembers seeking the safety of an evacuation pod. But when she’s awakened, it’s not by friendly hands or enemy—the hands are not human at all. She has been rescued by a sentient ship, The Light of Berossus, and “Bero” has some bad news: she’s missing most of one of her legs…and she’s been unconscious for 230 years. Oh, and the war ended a long time ago and she might be the only human left.

Sanda tries to cope with this. She even forges a friendship with the ship, and tries to imagine a future for herself. The book alternates between scenes of Sanda’s present and the years of war, told through the flashbacks of her brother, Biran, who has his own tragedies to cope with. But even this is disrupted when Bero finds another human survivor. The discovery that could end Sanda’s loneliness is complicated when the survivor, Tomas, reveals that he was part of the centuries-old rebellion, and  that he might not be willing to leave his hatred of Sanda’s army in the past. 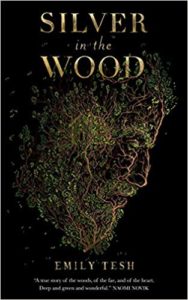 Silver in the Wood by Emily Tesh
(Tor Books, June 18)

Do you love Green Man myths? Do you wish Green Man myths were…super gay? If your answer was yes (and honestly, why wouldn’t it be) Emily Tesh has written the book of your heart.

The deep, quiet wood of Greenhollow harbors a secret. Tobias, once a man, is tethered to the forest. He lives quietly, communing with his cat and the dryads that inhabit deep woods. There is no escape from the wood, not for him, so why spend time thinking of the life he lived before?

But of course this situation can’t continue forever. And when Greenhollow Hall welcomes its new master, young Henry Silver, our poor Green Man’s afterlife is thrown into turmoil. Henry is curious, eager to learn the history of his Hall, eager to explore the wood, and, inevitably, eager to explore Tobias. But how can a man and an ancient mythological force possibly make it work?