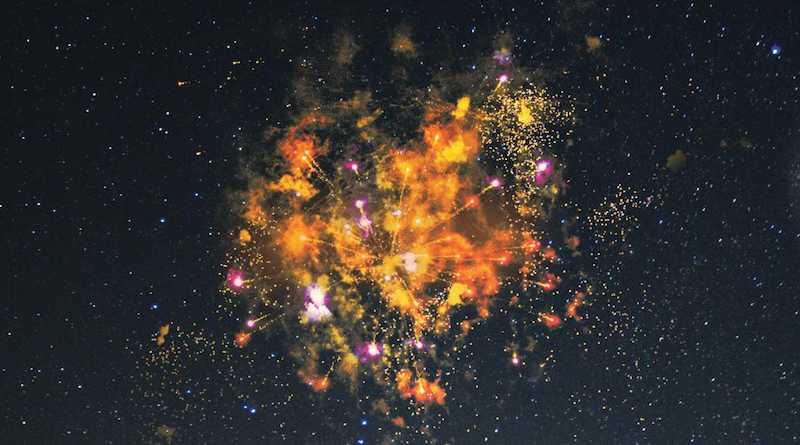 5 Reviews You Need to Read This Week: Vampires and Ghosts and Reddit Trolls, Oh My!

It’s the most terrifying time of the year, folks. Yes, the scary season is upon us and with it comes a whole slew of spooky books and ghoulish reviews to pore over like so many Weird sisters over so many bubbling cauldrons.

First up is Parul Sehgal’s fascinating New York Times essay on the significance of ghost stories in contemporary American literature—from George Saunders’ Lincoln in the Bardo to Jesmyn Ward’s Sing, Unburied, Sing—and how they serve, in a nation built on slavery and genocide, as “social critiques camouflaged with cobwebs; the past clamoring for redress.”

Over at The Washington Post, Ron Charles was pleasantly surprised by Elevation, the latest novel from horror master Stephen King. Charles was expecting a tome full of terrors but found instead “a poignant parable of prejudice overcome and resentment healed … a slim book about an ordinary man in an extraordinary condition rising above hatred and learning to live with tact and dignity.”

In her New Yorker review of The Vampire: A New History—Nick Groom’s investigation into the aspects of vampirology often overlooked by pop culture—Katy Waldman begins with a description of Twilight-era Robert Pattinson as “a tousled haircut perched atop a sheet of Dashboard Confessional lyrics” (which is our new favorite description of anything, ever) and goes on to consider the conspicuous absence of bloodsuckers in the 2018 cultural landscape.

We also take a closer look at J.W. McCormack’s Baffler piece on The Collected Stories of Diane Williams—“abstract miniature worlds of razor-sharp intellect, vivid prose stripped bare of illusion or ornament, and psychosexual longing”—and David Streitfeld’s New York Times review of Christine Lagorio-Chafkin’s We Are the Nerds: The Birth and Tumultuous Life of Reddit (shudder). 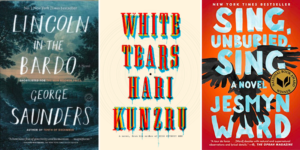 “Literature—the top-shelf, award-winning stuff—is positively ectoplasmic these days, crawling with hauntings, haints and wraiths of every stripe and disposition … The ghost story shape-shifts because ghosts themselves are so protean—they emanate from specific cultural fears and fantasies. They emerge from their time, which is why Jacobeans saw ghosts wearing pale shrouds and Victorians saw them draped in black bombazine. It’s tempting to regard these apparitions as dark mirrors—Tell me what you fear and I’ll tell you who you are … However, ghost stories are never just reflections. They are social critiques camouflaged with cobwebs; the past clamoring for redress…In the modern ghost story, especially the American kind, something different occurs. Ghosts protest norms—slavery, Jim Crow, mass incarceration—the norms that killed them…These ghosts are of America’s making. And in testifying to their deaths at the hands of police, poverty and racist violence, they lead us back to the nation’s foundational crimes of chattel slavery and genocide—as well as its energetic amnesia … Far from obsolescent, how hardy the ghost story proves as a vessel for collective terror and guilt, for the unspeakable. It alters to fit our fears. It understands us—how strenuously we run from the past, but always expect it to catch up with us. We wait for the reckoning, with dread and longing.”

“How fair is this? On Halloween, we creep into Stephen King’s lair for terrors and scares, but here he is offering us insight and courage instead. You’ll chew through a few chapters of Elevation before realizing there is no razor blade in this caramel apple. King’s new novel is trick and treat, a poignant parable of prejudice overcome and resentment healed. The calls are coming from INSIDE OUR CONSCIENCE! … This is not a novel about unleashed fury. It’s a novel about measured response, about civil respect, about how we should behave in our small, gossipy towns. Think of it as ‘Salem’s Ought’ … If Elevation isn’t an attack on Trump, it is an implicit rebuke to his crude invective and toxic divisiveness. With a skeleton crew of friends, Scott gracefully raises the town’s consciousness and expands the circumference of its appreciation. It’s a reminder of the kind of good spirit that still fills America, no matter what demagoguery we’re enduring from the top … Scoff at those hoary cliches if you must, but King, now 71, is on the side of the angels. He has written a slim book about an ordinary man in an extraordinary condition rising above hatred and learning to live with tact and dignity. That’s not much of a Halloween book, but it’s well timed for our terrifying season.”

“Williams’ stories run anywhere from a sentence to two and a half pages—but typically much shorter—into which are packed abstract miniature worlds of razor-sharp intellect, vivid prose stripped bare of illusion or ornament, and psychosexual longing. It is fiction that reads like the residue of a dream. Often there’s a sensation of being caught in a moment of self-realization or a glimpse into the embattled core of a restless psyche … The sense of a dead body, invisible but near, will persist in Williams’s stories, an existential dread barely concealed behind the fractured scenes of routine distress, as though someone took a story by John Cheever and bored a hole into its center … Scratch the surface of what masquerades as routine and you’ll come away with grit under your fingernails. To put it another way, in Williams work life is sluiced down to its inadequate if constituent parts.”

–J.W. McCormack on The Collected Stories of Diane Williams (The Baffler) 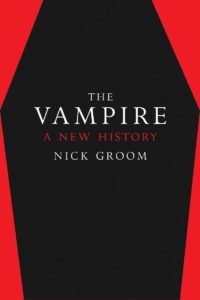 “Perhaps overexposure killed the vampire. Perhaps Robert Pattinson, a tousled haircut perched atop a sheet of Dashboard Confessional lyrics, staked the brand … One of the best things that can be said of Nick Groom’s colossally smart The Vampire: A New History is that it gets the hellion out from under its humid cloud of melodramatic pining. Groom is interested in undead Byron, but he is more interested in the aspects of vampirology that pop culture tends to neglect. (Academia, of course, neglects nothing.) Groom’s basic thesis is that ‘vampires are good to think with.’ So good, in fact, that they can be used to think about almost anything—a negative capability that, at times, leads the book into ludicrousness as it struggles to make its way back to vampires … Groom quotes from the French philosopher Emmanuel Levinas, who describes the dissociation that accompanies insomnia: ‘This impersonality absorbs my consciousness. I do not stay awake: “it” stays awake.’ One might say the same thing about vampires. The cloaked fiends appear to be hibernating through 2018, and yet something mist-like and unsettling lingers. Epistemological uncertainty? Political anxiety? Psychosexual frisson? It stays awake.”

–Katy Waldman on Nick Groom’s The Vampire: A New History (The New Yorker) 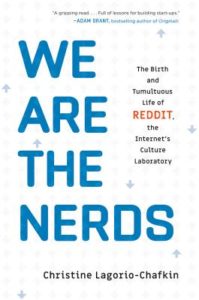 “Even then [in 2013], at a moment of techno-optimism we are unlikely to see again in our lifetimes, Reddit was a toxic swamp. It was the place you went, shrouded in anonymity, for pornography, hard-core racism, revenge porn, Nazi cheerleading, Jew-baiting, creepshots, fat-shaming, mindless anarchy and pictures of dead kids or of women who had been beaten. If anyone bothered to look, Reddit was proof that on the internet, the trolls were in charge … Reddit was created by millions of Americans with a taste for darkness. You can’t blame this one on Vladimir Putin … The title We Are the Nerds doesn’t really fit the tale. ‘We Are the Trolls’ would have made much more sense … The Reddit tale is an indictment of Silicon Valley, something [founders] Lagorio-Chafkin seems to sense but never confronts head-on, perhaps because she is so grateful for access to Huffman and Ohanian … While writing this review, I poked around Reddit. I saw some naked women, read some unusual opinions, had a few laughs at youthful sexual confessions. It was pretty benign. Maybe the site is no longer so toxic, or maybe the toxic internet has made me numb.”

–David Streitfeld on Christine Lagorio-Chafkin’s We Are the Nerds: The Birth and Tumultuous Life of Reddit (The New York Times Book Review)