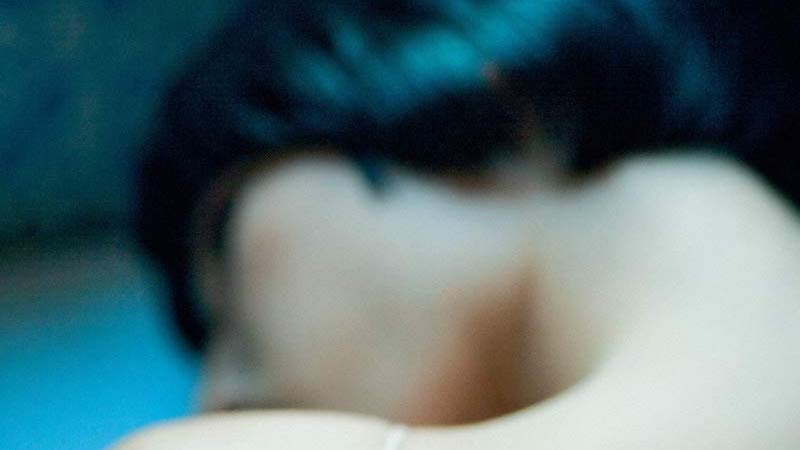 5 Reviews You Need to Read This Week:The Boredom of Bad Girl Lit

Over at the Atlantic, Hannah Giorgis was less than impressed by California senator Kamala Harris’ timely new political memoir, The Truths We Hold: “Harris doesn’t meaningfully reconcile her punitive track record as a California prosecutor with her more recent activist-adjacent positioning as a national Democratic darling.”

Conversely, The Great Believers author Rebecca Makkai absolutely loved Late in the Day, British author Tessa Hadley’s tale of the intense relationship between two couples. In her glowing New York Times review of the novel, Makkai writes: “It’s to her great credit that Hadley manages to be old-fashioned and modernist and brilliantly postmodern all at once.”

We’ve also got Dan Chiasson’s New Yorker essay on Sally Wen Mao’s Oculus (“These poems are haunted by images of human faces staring out from all kinds of screens, faces that are themselves screens upon which the world projects its fantasies and anxieties”) and a final review (of An Orchestra of Minorities, Chigozie Obioma’s “spectacular artistic leap forwards”) from renowned Irish Times book critic Eileen Battersby, who tragically lost her life in a car accident in December.

“More than 150 years after Bovary breathed her last, the market is flush with psychopathic she-beasts and irredeemably miserable vipers. Villainous bitches are popping up everywhere … What we’ve come to call domestic thrillers have become, by and large, stories about psychos in shitty marriages. Unfortunately, many of these psychos are one-dimensional—angry women without a shred of complexity, cardboard storyboards for the inevitable film adaptation. No novelist exemplifies the genre at its best and worst more vividly than Leila Slimani … [Adèle is] a thriller only if you consider dozens of unsatisfying sexual trysts conducted with all the titillation of a Chia Pet commercial thrilling. Adèle is, at best, an oxymoronically sex-filled dud. At worst, it’s offensively oblivious to the idea that female characters in novels have, in fact, had sex before. It takes the premise of Madame Bovary—a discontented young woman imprisoned by her insatiable desires—and muddies Flaubert’s clarity of purpose into a tangle of sweaty limbs with a cigarette dangling out the side … I’ve never been so bored by kinky descriptions of cunnilingus or thrusting hips. Absent a compellingly conflicted psyche, knowing from the beginning that the protagonist gets no pleasure from a tongue on her body or a finger on her clitoris damns the whole enterprise … Adèle and its shelf-mates have been lured by the siren song of Bad Girl Literature—novels conceived entirely around the premise that women will read and share them with delight because the protagonists are naughty, or downright psychopathic, and that this represents a new horizon in literature.”

“…unlike Harris’s many viral #resistance moments and meticulous snapshots of relatability, the memoir itself is a meandering work that lacks verve. More significantly, given far more than 280 characters to deliver a cohesive message, Harris doesn’t meaningfully reconcile her punitive track record as a California prosecutor with her more recent activist-adjacent positioning as a national Democratic darling … The book offers anecdotes meant to endear her to a diverse (or #woke) readership as well as glimpses into Harris’s political worldview; the resultant mix is somewhat muddled … the lofty language is a tough fit with Harris’s policy track record. As others have noted, her tenure as California’s so-called top cop reveals a series of choices that are often incongruous with the social-justice-inflected rhetoric of The Truths We Hold … The Truths We Hold lacks the literary finesse that distinguished Obama as a memoirist and endeared him to voters. Instead of weaving a political vision into the biography of its author, it assembles itself rather like a campaign pamphlet … By this logic, it is tempting for some to view Harris’s marginalized identities as evidence enough of her progressive politics. Throughout The Truths We Hold, Harris fans this ideological beatification without deeply interrogating its roots or its consequences. For those already inclined to find her highly tweetable brand of #resistance rhetoric appealing, the memoir offers up palatably anti-establishment quotes for possible tote-bag screen-printing. If only it presented a holistic political foundation instead.”

–Hannah Girogis on Kamala Harris’ The Truths We Hold (The Atlantic)

“An Orchestra of Minorities is presented in flashback, in the form of a detailed court appeal delivered to a divine jury. Each chapter begins with Chi framing an eloquent intercession that draws on both logic and the old beliefs … Obioma’s frenetically assured second novel is a spectacular artistic leap forwards. Warm, earnest and often beautiful, The Fishermen was impressive, although its narrative voice was at times too formal to be fully convincing. There is nothing tentative about this new book, a linguistically flamboyant, fast-moving, fatalistic saga of one man’s personal disaster … Rich in folklore and the daily colour of ordinary life juxtaposed with the spirit world resonating all around it, Obioma’s morality tale triumphs through the character of the kindly Chi, hovering over the action as if wringing his hands. It is Chi who observes the humans as they fool themselves and each other: seeking truths and telling lies, aspiring and failing … Few contemporary novels achieve the seductive panache of Obioma’s heightened language, with its mixture of English, Igbo and colourful African-English phrases, and the startling clarity of the dialogue. The story is extreme; yet its theme is a bid for mercy for that most fragile of creatures—a human.”

“There are eyes everywhere in Oculus, but not all of them are blessed with sight. Some are all-seeing, panoptic; others are yearning and blinkered, unable to return the gaze they attract. These poems are haunted by images of human faces staring out from all kinds of screens, faces that are themselves screens upon which the world projects its fantasies and anxieties … The poems in Oculus are rangy, protean, contradictory. They offer an alternative to the selfie, that static reduction of a person to her most photogenic poses … Contemporary poetry is full of scrupulously researched, rather lifeless ‘project’ books; a lesser poet than Mao might have stuck to the historical Wong, out of some misplaced sense of fealty or respect. But Mao’s fabricated [Anna May] Wong is a wild creation … The real escape, Mao’s work suggests, is poetry, which tracks the mind as it moves through embodiments not transmittable by visual means. I thought of the sublime conclusion of Yeats’s ‘Among School Children’: ‘O body swayed to music, O brightening glance, / How can we know the dancer from the dance?’ ”