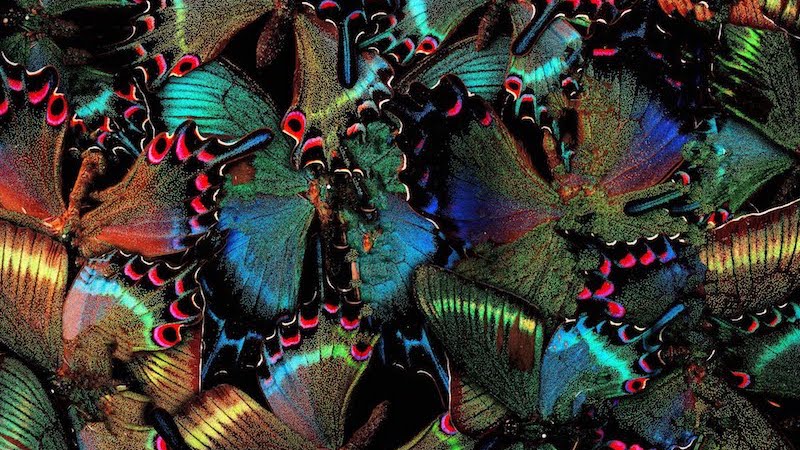 5 Reviews You Need to Read This Week: Portraits of Marginalized America

Plus Samanta Schweblin's creepy stories, Yiyun Li's novel of loss, and Jill Abramson versus the youth

What better way to ward off the bitter winter cold than with a few hot takes? Lucky for you literary-minded, January blues-sufferers, we’ve got a veritable blaze for you to huddle around.

In his New York Times piece on David Truer’s The Heartbeat of Wounded Knee, Yale professor Ned Blackhawk (Western Shoshone) commends the author for his “informed, moving and kaleidoscopic portrait” of Native America from 1890 to the present day.

Meanwhile, The New Republic‘s Jo Livingstone had some very mixed feelings about former New York Times Executive Editor Jill Abramson’s (already controversy-plagued) examination of the American news industry in the 21st century, Merchants of Truth: “It is very clear where Abramson’s heart lies, and the heart tends to lead one’s head. The chapters on the Times and the Post are excellent. The other chapters are not.”

We also take a closer look at Parul Sehgal’s New York Times review of acclaimed Chinese-American writer Yiyun Li’s new novel, Where Reasons End (“For Li, to apply her own language to suicide means to understand suicide as the most private of decisions, to address it without cheap sentiment or condemnation”), as well as Michael Schaub’s NPR rave of Samanta Schweblin’s delightfully creepy new collection of short stories, Mouthful of Birds (“just as ethereal and bizarre as its predecessor [Fever Dream], and it proves that Schweblin is a master of elegant and uncanny fiction”).

“Through memoir, interviews and extensive reading, Treuer counters the familiar narratives of invisibility that have so readily frozen America’s indigenous peoples. Interweaving stories from family members, the voices of policymakers and assessments of contemporary youth culture, the book introduces alternative visions of American history. The result is an informed, moving and kaleidoscopic portrait of ‘Indian survival, resilience, adaptability, pride and place in modern life.’ Rarely has a single volume in Native American history attempted such comprehensiveness … Treuer adeptly synthesizes [several] recent studies and fashions them with personal, familial and biographic vignettes. He works hard to connect the past with those who live with its ongoing legacies … Through the book’s second half, recounting developments since World War II, Treuer’s counternarrative to [Dee] Brown takes its fullest form. In particular, his detailed assessments of what he calls ‘becoming Indian’ highlight the resiliency and dynamism of contemporary tribal communities … Ultimately, Treuer’s powerful book suggests the need for soul-searching about the meanings of American history and the stories we tell ourselves about this nation’s past.”

“What emerges from this braiding and reworking of disparate texts is a highly imaginative and politically deft portrait of childhood within a vast American landscape. The parents and their children—one of whom narrates parts of the book—see and imagine the same territory differently, their experiences and those of the young migrants traveling elsewhere in the desert overlapping and separating again to create a kind of patchwork representation of how America might see itself … A rollicking tale that contains within it an extremely disciplined exercise in political empathy—what might it be like, the novel imagines, for children and their parents to be separated, lost in a hostile environment—this is especially unsettling to read at a time when asylum­seeking families have recently been tear-gassed at the border and US companies are reportedly reaping hundreds of millions each year from the detention of immigrant minors … Luiselli performs a perspectival shift that shows the reader something she wouldn’t normally see, and also maps the past onto the present in ways that can reveal hidden contours in both.”

“Admirers of Schweblin’s work will be delighted to learn that she hasn’t lost any of the atmospheric creepiness that made Fever Dream such an unsettling ride. Her new short story collection, Mouthful of Birds, is just as ethereal and bizarre as its predecessor, and it proves that Schweblin is a master of elegant and uncanny fiction … Schweblin is gifted at treating the otherworldly with a matter-of-fact attitude, writing about the surreal as if it were unremarkable … some authors seem to be in love with their own quirkiness, but Schweblin writes about even the oddest situations with a self-assured confidence; she never winks at the reader or revels in her own cleverness … Schweblin evokes feelings of dread and existential horror in a way that’s deceptively simple. And her writing, beautifully translated by Megan McDowell, is consistently perfect; she can evoke more feelings in one sentence than many writers can in a whole story … Mouthful of Birds is a stunning achievement from a writer whose potential is beginning to seem limitless.”

“To write the history of the news industry in the twenty-first century, Abramson juxtaposes the troubles of the Times and The Washington Post with the rise of Vice Media and BuzzFeed. It is very clear where Abramson’s heart lies, and the heart tends to lead one’s head. The chapters on the Times and the Post are excellent. The other chapters are not … But therein lies the key to understanding Abramson as a journalistic animal. She derides new digital media as much with her tone as with her reporting, and yet the very same digital journalists she maligns now wield great influence within the industry—precisely as this book contends, while failing to truly reckon with how this all came to pass … Her account of being fired [by the Times] in 2014 makes Merchants of Truth essential reading…The Times is an opaque institution and these details are as delicious to read as they are rare … mistakes fall into two overlapping categories: denigrating the credentials of young journalists working for BuzzFeed and Vice and poorly researching their biographies…These sections read like Abramson is speaking from a place of ill-informed bitterness over print’s loss of supremacy. They also speak to her failure as an interpreter of how media has changed … Abramson’s rudeness to ‘woke’ writers misses something crucial: the very serious political convictions that inform the work of younger journalists. Empathy for other people, an outspoken concern for gender equality, a recognition of the personal and professional stakes of representation: these are fundamental principles in new digital journalism, not afterthoughts.”

“In 2012, the novelist Yiyun Li twice tried to take her own life. She wrote of the experience in Dear Friend, From My Life I Write to You in Your Life, a series of enigmatic essays in which she traced her depression and lifelong desire to disappear. ‘You should be very careful every day for the rest of your life,’ she recalled a doctor warning her. ‘Things could sneak up on you.’ There was no subtle creep of sadness to watch for, however. What happened was blunt and nightmarish. Months after the book was published, in 2017, Li’s 16-year-old son killed himself … Where Reasons End belongs to a band of books produced in the forge of intense pain; their authors, aristocrats of suffering—think of The Year of Magical Thinking and Blue Nights, Joan Didion’s memoirs of the deaths of her husband and daughter in close succession … For Li, to apply her own language to suicide means to understand suicide as the most private of decisions, to address it without cheap sentiment or condemnation … As the title alerts us, this book takes place in a territory beyond reason, in all its connotations—beyond explanation or understanding. The mother does not require them. In the final reckoning, there is nothing she needs from Nikolai other than his company, his ghost; to carry him for a moment more, to keep the story going.”