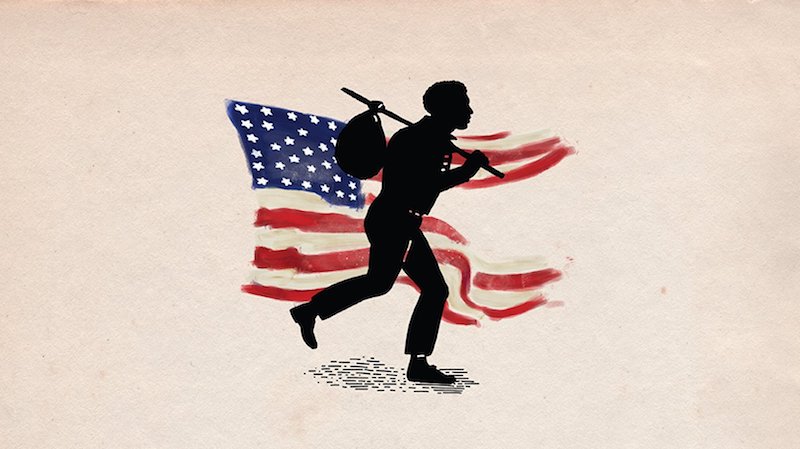 5 Reviews You Need to Read This Week: Amazon Employees and American Torture

Plus Rumaan Alam on Degas' dancer, Weike Wang on Yukiko Motoya’s surreal stories, and the fugitive slaves of the antebellum south

America’s long history of utilizing and justifying torture, the deadening nature of work in an Amazon warehouse, and the ways in which the scourge of pre-Civil War white supremacy mirrors our current political reality: these are just some of the sobering but vital topics considered by our five highlighted reviews this week.

In his disquieting Los Angeles Times review of Civilizing Torture: An American Tradition, Colin Dickey writes that the book convincingly makes the case “that torture is a fundamental part of America’s history and makeup.”

Over at the New Republic, Josephine Livingstone considers Seasonal Associate—Heike Geissler’s account of working in Amazon’s “fulfillment center”—and the profound alienation of the Amazon worker. “Embedded into the very narrative structure of Seasonal Associate,” Livingstone writes, “is Geissler’s awareness that the laborer under capitalism, bereft of control, splits into multiple selves who are alienated from each other.”

“Some of the questions that preoccupied Americans in the 18th and 19th centuries continue to hold an eerie and urgent resonance in our own,” The New York Times‘ Jennifer Szalai concludes after reading Andrew Delbanco’s sweeping history of America’s original sin, The War Before the War. 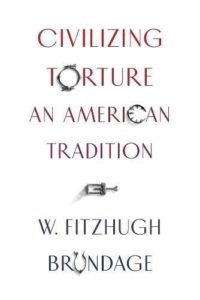 “Civilizing Torture: An American Tradition offers a sobering history of how American communities and institutions have relied on torture in various forms since before the United States was founded. From indigenous American cultures’ use of ritualized torture to the techniques imported from Europe by early European settlers, to the various acts of cruelty and violence employed by prison guards, slave owners, the police and American soldiers, Brundage makes the (in retrospect obvious) case that torture is a fundamental part of America’s history and makeup … By putting people like those enslaved Americans outside the protection of the law, courts have routinely legitimized and justified torture, all while maintaining the fiction that we are a nation of laws … Days after Lt. William Calley was convicted of murder for his role in My Lai, Reinhold Niebuhr commented: ‘This is the moment of truth when we realize we are not a virtuous nation.’ Brundage’s book does more than just affirm Niebuhr’s statement; it answers how we deceive ourselves into thinking we are a virtuous nation.”

“Embedded into the very narrative structure of Seasonal Associate is Geissler’s awareness that the laborer under capitalism, bereft of control, splits into multiple selves who are alienated from each other. Who is the ‘I’ who works for Amazon, and why is she so quiet? Geissler presses down hard on the identity changes that take place inside the worker who does not see herself in her work, then sublimates that analysis into the texture of her account … When the writer-self quotes lines from smart people who have also tried to understand how work and money affect the human experience, it is as if she is trying to soothe the Amazon-worker-self with memories of the other part of her brain, which still survives, though starved of oxygen. This all feels so terrible, she seems to say, but it doesn’t mean you’re not a writer. The working conditions do sound terrible, unrelentingly so … Meanwhile the work—the work itself, not the conditions—grows absurd to a point beyond alienation, a point beyond language … Seasonal Associate makes working in an Amazon warehouse sound exactly as unpleasant as it is. As New York City reels from the news that the corporation will be taking up residence in Queens, and as protests by Amazon workers disrupted Black Friday across Europe, America’s culture of instant consumerism is being forced, at last, to confront the fact that this labor is done by people … This book is required reading for any consumer with a conscience. You won’t leave it without taking action.”

“So much has been written about antebellum America that little of the information in The War Before the War is new; the light it sheds, however, most definitely is. Delbanco excavates the past in ways that illuminate the present. Some of the questions that preoccupied Americans in the 18th and 19th centuries continue to hold an eerie and urgent resonance in our own. How to reconcile irreconcilable values? What distinguishes ‘prudence’ from ‘cowardice’? Can incrementalism aggravate, rather then alleviate, injustice? When does the veneration of civility allow brutality to flourish? Delbanco traces how the compromises of the Constitution, along with the long history of compromise in the century that followed, tried to paper over a violent reality, disguising a moral issue as a technical one. But the slaves who ran away repudiated that fantasy. They were persistent reminders of the truth … Delbanco depicts a republic that kept facing the problem of white supremacy and kept electing to punt … as he lucidly shows, it was in the name of avoiding conflict that the nation was brought to the brink and into the breach. As early as 1827, the editors of Freedom’s Journal, one of the country’s first black newspapers, warned that all the deflecting and deferring could only sustain a terrible accommodation for so long. ‘National sins,’ they wrote, ‘have always been followed by national calamities.’ ”

–Jennifer Szalai on Andrew Delbanco’s The War Before the War: Fugitive Slaves and the Struggle for America’s Soul (The New York Times)

“Little Dancer Aged Fourteen is a strange hybrid of art history and art appreciation, a personal narrative that reads like a novel … the author’s obsession is, if not contagious, at least fascinating … While Laurens is captivated by Marie [the dancer], there’s simply more known about Degas. It’s only a biography in the most roundabout way … Laurens wants to treat Marie, transformed by Degas into an object, as this book’s subject. It’s quixotic, but also magical. I thought of Patrick Modiano, the Nobel Laureate whose novels often use the conventions of crime stories but offer little resolution or satisfaction. In Laurens’s work, as in so many of Modiano’s stories, the thread unravels into maddening loose ends … She has not solved a mystery (even if she turns up some interesting tidbits from various archives), but Laurens has done something more challenging: she’s captured what it feels like to think. Her enthusiasm, the million little connections that she makes between the dancer, the artist, and her own life, subsume the reader … Unanswered are the questions of what art is for, who Marie was, and even whether or not Laurens likes Degas. I take this as a measure of her success as a critic. Some questions can’t be answered, but that doesn’t mean they shouldn’t be asked.” 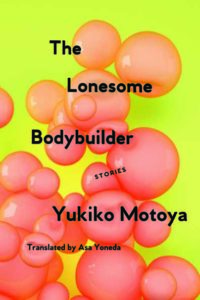 “In Yukiko Motoya’s delightful new story collection, the familiar becomes unfamiliar. Characters change; literally, their facial features move, morph, disappear. Each story begins unsuspectingly—a clerk helps a woman in a changing room, a wife decides to go to the gym—and, from these seemingly realistic setups, the magical and the surreal unfold…Motoya wins over her audience by pushing the absurd to extremes … The collection’s longest story, ‘An Exotic Marriage,’ is more of a novella, and explores physical transformation as a metaphor for the shifting of identities in a relationship. A married couple begin to look like each other, and the wife wonders how she can prevent it … The writing itself is to be admired. Where does Motoya find lines like ‘When I woke up and looked in the mirror, I saw that my face had finally begun to forget who I was’? Or: ‘What really would have happened if I’d gotten on the roller coaster that day? I have the feeling I would have met a version of myself I don’t know now’? Or: ‘Weeping, I swung at her head with a club I’d taken off a man I’d kicked to the ground’? Certainly the style will remind readers of the Japanese authors Banana Yoshimoto and Sayaka Murata, but the stories themselves—and the logic, or lack thereof, within their sentences—are reminiscent, at least to this reader, of Joy Williams and Rivka Galchen and George Saunders.”