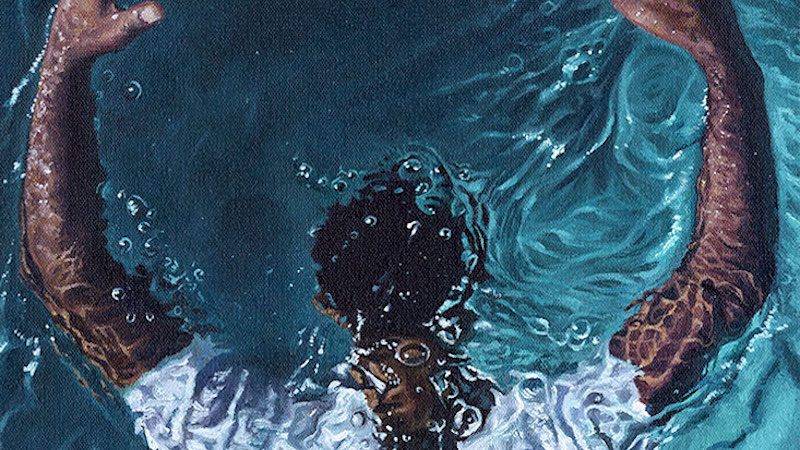 5 Reviews You Need To Read This Week

“…as moody, spare, and intense as a Picasso line drawing. In just under 200 pages [Woodson] confronts the indelible marks of youthful indiscretions and the way we explain our adolescence to our adult self in lovely, granular mise-en-scènes … The beauty of this work is in its velvety shifts from the past to the present. Woodson shows that to understand the soul of a woman, we must understand the heart of the girl she once was … This poignant tale of choices and their aftermath, history and its legacy, will resonate with mothers and daughters. There is pain on these pages, but hope glimmers between the lines. If trauma is a cursed heirloom handed down through the decades, maybe love is the cure passed upward from the young to the old, a bright promise that gleams like a hidden bar of gold.”

“Moser takes Sontag at her word and is as unillusioned about her as she is about herself. The solid literary achievement and spectacular worldly success that we associate with Sontag was, in Moser’s telling, always shadowed by abject fear and insecurity, increasingly accompanied by the unattractive behavior that fear and insecurity engender. The dauntingly erudite, strikingly handsome woman who became a star of the New York intelligentsia when barely thirty, after publishing the essay ‘Notes on Camp,’ and who went on to produce book after book of advanced criticism and fiction, is brought low in this biography. She emerges from it as a person more to be pitied than envied. If the journals authenticate Moser’s dire portrait, his interviews with friends, lovers, family members, and employees deepen its livid hue. … Moser’s exasperation with Sontag is fuelled by something that lies outside the problematic of biographical writing. Midway through the biography, he drops the mask of neutral observer and reveals himself to be—you could almost say comes out as—an intellectual adversary of his subject … Moser’s biography, for all its pity and antipathy, conveys the extra-largeness of Sontag’s life. She knew more people, did more things, read more, went to more places (all this apart from the enormous amount of writing she produced) than most of the rest of us do. Moser’s anecdotes of the unpleasantness that she allowed herself as she grew older ring true, but recede in significance when viewed against the vast canvas of her lived experience. They are specks on it.”

–Janet Malcolm on Benjamin Moser’s Sontag: Her Life and Work (The New Yorker)

“On its surface, [The Water Dancer] is a traditional resistance narrative…But its most enduring concern is remembrance, or rather, recovery: the need for black people to recover a part of their history that conjures so much pain, and for white people to recover their own debt to that history … The novel is at its best when Coates is excavating…subtler truths. If Hiram’s awareness that freedom is meaningless without family is one, then Coates’s refusal to cast his black characters as simple heroes or victims is another … The novel’s publicists have made much of the fact that Toni Morrison’s work inspired Coates’s novel…But The Water Dancer has far more in common with Octavia Butler’s Kindred, another plantation novel that, like The Water Dancer, features a science fiction element … In The Water Dancer, the purpose of Hiram’s super-power is less clear. Apart from the obvious point it makes—remembering one’s ancestors, no matter how painful, is the key to one’s strength, the key to freedom—it is mostly a distraction … Like Kindred, whose main character is married to a white man and partially descended from slave-owners, The Water Dancer seems to dwell on interracial ties to remind us how deeply black and white histories are intertwined. In the United States at least, it is not just blood-ties that many of us share, but the ties of a deeply knotted past.”

“… seems to have been written reluctantly: a memoir by a celebrity dissident dedicated to the cause of digital privacy. There were surely market incentives for the book to take the form it has: publishers prefer personal revelations to manifestos. But for all the storytelling it is a manifesto all the same. The innocent boy grows up in a digital paradise that becomes a fallen world when government and capital learn how to control it … In revealing everything he did, including his own identity, to the probable detriment of his health, wealth and sanity, Snowden was also violating his own privacy. Permanent Record takes that self-violation as far as it can go. About the other characters in his life, there is just enough to provide the narrative with color … In the wake of Russiagate, it’s common to hear people, even left-leaning journalists, speculate that Snowden has been a Russian agent all along, especially now that the US intelligence services have rebranded themselves as the strongest institutional branch of the #Resistance to the current president. Meanwhile the government’s machines of repression, those carefully cooled datacentres, hum along in Maryland, Utah and Hawaii.”

“Dystopian stories are, in essence, thought experiments. And few come as thoughtful as The Divers’ Game … It isn’t the most original premise in dystopian fiction, but Ball clearly isn’t trying to reinvent any genre tropes. Rather, he’s plumbing the depths of a familiar conceit, attacking it from a fresh angle, and constructing a parable that’s jarring in its subtle complexity and profound, horrific revelation … Ball writes like a man swept up in this inhumane social order, enraptured by its casual barbarism; he pens bloodcurdling hymns and anthems that reinforce the caste system … as much of a Shirley Jackson-esque premise as it is an exquisite probe of liminal zones and psychogeography between the privileged and the oppressed … While Ball steers clear of—or compellingly doubles down on—some of the clichés of dystopian fiction, he falls prey to one of the worst: the ungainly infodump … barrels forward in a cascade of quiet suspense and eerie worldbuilding … If dystopian stories serve as thought experiments, the best ones also function as heart experiments. And with The Divers’ Game, Jesse Ball has unsettlingly accomplished both.”