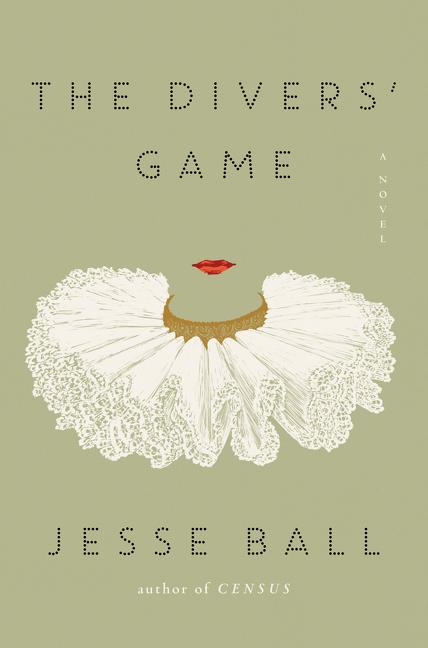 The old-fashioned struggle for fairness has finally been abandoned. It was a misguided endeavor. The world is divided into two groups, pats and quads. The pats may kill the quads as they like, and do. The quads have no recourse but to continue with their lives. The Divers’ Game explores the consequences of violence through two festivals, and through the examination of a woman’s final moments.

What The Reviewers Say
Rave Jason Heller,
NPR
Dystopian stories are, in essence, thought experiments. And few come as thoughtful as The Divers' Game ... It isn't the most original premise in dystopian fiction, but Ball clearly isn't trying to reinvent any genre tropes. Rather, he's plumbing the depths of a familiar conceit, attacking it from a fresh angle, and constructing a parable that's jarring in its subtle complexity and profound, horrific revelation ... Ball writes like a man swept up in this inhumane social order, enraptured by its casual barbarism; he pens bloodcurdling hymns and anthems that reinforce the caste system ... as much of a Shirley Jackson-esque premise as it is an exquisite probe of liminal zones and psychogeography between the privileged and the oppressed ... While Ball steers clear of — or compellingly doubles down on — some of the clichés of dystopian fiction, he falls prey to one of the worst: the ungainly infodump ... barrels forward in a cascade of quiet suspense and eerie worldbuilding ... If dystopian stories serve as thought experiments, the best ones also function as heart experiments. And with The Divers' Game, Jesse Ball has unsettlingly accomplished both.
Read Full Review >>
Rave Spencer Ruchti,
The Rumpus
... a carnivalesque novel of historical amnesia and uncanny violence ... glaringly political, but there’s something aloof about Ball’s novel, too, a signature quirk reminiscent of his strangest early work ... There’s a lesson, perhaps, but in Ball’s disjointed narratives and sparse prose, that lesson becomes pleasantly unclear. His is not a language that trivializes violence; it’s a language that exposes it ... a lively, unexpected work of fiction. The pleasure of Jesse Ball’s work comes in his playfulness, his collaboration with the absurd, and the 'cast off' feeling of his prose that’s somehow both minimalist and made for theater. Ball indulges in imperfection, often with a veneer of simplicity that emerges from deep knowledge of folklore, parable form, and childlike desire.
Read Full Review >>
Positive Katy Waldman,
The New Yorker
Ball maps the delusions of a society that lacks kindness but compulsively tells itself stories about its virtue. (In this, the resonances between his nameless country and our own seem unavoidable.) ... most of these characters, corroded by complicity, can’t or won’t identify the source of their pain. Here, Ball’s guileless style serves as psychological characterization, conjuring people who long, above all, to remain blameless ... Ball asks whether true innocence can exist in the society he imagines ... Ball shows how a social order that excites destruction at empathy’s expense eventually consumes its own—and I worried, at times, that the book would likewise consume itself in moral outrage. Yet three of the novel’s four parables refuse resolution outright; the language, rich and inscrutable, is both a barrier to and a protest against certainty. One must conduct extracurricular research to uncover what Ball says is the simple aim of his fiction ... The novel’s focus on empathy may open it to charges of sentimentality, but there is little in The Divers’ Game to flatter the hope that people have any interest in treating each other well. Ball, instead, conveys a warm pity, or a mediated grace.
Read Full Review >>
See All Reviews >>
SIMILAR BOOKS
Fiction

Girl A
Abigail Dean
Rave
What did you think of The Divers' Game?
© LitHub | Privacy