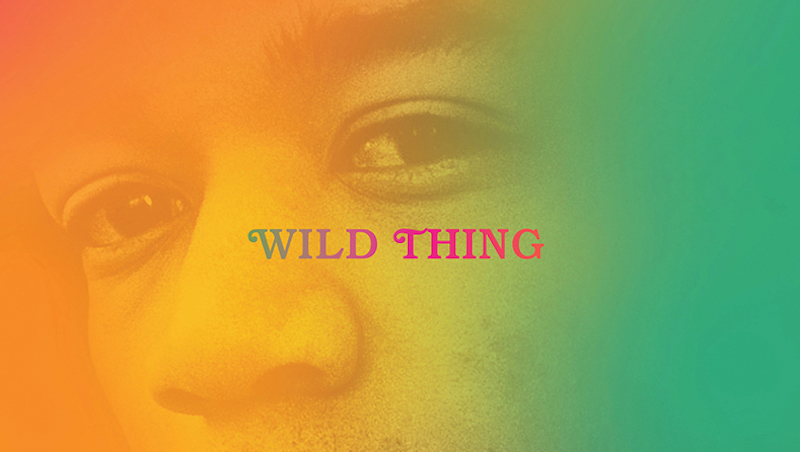 “Wild Thing is good on Hendrix’s meteoric impact on Swinging London (and then the world), the crater he left in consciousness. It’s not quite as good on the precise electric-acoustic dimensions of that crater. But that’s always the challenge with Hendrix: How to describe, how to even verbally gesture at, the extraordinary sounds he made? Or to reconcile this diffident, melancholy man with the Promethean audacity of his art? The best analysis in the book, rather poetically, comes from an unnamed Finnish journalist quoted by Norman, who reviewed a Hendrix show in 1967 and heard ‘a voice from the reality of today’s worldwide information network that effectively spreads both terror and delight’ … Where Wild Thing succeeds, sometimes spectacularly, is in its retelling of the Hendrix fairy tale: the story of little motherless ‘Buster’ Hendrix, pigeon-toed from years of too-small shoes, rising out of deprivation and the blue-cold Seattle winter to storm the spires of rock and roll … Hendrix carried sadness with him all of his short life, a kind of emotional dispossession for which he compensated with sartorial flamboyance, huge amounts of sex, a keen interest in UFOs, etc. It also poured through his guitar, of course. And a sadness sets in as one reads the last two chapters of Wild Thing. It’s the sensation of Hendrix slipping out of the story, out of this world, out of the hands of another biographer.”

“This is the era of Jim Crow and strictly enforced miscegenation laws, a milieu Robinson evokes with small, deft strokes … When Jack opens his mouth, he tends to say the same six or seven things, as if Robinson were pulling a string in his back … This is probably the place to say that, like a lot of readers I know, I’m divided about Robinson’s novels. On the one hand, there’s Gilead, which won a Pulitzer Prize in 2005 and which patiently accrues grace and power. On the other hand, to open her other novels, including this one, is largely to enter a remote, airless, life-denying, vaguely pretentious and mostly humorless universe, where it is always Sunday morning and never Saturday night, where the same bespoke arguments about religious feeling are rehashed, where a lonely reader enters, sniffs the penitential air and asks: Who died? … Jack is a charmer who is seldom allowed to charm. We’re told he plays barrelhouse piano in bars, that he cuts loose on payday, that he’s a gifted and inveterate criminal. His motto might be carpe noctem. Yet we’re not allowed to see whatever jubilation he finds on the night side of life. He’s a moth, ostensibly drawn to flame, yet rigid because there’s a pin through his thorax. We witness only the hangover, moral and otherwise, the downcast eyes on the morning after. In this novel, he’s the dullest bad boy in the history of bad boys. He’s made to sit perpetually in the corner, facing the wall … You rarely sense base emotion of any variety in Jack. Jack and Della, unlike Stanley and Stella, are not allowed, for example, to revel in anything as simple as lust. They shyly titillate only each other’s souls … Della, in her deep need to shake off the expectations of family and society, is a fascinating character, and should resonate far more than she does. Neither she nor Jack seems to have independent life. You sense them placing their heads directly into the halters the author has made for them.” 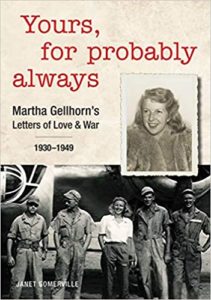 “If journalism is a rough draft of history, then war reportage is very rough indeed. In the hurly-burly of violent conflict, journalists have none of the historian’s Olympian overview of motives and consequences. The fog of war falls on correspondents as well as on generals—propaganda, prejudice, ignorance, and the need to tell engaging stories to faraway readers limit and distort their vision. Censorship and partisanship disguise the naked truth. War correspondents can seem, even to themselves, like parasites on misery … Martha Gellhorn was many things, including a novelist and short story writer, but a ‘relator of Wars’ is the most important of them. She was certainly no saint and did not wear a white uniform. She was well aware of the treacherous allure of tall tales from the battlefront…She was not a neutral observer—she cared far too much for democratic values and was too enraged by cruelty to believe in what she called ‘all that objectivity shit’ … Her journalistic work is so closely intertwined with terrible historical events that it seems odd to say that Gellhorn was really an anti-historian. Her dispatches were not first drafts of histo ry; they were letters from eternity…It is her ability to capture the precise and particular while doing justice to the terrible futility of this sameness that makes Gellhorn’s reportage so genuinely timeless. When we read her, we are simultaneously drawn into the uniqueness of a moment and into the undertow of her distraught awareness that this moment, in its essence, has happened before and will happen again … [the letters] are also precious traces of the turbulent, passionate, relentless, self-examined inner life of a woman of honor whose indomitable character is beautifully summed up by her mother in Somerville’s invigorating collection: ‘She lacks everything that makes living easy, she possesses most things that make it worthwhile.’ ”

–Fintan O’Toole on Yours, for Probably Always: Martha Gellhorn’s Letters of Love and War, 1930–1949, edited by Janet Somerville (The New York Review of Books)

“The novel works well as a piece of office satire but loses its way in the last third as it refocuses on the undoing of Supercollider. Dragged down by long action sequences, and without a glimpse of the outer world—no panorama of civilian desperation, no Gotham on the verge—it becomes less a subversive take on power and more a straightforward comic book story. Still, the pleasure of the novel is the slow rollout of the rules. Creating a universe involves inventing lots of little problems, and the solutions here don’t disappoint … The ending suggests that a potential solution, at least for Anna, might be a solid job, a nice bright workstation, a handful of likable colleagues and ambition fulfilled. Allegiance is required, Walschots seems to say, to either corporate tech lords or the police state. Bleakly, maybe realistically, the novel does not leave room for a third option: that the only worthy master is no master, and that our unlucky years can, in fact, be our own.” 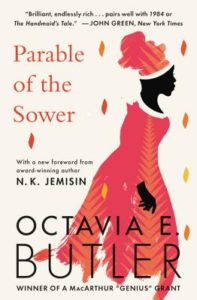 “Parable of the Sower and Parable of the Talents contain many plot elements that seem to have ‘predicted’ our current circumstances. But because Olamina’s story is also the story of a prophet—and because Butler is interested in how people might retain their humanity and direction through conditions of extreme chaos and change—the Earthseed books are instructional in a way that other apocalypse fictions are not. They are not prepper fiction, though reading them will teach you a thing or two about go bags and the importance of posting a night watch. According to people who love the books, myself included, they offer something beyond practical preparations: a blueprint for adjusting to uncertainty … Butler’s books resonate right now because the apocalypse they describe is not singular but a series of them. There’s no major event that wracks the United States, just an accumulation of serious problems (climate change, inequality), and second-order crises (hunger, war, an epidemic of abuse of dangerous designer drugs) … You don’t have to believe in space colonization, I don’t think, to believe in the idea of Earthseed. Any ‘sweet and powerful positive obsession’ will do. And if there was ever a time to develop one, it’s now.”