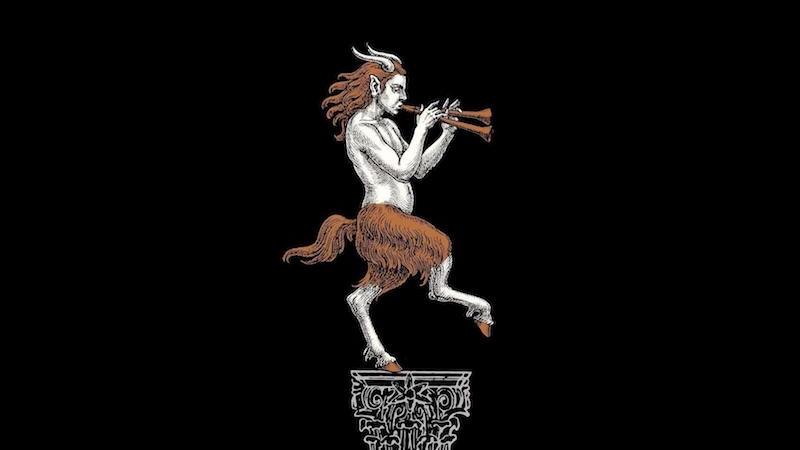 Our quintet of quality reviews this week includes Hari Kunzru on Ayad Akhtar’s Homeland Elegies, Hillary Kelly on Susanna Clarke’s Piranesi, J. Howard Rosier on Claudia Rankine’s Just Us, Ashley Naftule on Alex Ross’ Wagnerism, and Julian Lucas on Hervé Guibert’s To the Friend Who Did Not Save My Life.

“… moving and confrontational … a cascade of scenes and stories that vibrate with the stressful contradictions of an American Muslim life … The many unacknowledged failures of American policy and the coarsening of popular attitudes form the matrix in which Akhtar’s stories grow. He has an unerring sense for the sore spots, the bitter truths that have emerged from this history … Homeland Elegies is presented as a novel, Akhtar’s second, but often reads like a series of personal essays, each one illustrating yet another intriguing facet of the narrator’s prismatic identity. Like all autofiction, it induces the slightly prurient frisson of ‘truthiness,’ the genre’s signature affect … The reader’s experience of the book is one of fragmentation. Akhtar tells stories that fracture and ramify and negate. Sometimes they’re comic, like the visit to an absurd Sufi ceremony led by an Austrian heiress. Sometimes they’re wrenchingly tragic … Akhtar arranges people and situations with a dramatist’s care to expose the fault lines where community or communication cracks. Sometimes, the pieces seem almost too carefully arranged … The unease reaches a high pitch with the narrator’s trip to Los Angeles … The narrator splutters that ‘my favorite writers are all Jewish.’ The absurdity of this, essentially a version of ‘Some of my best friends are Black,’ is like that of a punchline in a brilliant but queasy racial farce, one written to make the audience look away, and wonder when they’ll be able to leave the theater.”

“… a little imp of a book that packs a punch several times its (relatively) meager page count. I’d worried that, all these years later, Clarke might have grown timid, seeking a breather from all the grand historical world-building. Instead, she creates a dazzling world of infinite fascination inside the musings of one very simple man … The world of Piranesi is built entirely from scratch, at first as devoid of life as an Escher sketch but gradually filled in until it’s as rich as a second universe … Piranesi is a portrait of us as young readers, swept into a story and happy to stay there. ‘Keep it up!’ the novel seems to murmur in our ears, ‘read, read, read!’ … In Clarke’s world, we are more than an observer. If we’re reading Piranesi’s words, then we must be subject to the magic as well.”

“… necessary and maddening. As anyone who has read her would expect, screenshots, tweets, historic civil-rights photos, demographic charts, and many other types of images are strategically interspersed throughout the text. What sets this book apart from her past work, though, is its overwhelming emphasis on straight prose instead of poetics … What dominates these pages is Rankine’s personal narrative, smeared with America’s mess—leaving scant room for the stanza-like spacing that normally governs her pace. Her deployment of images that serve both as symbols and pieces of evidence is left to handle most of the dramatic tension, with an assist from real-time fact-checking. Situated next to many passages throughout the book are red dots that direct the reader to notes on the opposite side of the page. Often, the notes take on the structure of Hemingway’s iceberg—a slither of clean prose under which lies a massive body of feelings. What we are left with is the exhaustion of having to carry around reams of data in order to prove that racism still exists … It’s not that Rankine doesn’t have an opinion about what individuals should do regarding their racism, just that she is more interested in showing what that racism looks like. All she is willing to propose is that people have difficult discussions, which is so deflating, yet so smack-your-forehead obvious, that one wonders whether the book will survive in the hands of anyone besides readers who already recognize themselves in those discussions … Comfort, when so much in our vantage is in shambles, seems a luxury that should collectively be left on the shelf until civilization has worked hard enough to afford it. Which makes a strong case for Just Us as not only the most comprehensive articulation of the racial imaginary Rankine has ever put on paper, but as her magnum opus.” 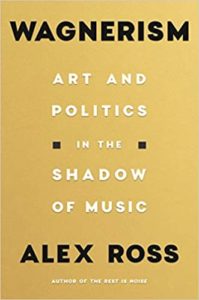 “What makes Wagnerism such a challenging and rewarding read is how Ross comes to terms with that influence … Ross paints a picture of Wagner that complicates his image as fascism’s favorite composer … Over the course of more than 700 pages, Ross covers a tremendous amount of ground—touching on the Russian Revolution, the birth of cinema, both World Wars, and a who’s-who of artistic and philosophical heavyweights … mercifully light on the music theory terminology that made The Rest Is Noise an occasionally frustrating read for those of us who couldn’t identify a tritone by ear if you put a gun to our heads. And while Ross does offer a lot of biographical information and anecdotes about Wagner, he’s careful not to psychoanalyze him or make excuses for his subject’s major failings … doesn’t advocate for separating the art from the artist. With an artist whose legacy is as confusing and complicated as Wagner’s, that kind of surgery is impossible. Which Wagner do you remove? Ross makes this point throughout the book: There is no definitive Wagner—he is a prism through which so many different artists and thinkers refracted their own light.”

–Ashley Naftule on Alex Ross’ Wagnerism: Art and Politics in the Shadow of Music (The AV Club) 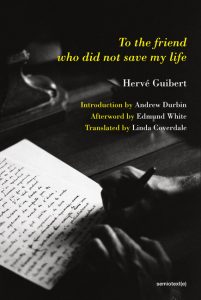 “Forget Susan Sontag’s dictum that diseases shouldn’t have meanings. Guibert inhabited AIDS as though it were a darkroom or an astronomical observatory, a means for deciphering the patterns in life’s dying light … To the Friend was translated in 1991 but received mixed reviews in America: too sexually and medically explicit for mainstream audiences, yet too politically detached for a gay community then engaged in a life-or-death struggle for recognition…A younger generation has proved more receptive to his raw, genre-bending body of work. In a spate of new translations, Guibert has emerged as a forerunner of today’s most prominent gay writers of autofiction, such as Édouard Louis, Garth Greenwell, and Ocean Vuong … The Guibert revival’s capstone has been Semiotext(e)’s reissue, this year, of To the Friend Who Did Not Save My Life, published in tandem with a career-spanning collection of short stories, entitled Written in Invisible Ink. They reveal a writer of courage, beguiling flair, and sometimes maddening nastiness, who made the body his subject long before his own turned against him … To the Friend Who Did Not Save My Life is the rare book that truly deserves the epithet ‘unflinching.’ Its author may be afraid to die, but on the page his voice doesn’t crack, his hand doesn’t tremble … Inextricable from the malfeasance that has made the United States uniquely vulnerable to COVID-19 is a widespread failure to imagine one’s own mortality—and a tendency to project it onto others, whose deaths are deemed unfortunate inevitabilities. At the core of this callousness is the misconception that acknowledging death is antithetical to ‘really living.’ But it isn’t the dying who are truly deathly. Guibert, who faced down AIDS with such irreverence, achieved an almost indestructible vitality in the duel.”