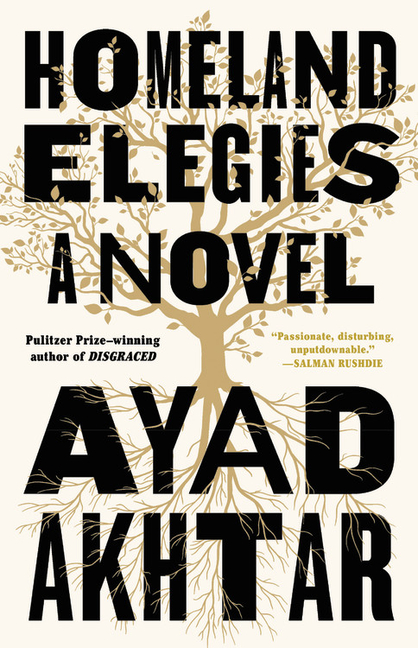 From the Pulitzer Prize-winning author of the play Disgraced and the novel American Dervish comes a new novel about a successful Pakistani-American writer and his family, a blend of fact and fiction that explores longing and dispossession in the Islamophobic world that 9/11 made.

What The Reviewers Say
Rave Ron Charles,
The Washington Post
... remarkable ... a phenomenal coalescence of memoir, fiction, history and cultural analysis ... One of the most fascinating themes of this tour de force is the sustained tension between memoir and invention that runs through any creative person’s life ... Akhtar’s portrait of the artist as a young Muslim exposes both his vanity and his capacity for obsequiousness, particularly around wealthy people ... Everywhere one can hear Akhtar’s award-winning ear for dialogue that conveys the unexpected rhythms of conversation and drama. But what’s surprising is his equally engaging mode as a lecturer. Personal episodes mingle effectively with engaging disquisitions on, say, the dilution of antitrust law ... paradox runs like a wire through this book, which so poignantly expresses the loneliness of pining for one’s own homeland.
Read Full Review >>
Rave Rafia Zakaria,
The Boston Globe
... scampers between memoir and fiction ... Akhtar is not only a brilliant author but one who seems the presumptive legatee for what could be called the Rushdian tradition. Being a Rushdian means no simplistic mimicry of magic realism, of which Rushdie is a master, but rather a searing (and often sneering) dissection of the recurrent themes of our age: family, migration, religion, and capitalism ... Rendered through Akhtar’s deft cinematic telling, the characters are memorable and almost familiar ... does not have the fantastical stylish flourishes of Rushdie’s fiction, but it has a flavor that is rather similar to Rushdie’s own memoir, Joseph Anton ... a blurring and entangling of the real and the fictive such that the boundaries between the two disappear ... treads deftly through decades of historical ground ... can also be construed as an elegy for an America that no longer exists, a post-9/11 America, when only Muslims (rather than Blacks, Hispanics, and everyone else) were the singular enemy and systemic racism was far from being acknowledged as a problem by presidential candidates. The pulsing beat of Ayad Akhtar’s incisive and masterful work underscores this, as does his own transformation so aptly chronicled in the book.
Read Full Review >>
Rave Dwight Garner,
The New York Times
... a beautiful novel about an American son and his immigrant father that has echoes of The Great Gatsby and that circles, with pointed intellect, the possibilities and limitations of American life ... This novel gets off to a slow start ... One wonders when Akhtar’s book will settle, and when he will find a direction in which to aim his stories. One wonders for about 85 perceptive but drifting pages. He’s been tuning up ... Many of the most powerful moments in Homeland Elegies deal with the narrator’s life in the years after 9/11. There are powerfully written scenes of confrontation (you can see the film in this novel) between Akhtar and cops, strangers and others who are suspicious of him ... electric footnotes ... There is good writing about Salman Rushdie and Edward Said and syphilis and hoof stew and Scranton, Pa., and screenwriting, among many other things ... a very American novel. It’s a lover’s quarrel with this country, and at its best it has candor and seriousness to burn.
Read Full Review >>
See All Reviews >>
SIMILAR BOOKS
Coming Soon