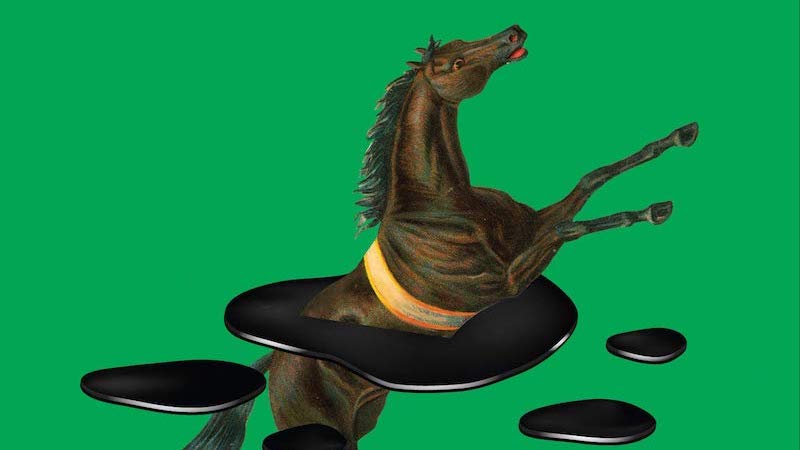 “Beautiful World, Where Are You could be called Rooney’s version of a novel of ideas, and I confess that my tolerance for the characters’ roving disquisitions turned out to be pretty high. I found myself nodding sagely as the women riffed … But the novel’s most interesting turns take place outside of the characters’ in-boxes … All of the characters suffer from feeling ineffectual where they are, and the reader wonders whether this problem constitutes a specific identity, a set of circumstances, or a fixed condition of being … Occasional phrases in the novel, such as the ‘practised ease’ with which fingers navigate a touch screen, venture toward triteness. Yet the accretion of little gestures—hands thrust in and out of pockets, gazes redirected—is one of Rooney’s sharpest distinctions as a stylist … I find that her precise, spare style can also have the effect of dilating scenes, making the reader pay close attention to every word. The sex in Rooney novels is hot because it is written in a syntax of pronouns, verbs, and body parts which won’t be distracted by adverbial overthinking. However much self-awareness she writes into her characters, Rooney also shows us that there is plenty to glean about how people get on with one another without taking up residence inside their heads. In the best moments of Beautiful World, Where Are You, Rooney does what I think of as ‘meanwhiling,’ letting the routine of one character sidle up next to that of another, placing simultaneous, disparate doings in a kind of ambivalent solidarity … No longer quite so normal, Rooney reaches for the banal and grasps tiny worlds.”

–Lauren Michele Jackson on Sally Rooney’s Beautiful World, Where Are You (The New Yorker)

“Whitehead’s sweet, sweaty, authoritative, densely peopled portrait of a Harlem in near perpetual summer is the most successful part of the book. Had I not known Whitehead was a talented shape-shifter, I—as an outsider to Harlem—would have believed he had only ever written about this setting … In the past, Whitehead has shown a deep interest in systems but not always in human psychology (a charge that has also been leveled at earlier systems novelists like Don DeLillo and Thomas Pynchon). This book is a step forward. Ray Carney, the protagonist, is, in some ways, Whitehead’s most fully developed character … The novel treats the hotel itself as a microcosm of Harlem, and each civilian caught in the heist is tagged with a supple biography. Had Whitehead ended the book after this fierce and funny section, it would stand as one of the few perfect novellas in American literature. Unfortunately—or fortunately, depending on your taste—Whitehead keeps going; and the rest of the book yields mixed results … while I valued Whitehead’s attempt to write a serene character on the verge of success—extremely hard to pull off in fiction—I longed for the taut prose of The Nickel Boys, where every sentence, spat out laconically, advances the grim story. Happily, Whitehead rights the ship by the third episode, which focuses on another crime to which Carney is an unwilling accomplice, with potentially deadly repercussions for the people he loves. And the crime story, which had become inert, suddenly revs to life, reminding us that Whitehead, beneath all the shambling and high jinks, remains an American master.”

“Harrow reminds me very much of Denis Johnson’s Fiskadoro and Cormac McCarthy’s The Road, but, with apologies to the boys, it’s better than both of their novels put together. Harrow belongs at the front of the pack of recent climate fiction, even as it refuses the basic premise (human survival is important) and the sentimental rays of hope (another world is possible!) that are the hallmarks of the genre. This novel doesn’t care who you vote for or if you recycle … a crabby, craggy, comfortless, arid, erudite, obtuse, perfect novel, a singular entry in a singular body of work by an artist of uncompromised originality and vision. For all of its fragmentation and deliberate strategies of estrangement, Harrow feels coherent and complete, like a single long-form thought or a religious epiphany. It’s also funny as hell … To read this novel is to know and to be known (Galatians 4:9) by a profound and comfortless alterity, to encounter the cosmic otherness at the very core of the self.”

“Packer brings Last Best Hope: America in Crisis and Renewal home at a touch over 200 pages, and for many of those pages it’s unclear whether he’ll have enough material to make it to the end. The physical thinness of these books betrays the frailty of liberal thinking in its moment of crisis: Assailed from both the left and the right, hostage to finance, and no longer able to secure the equality that grounds its central promise of individual freedom, how can liberalism reinvent itself? … Neither genuinely critical nor full-throatedly prescriptive, these books are closer in spirit to catechism. A basic incoherence defines the genre. Last Best Hope is no exception … In the hands of a different writer, perhaps even an earlier version of Packer himself, ‘last best hope’ might have been repurposed ironically, as a critique of America’s projection of its own power abroad or as an injunction to learn from the rest of the world; what we get here instead is its deployment in the service of an earnest, unthinking insularity … Tiny shards of insight do emerge occasionally, but they do not pierce the book’s curtain of nationalist kitsch. Packer is not unaware of the real drivers of American dysfunction, but he never seems particularly interested in probing these causes too deeply. His real interest is in description, not analysis … This jaunt through the four Americas sees Packer indulge his flair for dad-style moralizing and the off-kilter character sketch … What this silly taxonomy makes clear is that Packer’s real beef is not with Free America, Smart America, or Real America, which are mostly treated with humanizing sympathy, but with the wokes and snowflakes of Just America … In an era crying out for radical thinking, Packer offers the damp squib of incrementalism … If liberalism is to remain America’s guiding political star, it needs a better vision—anchored in creativity, care, ecology, whatever it might be—of how individual freedom and the common good can knit together. That vision is not the one found here.”

“The narrator of Natasha Brown’s Assembly is a Black British woman. She is the obedient daughter of immigrants, the dutiful girlfriend to a self-satisfied liberal white man, and an amenable employee at a soul-crushing corporate bank in London. She floats through the world, chillingly observing others live their lives with hope and enthusiasm. The narrator of this tightly conceived and distinctively written debut novel is perceptive, precise and unsparing with her words…Yet, when it comes to herself, the narrator is coy, refusing to provide information that could sharpen her pixelated self-portrait. She has no name, no age and no preferences. Brown’s taut novel arrives at a time of heightened and anxious interest in stories about the realities of anti-Black racism. Assembly will undoubtedly satiate the Anglophone publishing industry’s appetite for narratives about Black people’s experiences with white aggression—both macro and micro. (Brown’s attention to detail, especially about office life, reminded me of Raven Leilani’s Luster, while her inventive structure recalls Claudia Rankine’s Citizen.) But this success should not overshadow the novel’s more interesting experiments with the elasticity of identity and the tensions between agency and powerlessness … Assembly becomes an elegiac examination of a Black woman’s life and an acerbic analysis of Britain’s racial landscape. Brown’s rhythmic, economic prose renders the narrator’s experiences with breathless clarity, especially the steady, gnawing stream of racial and sexual harassment she faces.