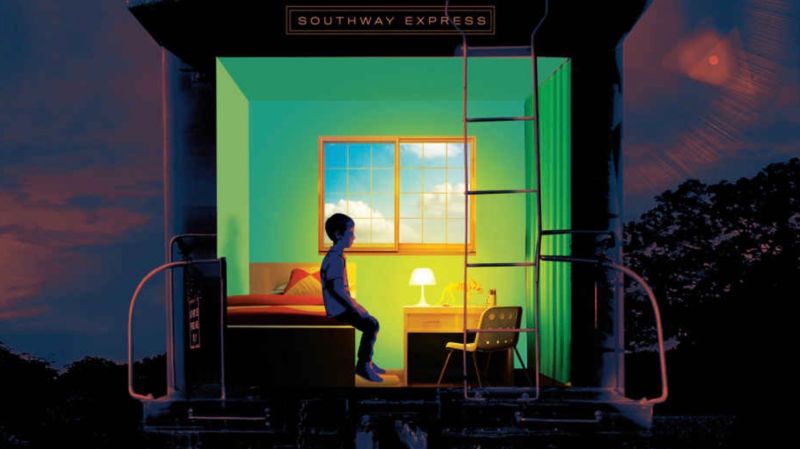 Jia Tolentino on The Testaments, Laura Miller on Stephen King's The Institute, Susan Faludi on a feminist All the President's Men, and more

The cream of the review crop this week includes Jia Tolentino on Margaret Atwood’s exploration of complicity in Gilead, Laura Miller on Stephen King’s most terrifying monsters, Merve Emre on how a new Sontag biography fails its enigmatic subject, Susan Faludi on the story of the Weinstein scandal, and Katy Waldman on Lucy Ellmann’s massive single-sentence novel.

“The book may surprise readers who wondered, when the sequel was announced, whether Atwood was making a mistake in returning to her earlier work. She has said that The Testaments was inspired by readers’ questions about the inner workings of Gilead, and also by ‘the world we’ve been living in.’ But it seems to have another aim as well: to help us see more clearly the kinds of complicity required for constructing a world like the one she had already imagined, and the world we fear our own might become … The Testaments addresses these and other questions in sidelong mentions, which help to make more concrete a world that, in the first novel—partly because of Offred’s fiercely enforced ignorance—felt abstract, like a landscape obscured by fog … Precisely who is being addressed is a crucial and carefully considered matter in the novel … We were all so busy imagining ourselves as Handmaids that we failed to see that we might be Aunts—that we, too, might feel, at the culmination of a disaster we created through our own pragmatic indifference, that we had no real choice.”

–Jia Tolentino on Margaret Atwood’s The Testaments (The New Yorker)

“…as scary as those supernatural bad guys can be, King’s most unsettling antagonists are human-size: the blocked writer sliding into delusions of grandeur and domestic violence, the fan possessed to the point of madness by someone else’s fiction, the bullied teenager made homicidal by the cruelty of her peers. We can see something of ourselves in these characters, and recognize in them our own capacity for evil. King’s latest novel, The Institute, belongs to this second category, and is as consummately honed and enthralling as the very best of his work … How do you maintain your dignity and your humanity in an environment designed to strip you of both? That theme, such an urgent one in literature from the 20th century onward, falls well within King’s usual purview. His heroes are often humble or apparently weak: children, working-class stiffs, abused women, the poor, the disabled and the overlooked—people who must summon the courage to fight back against seemingly impossible odds … How does a human being become someone who can regard the abuse of children as, first, a necessary evil, and then, finally, as a matter of routine? That’s a question with undeniable political relevance at this moment. King has made his contempt for the current president, his administration and his policies abundantly clear on Twitter and in other public statements. The Institute, which takes more than one overt dig at Trump, ruminates on the people who carry out the administration’s policies on the ground … Of all the cosmic menaces that King’s heroes have battled, this slow creep into inhumanity may be the most terrifying yet because it is all too real.”

“‘To experience a thing as beautiful means: to experience it necessarily wrongly,’ Friedrich Nietzsche wrote in The Will to Power. It is a line that Susan Sontag quotes toward the end of her 1977 essay collection, On Photography, about how photographs aestheticize misery. It is a line that Sontag’s authorized biographer, Benjamin Moser, quotes to describe Sontag’s susceptibility to beautiful, but punishing, lovers. And it is a line that I am quoting to summarize how Moser’s monumental and stylish biography, Sontag: Her Life and Work, fails its subject—a woman whose beauty, and the sex appeal and celebrity that went along with it, Moser insists upon to the point of occluding what makes her so deeply interesting … Moser’s analysis of Sontag’s life as an unwinnable battle between her public self and her private self traffics in the crudest of oppositions: appearance versus character, mind versus body, intellectualism versus eroticism, persona versus private self … The more clinically Moser tries to pin down Sontag’s inner life, the more it wriggles away from him … All biographies are, to an extent, mystifications. But some methods of reading and writing can resurrect the dead not as a series of tedious oppositions, but as flesh-and-blood individuals animated by their commitments to their ideas. What this would require is more sensitive probing of human contradictions than Moser has yet mastered.”

–Merve Emre on Benjamin Moser’s Sontag: Her Life and Work (The Atlantic)

“She Said isn’t retailing extra helpings of warmed-over salacity. The authors’ new information is less about the man and more about his surround-sound ‘complicity machine’ of board members and lawyers, human resource officers and P.R. flaks, tabloid publishers and entertainment reporters who kept him rampaging with impunity years after his behavior had become an open secret. Kantor and Twohey instinctively understand the dangers of the Harvey-as-Monster story line—and the importance of refocusing our attention on structures of power … [Weinstein’s] loathsome and self-serving, but his psychology is not the story they want to tell. The drama they chronicle instead is more complex and subtle, a narrative in which they are ultimately not mere observers but, essential to its moral message, protagonists themselves … She Said reads a bit like a feminist All the President’s Men … It turns out we did need to hear more about Weinstein—and the ‘more’ that Kantor and Twohey give us draws an important distinction between the trendy ethic of hashtag justice and the disciplined professionalism and institutional heft that actually got the job done.”

“Much of the pleasure of this book is the pleasure of learning a puzzle’s rules … Even more effective is the way the text circles particular fragments, layering them with meaning as their salience to the story becomes clear … What emerges is almost a joking definition of consciousness: the facts of life exist, in a jumble, and this book is content to perform awareness of them … Instead of evoking the felt experience of inner life, Ellmann seems to be creating a stylized braid of conscious and unconscious thought—an artifice that’s aware of its own construction … there is restraint, and even intimacy, to the way that the book theorizes about ‘the moment.’ Ellmann captures the pathos of the everyday, how one might use pie crusts and film synopses to dam in pain … Maximalism drives home Ellmann’s social critique…But the reader can wonder about the costs of this style, which explores what it would mean to record everything, to leave no stray thought or dream untagged. One effect of Ellmann’s portrait is that we’re privy to seemingly every piece of information; there’s no sense of selection, no room for the reader to project … Ellmann’s commitment to compilation and description suggests a resistance to hierarchies. It also flickers with tenderness. The time and care that she lavishes on her narrator seem like their own form of political speculation—that every individual is owed an unending devotion, and that such devotion, applied universally, might change the fate of the world.”