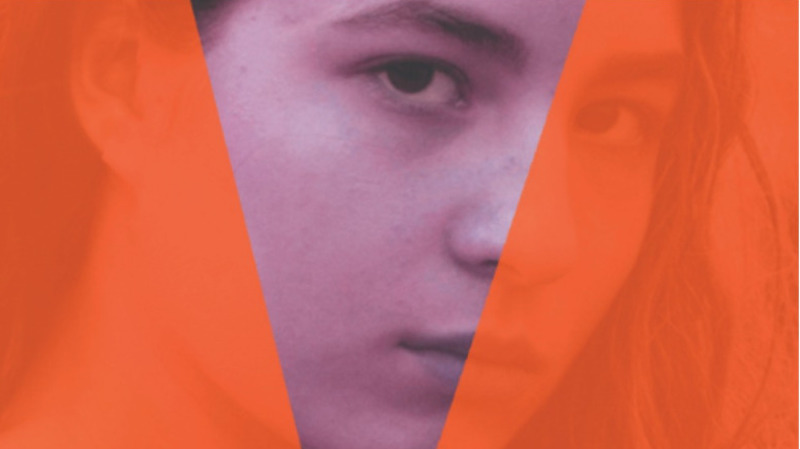 Our Fab Five this week includes Josephine Livingstone on Raven Leilani’s Luster, Alexandra Kleeman on Elisa Gabbert’s The Unreality of Memory, Marcel Theroux on John Boyne’s A Traveller at the Gates of Wisdom, Merve Emre on Elena Ferrante’s The Lying Life of Adults, and Hope Wabuke on Isabel Wilkerson’s Caste.

“Several rave reviews have already focused on Leilani’s remarkable ability to turn straight sex into something terrifyingly strange yet familiar, almost as if Edie is reproducing an othering, fetishized gaze for what is considered normal. But Luster is also an interesting meditation on social ethics … In a recent piece on Sally Rooney for Bookforum, Lauren Oyler wrote that fiction today is overly concerned with being good. In novels by Rooney, Ben Lerner, Jenny Offill, and Sheila Heti, she writes, the young narrators’ anxieties ‘seem to be modeling contemporary ideas about morality, which is measured by contributions to the collective good.’ Being perceived as good is the new version of divine judgment, Oyler goes on, since social media now requires that we perform our own goodness at all times online. The result has been a generation of creatives who are more censorious and judgmental than their forebears. The latter point is a fairly widely held opinion among older professors and critics, many of whom think that fiction, morality, and social politics have been disastrously conflated to produce rigid and lifeless art. This view echoes others in the internet culture wars, which Oyler describes as a product of the ‘Great Awokening’…Such criticisms underestimate the void that young novelists like Leilani now face when trying to tackle morality or ethics in fiction. Edie does not start with a moral code that she can use as a stick to beat her elders; quite the opposite, she starts with nothing and is bequeathed nothing … Luster seems like the first crashing of a new wave of fiction defined by a world where all the traditional vocabularies for morality have gone defunct. That makes Luster an existentialist novel, like The Stranger, and a relative to literary modernism. But it isn’t, crucially, a nihilistic novel…Leilani forces her protagonist to face up to the fact that being a person involves certain ethical obligations to other people, though she leaves Edie grasping for the words to describe them. The alternative isn’t the freewheeling relativism or ‘nuance’ that an older generation so prizes but the absolutism of despair. It is small wonder that the best young minds in fiction are taking that dilemma as their subject.”

“Gabbert draws masterly portraits of the precise, uncanny affects that govern our psychological relationship to calamity—from survivor’s guilt to survivor’s elation, to the awe and disbelief evoked by spectacles of destruction, to the way we manage anxiety over impending dangers. Even more impressive is her skill at bending crisp, clear language into shapes that illustrate the shifting logic of the disastrous, keeping the reader oriented amid continual upheaval … Gabbert turns her attention to the blind spots and mistaken impressions that constitute our subjective experience of self and world, from false memories and phantom limbs to witch trials and compassion fatigue … With its expansive curiosity and encyclopedic style, Gabbert’s book can make for unsettling reading, especially in a time of actual crisis … The essays often seem uncannily to anticipate circumstances that the author simply couldn’t have known about: They have a clarity and prescience that imply a sort of distant, retrospective view, like postcards sent from the near future … But I imagine Gabbert would offer an alternate explanation for this oracular effect. Increasingly, the threats and fissures that mark our reality are known, but this doesn’t make them any easier to comprehend. It’s only when a potential disaster turns actual that it becomes real to us—and in that moment it will still feel incomprehensible, impossible, unforeseen.”

“… quirky, ambitious and ultimately disappointing … a bold conceit and it’s impressive that Boyne pulls it off at all … Characters tend to die in natural disasters or be murdered horribly every few pages; one effect of this rapid turnover is that the book feels cartoonish and unreal. The narrator careens through various historical tableaux, as though bouncing around inside a themed pinball machine … The big canvas stretches and exposes the limitations of Boyne’s writing. No matter the historical period, everything’s rendered in a moth-eaten, non-specific literary prose where people ‘don’ and ‘proffer’ things and that never says in three words what it can say in 15 … It scarcely needs to be said that the book is intended as a gung-ho rebuttal of the notion that writers should stay in their lane and stick to fictional worlds that are appropriate to their identity. But Boyne goes ahead and says it anyway … a simplistic view of history, psychology and the problems of representation. Boyne operates under the blithe assumption that people in different historical milieux feel exactly the same way about such culturally determined things as creativity, monogamy and love. Maybe they did, maybe they didn’t; but it doesn’t occur to him to wonder … To be clear, I’m deeply sympathetic to the argument that novelists should roam freely around human experience. I think it’s important to stick up for the principle of fiction which says that through an imaginative effort you can discover and convey a sense of what it’s like to be another person. But Boyne’s take on this feels lazier, narrower and harder to defend: I don’t need to imagine your life, the book seems to say, you’re just like me.”

… exquisitely moody … Life of Adults itself…invites us to evaluate lying not only as a moral problem, but also as an aesthetic challenge—to ask whether a lie can ever be elevated into an art form … It is a novel of disillusionment, as the literary critic Georg Lukács once described the category: a novel that strips away its young protagonist’s major social relationships to elevate her interiority … this marvelously disconcerting novel of disillusionment is a product of the grace extended to the liar by the writer. Only the writer’s truthful lies can mirror the liar’s petty ones with the clear sight needed to affirm the intensity of her past. Only the writer knows how to conjure desire; sympathize with misjudgment; rebuke carelessness; disappoint mercifully. Always, Ferrante’s fiction reminds us that sometimes you need someone else to help gather the scattered fragments of your existence.”

“To read Isabel Wilkerson is to revel in the pleasure of reading—to relax into the virtuosic performance of thought and form one is about to encounter, safe and secure that the structures will not collapse beneath you … [Wilkerson] does not disappoint … a masterwork of writing—a profound achievement of scholarship and research that stands also as a triumph of both visceral storytelling and cogent analysis … Wilkerson supports her analysis with an immense compendium of documented research that spans centuries … The descriptions are vivid in their horror; the connections travel across history and time to resonate in the mind. This structural move is a classic trademark of Wilkerson’s style, and one of the attributes of her unique voice that imbues her writing with such textured depth. Wilkerson’s use of a poetic focus on imagery and detailed characterization allows us an intimate and personal relationship with the lives of those she chronicles; when this empathic closeness is juxtaposed with the harsh brutality of the historical record the contrast is resonant and haunting, becoming a towering memorial to those violated by the violence of caste … Although a claim can be made that the opening chapter or two on the fallout of the 2016 election appear dated, this to be fair, is only because of what has happened to America in the interim since Wilkerson penned those words … What is problematic is the glaring absence of Africa in a book that aims to position itself as a seminal text on the concept of a global caste system and the positioning of Blackness within that global caste system. Wilkerson glances at this briefly with a scant mention of South Africa in a couple of paragraphs and by quoting a woman identified only as a Nigerian playwright saying that ‘there are no Black people in Africa’—and then keeps it moving. Both are moments that do need to be unpacked. It is understandable why Wilkerson does not walk through this door to explore caste in Africa—Caste is 400 pages before adding the impressive list of research sources. But if Wilkerson is not opening that door, there does need to be an acknowledgement of why not, an acknowledgement of that absence.”

–Hope Wabuke on Isabel Wilkerson’s Caste: The Origins of Our Discontents (NPR)