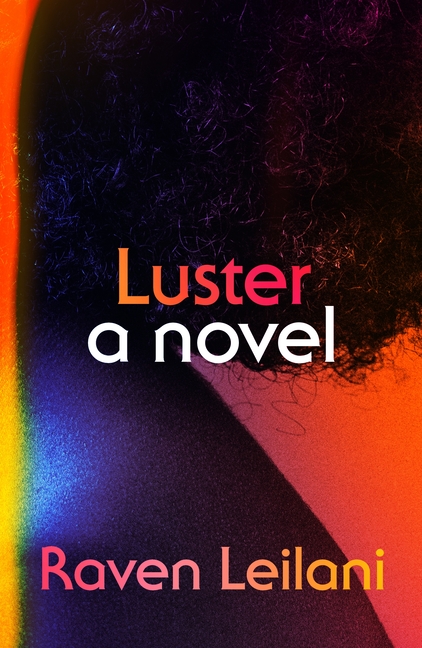 Edie is a young Black artist living a precarious existence in New York City's gig economy when she takes a white lover in an open marriage, eventually moving in with him and his wife in the New Jersey suburbs, where she finds herself not only in a tense relationship with the couple but also becoming an unwitting mentor to their adopted Black daughter Akila.

What The Reviewers Say
Rave Jazmine Hughes,
The New York Times Book Review
Raven Leilani’s first novel reads like summer: sentences like ice that crackle or melt into a languorous drip; plot suddenly, wildly flying forward like a bike down a hill ... Leilani has a ruthless knack for the somatic, rendering flesh on paper as alluring and unidealized as it is right next to you ... Strangely, Leilani’s heightened rendering of the tangle that can be one’s early 20s...is what actually lends the novel its acidic verisimilitude ... The relationship between Edie and Rebecca is a living thing with its own heartbeat, and it is here that Leilani is at her most nimble, her writing sinewy and sharp ... it is Edie’s hunger for recognition—more than her desire for self-improvement or the humiliation of heterosexuality or her attempts to wrestle her life into something worth the pain—that colors the novel.
Read Full Review >>
Rave Mark Athitakis,
USA Today
... vibrant, spiky ... Leilani is such a funny writer that the despair of Edie’s predicament isn’t clear until she’s fully immersed in it ... But Leilani is a master of darker, more deadpan humor ... As the situation destabilizes, growing uncomfortably thick with noblesse oblige, the metaphors get sharper ... distinguished by its focus on race, which raises the stakes for the story. The climax emphasizes that for all of her wit and flexibility, Edie is ultimately a Black woman in a white neighborhood. She’s treated as an assistant, then an interloper and finally an invader ... But Leilani is also a major new talent because her command of style and characterization is so strong. Tucked within the story of her life with Eric’s family are scraps of Edie’s own life, which emerge as she becomes more aware of her third-class treatment and her capacity to escape it. In that regard, Luster isn’t just a sardonic book, but a powerful one about emotional transformation. Edie shrewdly learns how to find strength in her jadedness, not just resignation. She becomes wise at 'parsing the intent of the jaws that lock around my head.'
Read Full Review >>
Rave Ashendri Wickremasinghe,
Toronto Star
Luster, New York writer Raven Leilani’s debut novel, grapples with loneliness in a way that is socially relevant, raw, vulnerable—and darkly funny ... Leilani...has got an ear for a satisfyingly descriptive phrase, and the sharp, witty, dark humour drives the narrative. Luster is, though, very plot-driven and at times moves a little too quickly. Still, Luster is a much-needed examination of the intersection of Blackness, class, sexuality and power. The characters are well-drawn and easy to relate to, each with their own take on loneliness: a lack of familial love; a lack of love within a marriage; the lack of others who can relate to your experience.
Read Full Review >>
See All Reviews >>
SIMILAR BOOKS
Fiction

Pure Colour
Sheila Heti
Positive
What did you think of Luster?
© LitHub | Privacy