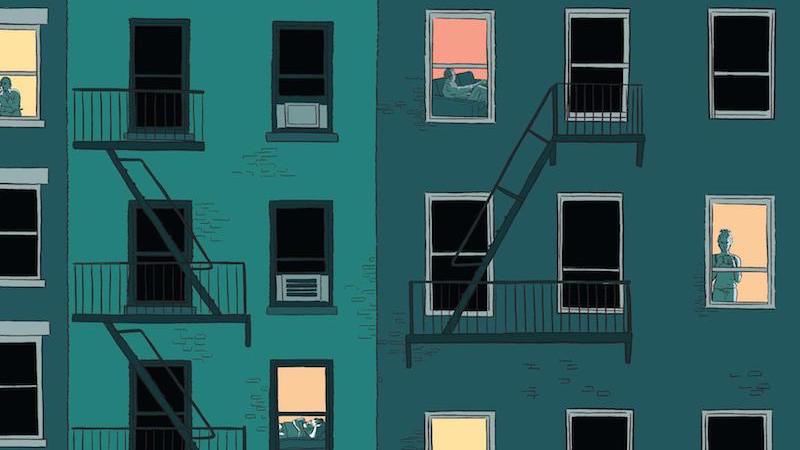 “Much as queer theory seeks to recuperate the word ‘queer’ itself, Halberstam notes, so too should we reclaim ‘wildness’ as not a disparagement but as a mode of resistance. To be wild is not to fail at being civilized but to recognize the failures of civilization to sustain life—physically and spiritually. Wildness, he argues, ‘functions as a form of disorder that will not submit to rule, a mode of unknowing, a resistant ontology, and a fantasy of life beyond the human.’ Filthy Animals, the novelist Brandon Taylor’s first short story collection, is filled with characters who crave the kind of feral freedom that Halberstam describes … Over the 11 stories, mostly set in Madison, Wis. (where Taylor attended graduate school in biochemistry), the spaces of civilized domesticity are revealed to be the dirtiest, bloodiest, most dangerous places in which a wounded animal could find itself … The violence in Filthy Animals is that of gentility. It is domesticated. As Taylor’s characters brutalize one another in recital rooms, lecture halls, coffee shops, and other spaces that we are conditioned to think of as full of erudite, well-mannered types, we are left to conclude that these kinds of places—formal and informal corridors of power—in fact provoke the worst and basest instincts in people. More than being in the wilderness, it is within the shimmering towers of civilization that we are likely to be at our most animalistic.”

“.[Radtke] returns this month with Seek You, an exploration of loneliness in America, a subject that has become increasingly germane in the five years since she began her project. The result is another resonant, haunting volume of graphic nonfiction written and drawn in the key of Edward Hopper … Her subject may be timely, but Radtke, the art director and deputy publisher of the Believer magazine, is never superficial or fleeting … she does not shy from big, potentially overwhelming questions … Seek You isn’t the downer one might expect, given its sobering subject matter. If you accept that loneliness—like the impermanence at the heart of Radtke’s first book—is a fact of life, you might take comfort in being reminded that you’re not alone in this widely shared condition. There’s comfort to be found too, in the skillful elegance with which the author conveys her ideas.”

–Heller McAlpin on Kristen Radtke’s Seek You: A Journey Through American Loneliness (The Los Angeles Times)

… a satirical, ferocious, shape-shifting novel … As their behavior escalates, the shape of the novel distorts and expands, until what started as an acerbic millennial sex comedy grows the gnashing mandibles of supernatural horror with a spiritual self-help twist. The structure is unconventional and disorienting, but Morgan manages each breakneck turn without spinning out of control. There’s an almost fanatically concrete simplicity to her prose that makes the storytelling absurd and unnerving and consistent in effect—like someone smiling at you without blinking, showing too much of the whites of her eyes … At one point during her mental breakdown, Alicia builds a ‘Spod,’ a spa slash personal pod made from a hot tub, several two-by-fours and a sprinkling of interdimensional woo-woo dust. A Touch of Jen is a Spod of a novel: perplexing, chimeric and deliriously original, emitting an eerie power.”

“Appleseed achieves a…breadth of vision, taking in America’s wilderness genesis as well as looming nightmares of environmental collapse. Events range across centuries and continents, shifting points of view, upending ancient myth, and busting through genre conventions, in particular sci-fi. Yet it’s all laid out clearly, in strata that bookmark every turning point, and one way or another, the central setting remains the woods of Ohio … just as Bell keeps Ohio as narrative landmark, he follows chronology. Readers can sort matters out even when changes snap the head back, often in terrifying ways … Plot matters for Appleseed as it does in few other novels of such subtlety or imagination … what sets the new novel apart—sets it above, as his greatest accomplishment—is how effectively it brings together all his gifts … The drama’s elemental, in short, and so my few misgivings had to do with those times when the scaffolding of cause and effect got in the way. One or two of the near-future episodes felt overcareful, connecting the dots between Earthtrust’s science and the rebels’ sabotage. But then again, that plotline may offer the greatest thrills … Matt Bell has brought off a novel as exciting as any in recent years.”

“…intense, unsettling … Intimacies is very much a story that seems to be something familiar but soon morphs into something disorientingly strange … The incongruity between [the narrator’s] domestic life and professional life is what makes Intimacies so fascinating … Through parts of this story, Kitamura is exploring impossibly remote territory … Her narrator’s experiences in the translation box raise some of the same questions as Edna O’Brien’s novel The Little Red Chairs … But with her Jamesian attention to the slightest movement of bodies and words, Kitamura keeps Intimaciesrooted to the ordinary domestic experiences of her narrator, her petty jealousies, her passing suspicions. The effect is a kind of emotional intensity that’s gripping because it feels increasingly unsustainable.”