A Touch of Jen 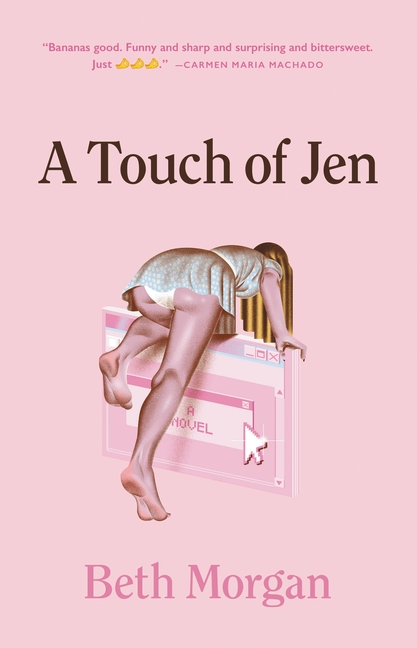 In and outside the bedroom, 30-something Remy and Alicia's entire relationship revolves around fantasies of Jen. Imagine their confused excitement when they run into Jen, in the flesh, and she invites them on a surfing trip to the Hamptons with her wealthy boyfriend and their group. Once there, Remy and Alicia try to fit into Jen's exalted social circle, but violent desires and class resentment bubble beneath the surface of this beachside paradise, and before long disturbing things start to happen.

What The Reviewers Say
Rave Steph Cha,
The New York Time Book Review
... a satirical, ferocious, shape-shifting novel ... As their behavior escalates, the shape of the novel distorts and expands, until what started as an acerbic millennial sex comedy grows the gnashing mandibles of supernatural horror with a spiritual self-help twist. The structure is unconventional and disorienting, but Morgan manages each breakneck turn without spinning out of control. There’s an almost fanatically concrete simplicity to her prose that makes the storytelling absurd and unnerving and consistent in effect — like someone smiling at you without blinking, showing too much of the whites of her eyes ... At one point during her mental breakdown, Alicia builds a 'Spod,' a spa slash personal pod made from a hot tub, several two-by-fours and a sprinkling of interdimensional woo-woo dust. A Touch of Jen is a Spod of a novel: perplexing, chimeric and deliriously original, emitting an eerie power.
Read Full Review >>
Positive Jess Bergman,
The New Republic
...these works serve as reminders that the line between online and off is eminently permeable ... both darker and more ironic than other entries in the genre ... . In A Touch of Jen, however, Remy seems to have no inner life at all—a point underscored by the fact that people are always asking what his 'deal' is—while Alicia is incapable of relaying her genuinely upsetting personal history in anything other than the cadence of a standup comic ... Morgan’s novel is flush with tactile language ... As depictions of a phenomenon that exists largely on the internet and ultimately concerns an unrepresentative if not insignificant portion of the world’s population, there comes a point in all of these works where it’s tempting to ask: Does any of this really matter? Is a photo-sharing app where people post images of their pets and their breakfasts really worthy of so much scrutiny? In the real world, the answer is unfortunately yes ... What’s harder to determine is whether it matters for the purposes of literature ... The operative question is whether the social forms fostered by the internet are genuinely novel enough to offset the risk of immediate obsolescence that any work taking social media as its subject incurs ... A Touch of Jen concerns itself with the same morass but concludes with a smirk rather than a shiver. Ultimately, Morgan suggests that authenticity can be just as hideous as its opposite. The book may date itself with perishable references to Instagram captions and New Age fads, but it succeeds where similar works have faltered by deflating the fantasy of the real.
Read Full Review >>
Positive SARA BATKIE,
The Chicago Review of Books
Plenty of recent books have taken place in the worlds of Silicon Valley and internet start-ups, these insular environments serving as backdrops for social comedy and ominous cautionary tales. Fewer have attempted to actually replicate the infinite toggling required to live in both the real world and the online one, how one self can bleed into the other until it’s unclear which is the 'authentic' being ... scenes share the same comedic cadence of Ottessa Moshfegh, where the aim is less to make you laugh than bare your teeth, and the joke always feels like it’s partly on you, and this middle section of A Touch of Jen will undoubtedly strain the attention spans of any readers who have grown weary of such affected malaise. But there’s a reason David Cronenberg’s name is given such prominence on the back cover, and those who hang in will be rewarded by the drop in the rollercoaster that’s waiting for them in the book’s final third. As with the director’s oeuvre, particularly his adaptation of The Fly, Morgan’s interest in how our technological obsessions warp our physical selves is expressed in visceral and uncomfortable ways, less something that’s shared with her readers than inflicted upon them. This isn’t a complaint but it might be a warning if you’re especially squeamish. In our Smartphone addicted age, when all of us hold a mad scientist potential in the palm of our hand, when new identities can be grafted instantly onto old skin, are monsters something we make or manifest? For Morgan and her characters, it’s a little bit of both.
Read Full Review >>
See All Reviews >>
SIMILAR BOOKS
Fiction 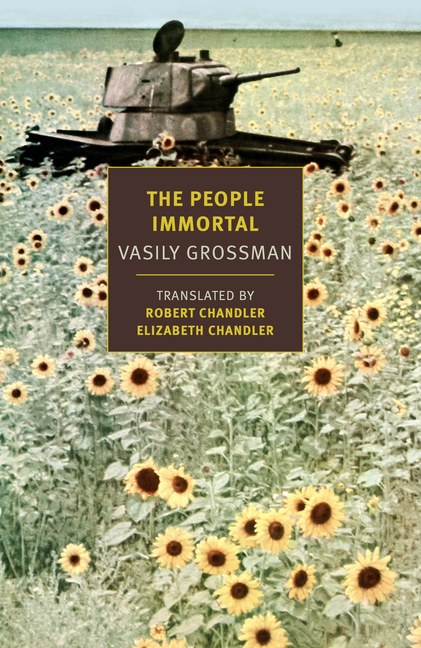 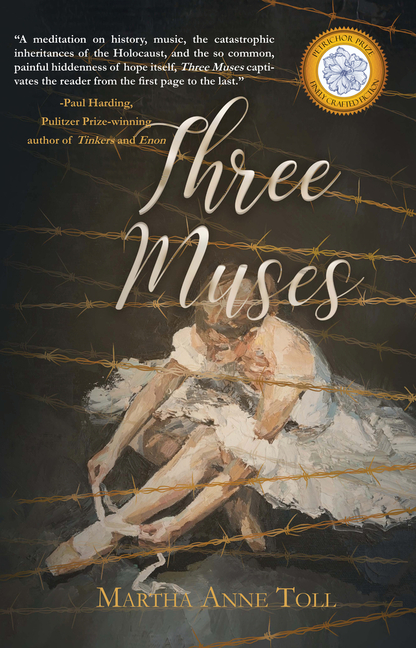 Three Muses
Martha Anne Toll
Positive
What did you think of A Touch of Jen?
© LitHub | Privacy