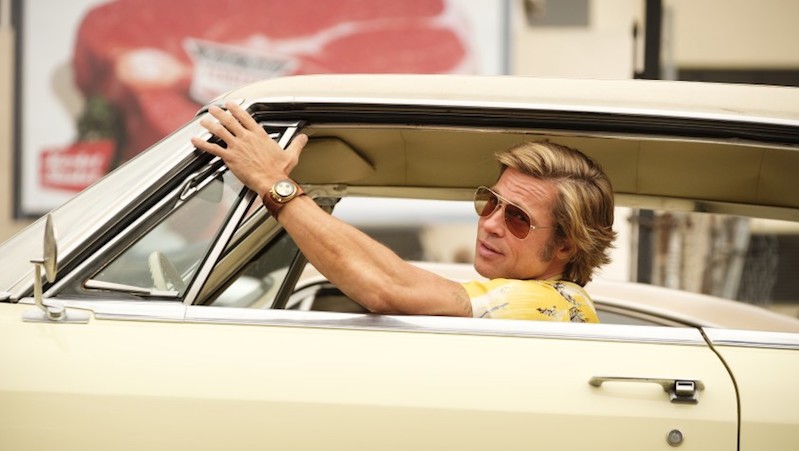 Our bouquet of beautiful reviews this week includes Dwight Garner on Quentin Tarantino’s Once Upon a Times in Hollywood, Elaine Showalter on Deirdre Bair’s Parisian Lives, Noah Kulwin on Joshua Cohen’s The Netanyahus, Parul Sehgal on Dana Spiotta’s Wayward, and Naoise Dolan on Lisa Taddeo’s Animal.

“Tarantino’s first novel is, to borrow a phrase from his oeuvre, a tasty beverage … Tarantino isn’t trying to play here what another novelist/screenwriter, Terry Southern, liked to call the Quality Lit Game. He’s not out to impress us with the intricacy of his sentences or the nuance of his psychological insights. He’s here to tell a story, in take-it-or-leave-it Elmore Leonard fashion, and to make room along the way to talk about some of the things he cares about—old movies, male camaraderie, revenge and redemption, music and style. He gets it: Pop culture is what America has instead of mythology. He got bitten early by this notion, and he’s stayed bitten. The novel is loose-jointed. If it were written better, it’d be written worse. It’s a mass-market paperback that reeks of mass-market paperbacks. In my memory, it’s the smell of warm coconut oil and dust mites and puddling Mercurochrome … Tarantino goes so deep into Manson’s once-promising music career, you may feel you’re reading a back issue of Rolling Stone or Mojo magazine … Tarantino makes telling a page-turning story seem easy, which is the hardest trick of all.”

“Parisian Lives is more than a guidebook for literary tourists or would-be biographers. It is a scalding revenge on the gatekeepers Bair had to confront in order to write the book: the sexist scholars, envious colleagues, nosy neighbours, unreliable agents, lying publishers, freeloaders, narcissistic playwrights and assorted drunks, gossips, grifters and moochers who blocked her way at the beginning of her career. It is also a story of her coming of age as a writer and a woman … As she began to understand the psychological dynamics of biography, Bair realized how carefully Beckett compartmentalized his friends and prevented any from having full information about him … Beckett never made a pass at her; indeed, when she first met him, he was so intimidating and cold that she said shakily, ‘Oh dear. I don’t know if I’m cut out for this biography business.’ That performance of feminine helplessness reassured him and he told her he would ‘neither help nor hinder you. My friends and family will assist you and my enemies will find you soon enough’ … That confident woman is the narrator but not the subject of this memoir. Bair called on all her professional skill to bring her younger self back to life. Even after all her accomplishments and honours, she still felt the bitterness of that young woman and the hot rage of that wronged scholar, and that is the main reason Parisian Lives is so gripping. Sometimes it’s the thrill of the car crash, but mostly the triumph over the Becketteering boys in the back room.”

“Cohen has found a semifictional historical tapestry adequate to his vast imagination. He has written one of the only genuinely funny novels of political satire to be published since Donald Trump was elected president. Best of all, by invoking archetypes of claustrophobia—the liberal arts college, sexual rebellion, in-laws, stale dinners, creaking boards, cramped reading spaces, sneezes, twitches, farts—Cohen is working in new territory for the Netanyahus, successfully cutting the dynasty down to size while bringing its delusions of grandeur into relief … In glimpses of Netanyahu family life that come into view two-thirds of the way through the book, Cohen shows that the best literary twists on political characters rest on inventing entirely new worlds for their readers, allowing them to see familiar brokers of the established order in entirely unfamiliar contexts.”

–Noah Kulwin on Joshua Cohen’s The Netanyahus (The New Republic)

“…furious and addictive … I diagramed Wayward on a paper napkin to show a friend, trying to explain the novel’s hold on me. The lure isn’t just voice or plot … Sam turns out to be an ideal guide. She’s rash, funny, searching, entirely unpredictable, appalled at her own entitlement and ineffectuality—drawn with a kind of skeptical fondness … The local pleasures of Spiotta’s writing are sharp, and many: Sam recalling the narcotic pleasure of holding her daughter as a baby, her painful longing and loneliness for it now. Or smaller moments … So much contemporary fiction swims about in its own theories; what a pleasure to encounter not just ideas about the thing, but the thing itself—descriptions that irradiate the pleasure centers of the brain, a protagonist so densely, exuberantly imagined, she feels like a visitation.”

“Animal recalls themes from Three Women—beautiful Italian women, older men, a didactic undercurrent on how the world shapes women. Joan’s aunt Gosia, a sort of vampier Miss Havisham, teaches her to leverage her erotic capital and lavishes her with Manolos, Louboutins and Chanel mules. Drink every time another character buys Joan a luxury item, and you’ll have a very good time indeed. Do it when she calls herself a whore and you’ll be under the table. Joan’s own voice comes to seem like Gosia’s as she lectures the reader on managing men and on appearance and taste. She’s a hybrid of Ottessa Moshfegh’s narrators in Eileen, and My Year of Rest and Relaxation, with the former’s retrospective tetchiness and the latter’s snobbish vulnerability. There’s also a touch of Cusk in Joan’s knack for running into quotable strangers. They never fail to set up Joan’s epigrams, and they’re especially obliging in dredging up dark memories. At times the novel reads as if Joan were in a theme park engineered to issue her with psychodynamic therapy … Everyone in this novel sounds like Lisa Taddeo, is what I’m saying. This doesn’t make for effective characterization, but in fairness I wouldn’t mind everyone in the world sounding like her.”