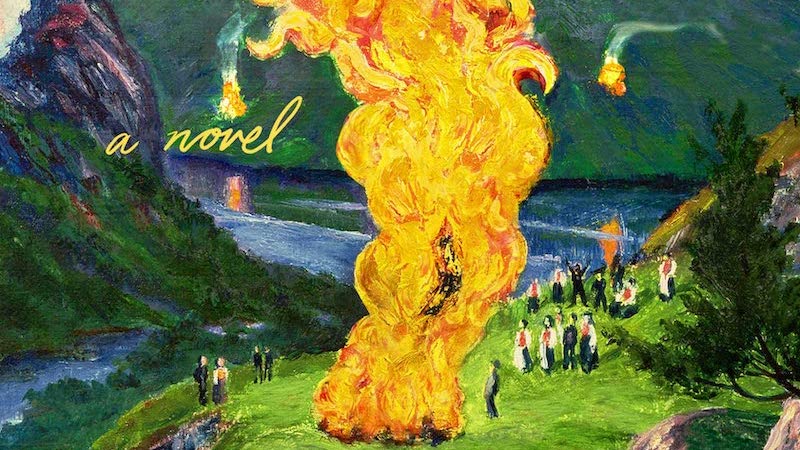 “…if these essays have a unifying theme and express a single mandate, they are about the redemptive importance of paying attention to the planet and to the other beings with which we share it. Attentiveness works as an antidote not only to distractedness but to the fatal unseriousness of modern life … Thrilling encounters with wolves and killer walruses notwithstanding, Lopez wasn’t after Animal Planet-worthy adventures. He wanted us to seek out the human histories that reside in the landscape, too: the legacies of atrocity and exploitation that bounce around the rocks and valleys of this country as much as elks and coyotes do … Paying attention, for Lopez, means grappling with the ways in which genocide and slavery still shape our social geographies today. It means respecting diversity—epistemological as well as biological—as an essential principle of life. It means giving the nonhuman its due, not as a collection of exploitable resources but a web of interrelated beings, each with ‘their own integrity and perhaps even their own aspirations,’ our partners in the divine.”

“The institutional tone in 21st-century humor is unequipped to deal with anything that matters. In Happy-Go-Lucky, his new collection of essays about the pandemic, aging, and the slow but inevitable death of his father, David Sedaris simultaneously asserts himself as the undisputed past master of this tone and captures its fundamental weakness, applying the style he has developed for the last 30 years to a subject matter for which it is almost eerily unsuited … It is ironic, then, that relatability also turns out to be the absolute bête fucking noire of this collection, cropping up again and again to recast Sedaris not as the antsy everyman we grew up with but rather as some kind of moneyed Aspergers case … For a different author, that would be comedy gold—or at least a bracing opportunity to try something new, to go somewhere more vulnerable and potentially less funny, but also maybe incisive and bittersweet in a way that made the late-life output of funny writers like Twain and Joan Didion so paradoxically invigorating. But Sedaris can’t seem to do it. Either he doesn’t have enough tools in the box or he just refuses to look too closely at any of these understandably difficult subjects, so instead he writes about them in the same tone he used to write about department-store Santas and being bad at French, with disastrously jarring results … Sedaris is like the social director running around the deck of a listing cruise ship, frantically playing for laughs and doing jazz hands while the reader wonders whether he doesn’t know the ship is sinking or just refuses to acknowledge what’s going on … A man with a dozen houses confronts death, the coronavirus pandemic, Black Lives Matter, and broad cultural changes that he cannot fully understand. ‘Ha ha!’ he says. It sounds just like a laugh, just like it always has, except it does not sound true.”

“One’s experience of Gunn’s poetry—which is, by turns, conversational, formal, and metaphysical, and often all three at once—is deeply enhanced by the life one discovers in The Letters of Thom Gunn … Part of the enormous debt I feel to the editors of Gunn’s letters has to do with the way they have expanded my understanding of his work. In the letters, I have discovered the person Gunn left out of the poems … That will to negate, to kick at society’s glass jaw and not call it a tantrum, changed when the romantic death wish became actual death, and Gunn had to see that beloved figure, dead on the kitchen floor, over and over again … I think we are still trying to find a language for what Gunn and others of his and my generation survived, if that is the word. Withstood. There is no comprehending that feeling of being morally degraded by one’s times—of having to change the shitty drawers worn by the going, and then gone. The Man with Night Sweats was one of the first, valiant attempts to find words to express how death on a mass scale can cut you off from life, even when you are still among the living … Gunn’s true self both is and isn’t in these letters. How could he not split off, given what he had seen and what he had survived? The Letters sent me back to Gunn’s poetry to find what I had been missing all along: his often unspoken understanding of the agonies of the mind and heart, as well as the joys, his sometimes childlike reach for the ecstatic. If death is the most vivid, indelible thing life offers us, Gunn’s writing asks again and again, how do we make the best of both life and death? He did the best he could with what life gave him, and I love him for it.”

–Hilton Als on The Letters of Thom Gunn (The New Yorker)

“… surely the nastiest Trump administration memoir yet, and possibly, given Conway’s track record, the most flagrantly dishonest … in 500 pages packed with more score-settling than a Quentin Tarantino movie, Conway gives free rein to her contempt for Jared Kushner, Steve Bannon, Mark Meadows, Brad Parscale, Reince Priebus, Sean Spicer, and countless other unnamed male Trump staffers … let no one call this book meticulously edited … When she can’t confuse a discussion with arguments as tangled as a pailful of eels, Conway simply avoids it … feels most alive when she’s seething at the ‘overrated, underachieving men who had ridiculed and dismissed me for years’ … can be read as the delusional account of a woman blind to the shortcomings of the powerful man who gave her a shot. But it can also be read—will be read, by those who matter—as an advertisement for her own consultancy business. She’s such a skilled prevaricator that I found myself wondering if she really hates all those male GOP consultants so virulently—or is she just taking out the competition? Furthermore, the ease with which she burns her bridges with Kushner while buttering up her one-time client Mike Pence make clear who she thinks her party’s next candidate will be. Only a fool would trust her, but only a bigger fool would write her off.”

“… an audacious period piece that—over the course of four acts, each framed as a ‘book’—seeks to undo the hardened conventions undergirding myths about American power. And it deftly illustrates how stories about the nation’s exceptionalism are inextricable from the circulation of money … The progression suggests that one way fiction might approach the depiction of capitalist totality and its impossible forms is by presenting it, however futilely, through incommensurable shards … Rarely does Diaz inhabit the perspective of the worker, except when that worker comes within proximity to power (like Ida). More often, he gives texture to individuals who stand in (sometimes self-consciously) for the broader world of finance as a way of drawing readers closer to the abstract complexities of capital accumulation … We may not get close to grasping the heart of the mystery. But that’s hardly the point. Instead, we might at least begin to perceive how little it is we can see at all.”