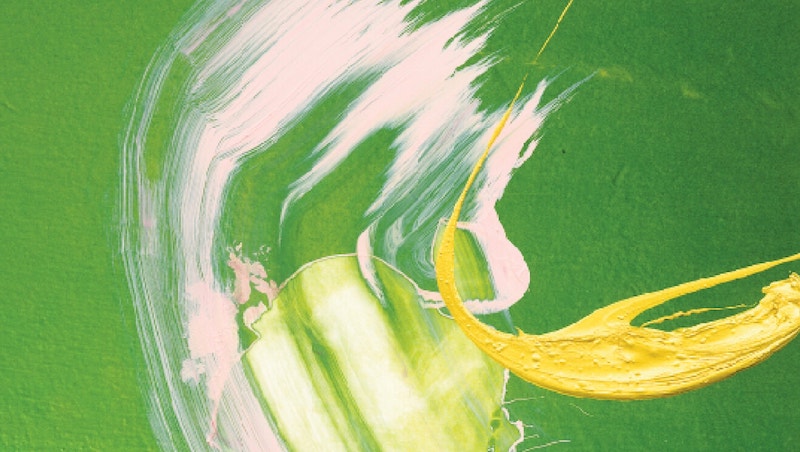 “The book is all undergrowth, exuberant, tangled passage. It recalls Nathalie Léger’s brilliant and original Suite for Barbara Loden: a biography of the actress and director that becomes a tally of the obstacles in writing such a book, and an admission of the near-impossibility of biography itself. ‘To study a female life marked by silence is to attempt a cartography of fog,’ Ni Ghriofa has written … So daunting at first, this work—the re-creation of a life, the translation of the poem—begins to feel familiar … What is this ecstasy of self-abnegation, what are its costs? She documents this tendency without shame or fear but with curiosity, even amusement. She will retrain her hungers. ‘I could donate my days to finding hers,’ she tells herself, embarking on Ni Chonaill’s story. ‘I could do that, and I will.’ Or so she says. The real woman Ni Ghríofa summons forth is herself.”

“As an account of what policing can be like for police themselves, Tangled Up in Blue is singularly frank, and its depictions of the civilians who encounter police possess a rare mixture of empathy, self-consciousness, and well-hedged appeals to context. But Brooks’s book is also about more than just policing as an institution, or even her own experiences as a cop: It is a deeply personal family memoir, and a meditation on questions of race, class, gender, and family inheritances. Some readers may find it enthralling; others may find it distasteful. Whatever the case, it is certainly revealing, sometimes painfully so … What is at stake here is more than Brooks’s word choices as a memoirist or her life choices as a person or her decisions as a cop. When Brooks first tells her mother about her plans to become a cop, Ehrenreich invokes Nietzsche’s line about how those who gaze long enough into the abyss will find the abyss gazing back into them. But what will Americans see when they gaze into this book? Is this a book that will give readers a new perspective on the violence of policing—or is this just the story of how cops, and by extension her readers, can make peace with it?”

–Patrick Blanchfield on Rosa Brooks’ Tangled Up in Blue: Policing the American City (The New Republic)

“All forked out, Roth could redirect and redeploy his warlock energy and remaining resources on the later fiction…while casting the most important role of all before the Big Fade-Out. Enter the biographer. Not​ just any golden retriever would do. In Roth’s case, the position required a literary Lego architect of tact, sophistication and meticulous care, not some racketeer who would go rooting around behind his back but a capable junior partner who could take direction and follow the sheet music … With the diligent and diplomatic Bailey, Roth appeared to have made the right choice. If anything, he appeared to have made too right a choice, a certain conceited quality stardusting their collaboration, The Biography at times taking on a buddy tone with a fireplace glow … Later in life Roth would lament to Bellow that much of the fun had gone out of teaching—‘You used to be able to sleep with the girls in the old days ... and now of course it’s impossible. You go to feminist prison’—and this loss in penis-privilege is unlikely to evoke pathos in any but the most predatory. Did Roth and Bailey exchange similar sighs, invoking the iron clang of feminist prison? The allegations of predation against Bailey have raised the specter of an affinity between him and Roth that frames their relationship less as that of biographer and subject and more that of co-conspirators—partners in slime, a fraternal symmetry.” 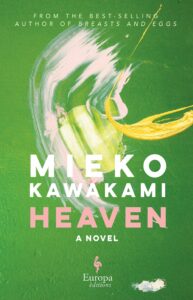 “Have you allowed yourself to forget, perhaps for the purposes of survival, the intense clarity with which you saw the world at 14? I don’t mean the strength of the emotions you felt, the ones that linger with us as adults in manageable, washed-out shades—lust, love, shame, rage. I mean the way that the arbitrary injustice of the world, and its cruel divisions—rich and poor, weak and strong—made themselves starkly apparent. The Japanese novelist Mieko Kawakami has not forgotten … Her characters grapple with the most fundamental obscenity: that of being alive at all … the book is full of masterly set pieces of violence, scenes of senseless bullying so lucid you can almost feel the pain yourself…The bully is the Nietzsche to Kojima’s Laozi, the ancient Chinese philosopher behind the Daoist principle of wuwei, or inaction. Philosophy is never referenced directly in the book, but it feels all the purer, all the more urgent, for the clarity of a teenager’s delivery … It is rare for a writer as complex as Kawakami to be so unafraid of closure, to be as capable of satisfying, profound resolution. But then again, to read her work is to feel that she is not afraid of anything at all.”

“Like most of Cusk’s recent fiction, the novel is written in a retrospective first person. The narrator, identified only as M, is at once elusive and exhaustively forthcoming; she leaves much unexplained and undescribed, but will endlessly burnish a passing feeling until it shines like an epiphany … Very little happens in Second Place, but the book is alive with movement, as the characters’ roles change and the context of even the most prosaic acts shifts dramatically. Occasionally M will allow an answer to a question that has been on the reader’s mind, but for every revelation there’s a new, unexplained anomaly —like her bizarre fainting spell and near coma which passes in a day and is never mentioned again. M spends much time analyzing phenomena she’s able to observe only obliquely; the impossibility of directly describing or explaining anything is the novel’s primary preoccupation … it’s not a comedy, but it employs many small mordantly comic effects that function like a jeweller’s steel blade, cleaving faceted gems out of rough stone. It represents a new mode of organizing the fragments of perspective that the trilogy exploded: a deannihilated novel, and a very good one.”