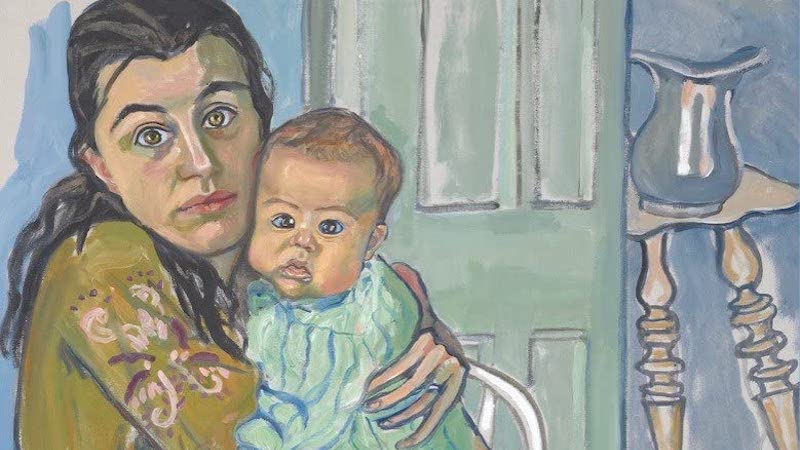 "She is a poet who elevates the novel, on a linear level, to something higher"

This week’s treasure trove of terrific reviews includes David Vann on Sara Baume’s Seven Steeples, Lucas Iberico Lozada on Rafael Bernal’s His Name Was Death, Sarah A. Seo on Anne Gray Fischer’s The Streets Belong to Us, Francesca Wade on Julie Phillips’ The Baby on the Fire Escape, and Ben Sandman on Adrian Shirk’s Heaven is a Place on Earth.

“Decay and neglect are the constant themes, and the descriptions are gorgeous. Line by line, Seven Steeples is one of the most beautiful novels I have ever read. But what’s strange is the utter lack of subtext. Usually, landscape indirectly illustrates the interior life of the characters and furthers the drama. But in Seven Steeples, there is absolutely no conflict between these two characters. By the end, Bell and Sigh have become one, ‘a sole life,’ undifferentiated. And though we are told that ‘Bell and Sigh had been thoroughly infected by each other’s way of speaking … By their seventh year, they spoke in a dialect of their own unconscious creation,’ we never hear an exchange of dialogue between them … Ultimately, the author seems to have fallen into a dangerous trap: being caught by an idea … It’s just not true that two people can become one, and the novel feels limited by this conceit, which has the effect of shutting out the reader entirely. We know the minutiae of these lives in absolutely exquisite physical detail, but only in physical detail … Baume’s descriptions of landscape are lovelier than I can express; you simply have to read them yourself. She is a poet who elevates the novel, on a linear level, to something higher. But I wish all these descriptions could have been anchored in drama and activated to mirror interior lives. Instead, they are beautiful, subtextless nothings. In that way, too, in lacking sustained drama, the author is a poet.” 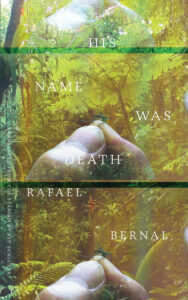 “…literature loves a good villain, and in an age when a warming climate makes more places increasingly hospitable to the mosquito—and increases the virulence of mosquito-borne diseases—we might well see more novels in which they play a central role … First published in 1947 in Bernal’s native Mexico, nearly forgotten for half a century, and only now appearing in English, His Name Was Death is a parable about the horrors that await human arrogance. And given what we now know about the relationship between habitat destruction and the emergence of new zoonotic diseases, it’s an eerie (and almost on-the-nose) message for the Covid years … Generations of Mexican writers have praised the way Bernal transformed the hacky conventions of hard-boiled detective thrillers into high art, while offering a caustic indictment of power politics—be it of the Mexican, Soviet, or American variety—along the way. His Name Was Death does something similar with the alien–invasion pulp novel … The diaristic conceit perfectly matches the narrator’s fervid tone and dashed-off pronouncements, as well as the almost complete absence of flashback or any of the other tools that novelists rely on to promote character development; one could enter the story at any moment and get a more or less complete understanding of the novel’s stakes within a page or two … Yet the apparent simplicity of His Name Was Death belies the subtlety of its themes. Behind the horror of the mosquito ‘invasion’ are the nested invasions of the apparently ‘civilized’ humans in the book … Slyer still is Bernal’s critique of the narrator, who in rejecting the barbarism of modernity manages to wreak its worst impulses on the community that takes him in.” 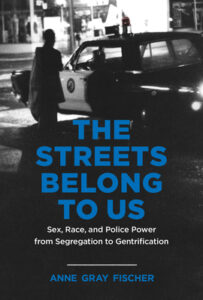 “Fischer argues that it was the sexual policing of Black women that laid the legal groundwork for ‘mass misdemeanor policing’ and legitimized the police’s broad powers to exercise discretion. The history that Fischer traces in her book is revelatory for several reasons. Most accounts of crime and punishment focus on men, particularly Black men, not women … two trends coincided in the mid-20th century that turned law enforcement’s attention to Black women’s sexuality. First, white people in cities throughout the country decamped to the suburbs, so by 1965, many urban areas had large Black populations. Second, sexual mores loosened up, requiring the revision of Progressive-era laws that had criminalized nonmarital sex, ‘with or without hire.’ As a result, a new distinction emerged between legal and illegal sexual conduct based on race. For middle-class white women, sex outside of marriage tended to be understood as a private activity and decriminalized (albeit considered a psychological disorder), whereas for Black women, who were associated with the ‘ghetto’ or ‘slum,’ it remained criminalized and came to be seen as an example of public disorder … Fischer found that arrests for morals offenses skyrocketed throughout the country in the 1980s … Fischer explains how poor Black women shouldered the costs of gentrification and police militarization. Her book goes on to make an even stronger causal argument: Modern police’s discretionary power was ‘built on women’s bodies’ … While movements like #SayHerName highlight police violence against Black women today, The Streets Belong to Us shows us its deep roots in our history, our laws, and our cities.”

–Sarah A. Seo on Anne Gray Fischer’s The Streets Belong to Us: Sex, Race, and Police Power From Segregation to Gentrification (The Atlantic)

“‘Where do I want my vitality to go?’ Susan Sontag wrote in her diary in 1962, 10 years after the birth of her only child. ‘To books or to sex, to ambition or to love, to anxiety or to sensuality? Can’t have both.’ In The Baby on the Fire Escape, the biographer Julie Phillips investigates the assumption in that chilling final line … These women speak of their shattered concentration, their resentment at curtailed writing time, the ingrained societal disapproval of working mothers, the selfishness they feel on closing the door. There are also those rarer voices who describe family life as galvanizing to their creativity … The question driving Phillips’s book is not whether these women were good writers or good mothers, but what conditions might enable creativity and domesticity to stand in a workable balance … This is an uneasy book, which raises many more questions than it answers. Phillips’s own ambivalence is palpable: questioning the project, grappling with her proclivity to judgment and asking what she’s looking for … What emerges most strongly from Phillips’s study is the fact that invisible social structures have, for generations, failed women, their children and their art. We are all the poorer for it.”

–Francesca Wade on Julie Phillips’ The Baby on the Fire Escape: Creativity, Motherhood, and the Mind-Baby Problem (The New York Times Book Review)

“In America, the quest for radical community—whether driven by religion, politics, or a desire to make art—has often been depicted as requiring a literal journey: a move from the city to the country, where it’s possible to build something new and start over … Yet Shirk’s book isn’t just a study of groups that have historically decamped to rural America with plans for a brave new world. Heaven is a Place on Earth is also a memoir, in which Shirk records her own search for a more communal life…the book becomes, unintentionally, a window into rural gentrification: the migration of affluent urbanites and suburbanites to the country. That she doesn’t see her move in these terms, at a time when second-home buyers have spurred a ‘freak-out housing market’ in upstate New York, only highlights just how under-recognized rural gentrification is … This, it seems, is the logic that leads Shirk upstate: It’ll be more affordable than Brooklyn or the Bronx, and it won’t count as gentrification…On some level, Shirk seems aware that migrating upstate might count as gentrification, but she takes pains not to fully acknowledge this fact … These blind spots matter because they stifle an important conversation before it can start. Rural gentrification has consequences, and we should be talking about them.”

–Ben Sandman on Adrian Shirk’s Heaven is a Place on Earth: Searching for an American Utopia (The New Republic)