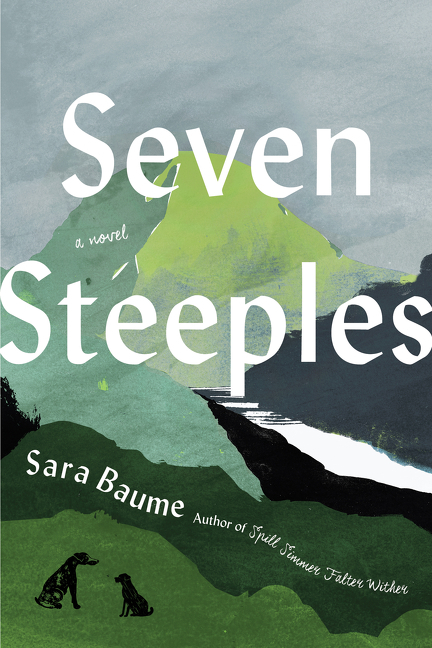 A novel about a couple that pushes against traditional expectations, moving with their dogs to the Irish countryside where they embed themselves in nature and make attempts to disappear from society.

What The Reviewers Say
Rave Barney Norris,
The Guardian (UK)
... glacially beautiful ... I am almost certain it’s a ghost story, but it’s a novel that gives up its secrets warily ... I believe this novel will mean profoundly different things to different readers, because its own presiding spirit is surely Elizabeth Bishop, who worked so carefully at keeping feeling unspoken under the surface of her poetry, only revealing the heart through the physical world: she understood that emotion would shine out through detail, through specific, close observation. As if in tribute, Baume offers up an astonishing prose poem that keeps close religiously and lovingly to the physical throughout ... Bell, the female character, has a habit of 'touching things to draw blessedness out of them', and this is absolutely what Baume is doing throughout ... haunting and dreamlike and wonderful to read ... powerfully recalls the middle act of Virginia Woolf’s To the Lighthouse, that heart-stoppingly moving depiction of time passing through an empty house, of loss accumulating ... At the novel’s end, Baume finally sends her protagonists up the mountain they live on, a climb they’ve been meaning to get round to for seven years. Looking back at their house with them, I felt I was given a revelation of what had been going on all this time – but what I saw will be very different from how the story looks in the eyes of others. That is the magic and the brilliance of this haunting, fathomlessly sad book.
Read Full Review >>
Rave Sarah Gilmartin,
The Irish Times (IRE)
Where a conventional novel might linger in the newness of the union, the strangeness of the move, most of the action in Seven Steeples is summarised in a matter of pages, the messy business of character and back story dispensed with in one striking sentence...It takes a writer of quality and courage to make narrative choices like this. Fans of Baume will know her to be both ... There is something both idyllic and apocalyptic about the scenario, which is ably rendered through an objective, unemotive tone, enlivened by Baume’s ethereal prose. The narrative style is unintrusive, a camera lens panning the surrounding world and recording the wonders of nature, before contrasting this with the clutter that can fill up a life; Marie Kondo meets literary fiction ... The lack of a plot, as such, will undoubtedly not appeal to some readers. But in another way, if plot is the causal chain that connects characters and events, then Seven Steeples is nothing but plot, which is to say the delineation of the daily life of a couple who have chosen to escape from society ... Baume is an original, and Seven Steeples is a unique book that asks the reader to think about the possibility of a world of one’s own.
Read Full Review >>
Rave Sam Sacks,
Wall Street Journal
In Sara Baume’s Sevem Steeples, a pair of 'solitary misanthropes' named Isabel and Simon, or Bell and Sigh, leave Dublin for a decrepit rental house in a rural patch of southern Ireland ... With calm scrutiny and a vividly beautiful poetic touch, Ms. Baume describes the world they come to inhabit ... The easy strain of music in that brief litany is characteristic of Ms. Baume’s writing, as is the image of messy interconnectedness. In time, habit and isolation turn Bell and Sigh and their dogs into a kind of ungainly single organism specifically adapted to their narrow surroundings. No story is imposed on this gradual evolution (or devolution, perhaps). Ms. Baume only means to see it, and to make us see it as well, in all its oddness and silliness and tender fragility. She succeeds wonderfully.
Read Full Review >>
See All Reviews >>
SIMILAR BOOKS
Fiction

Kaleidoscope
Cecily Wong
Rave
What did you think of Seven Steeples?
© LitHub | Privacy