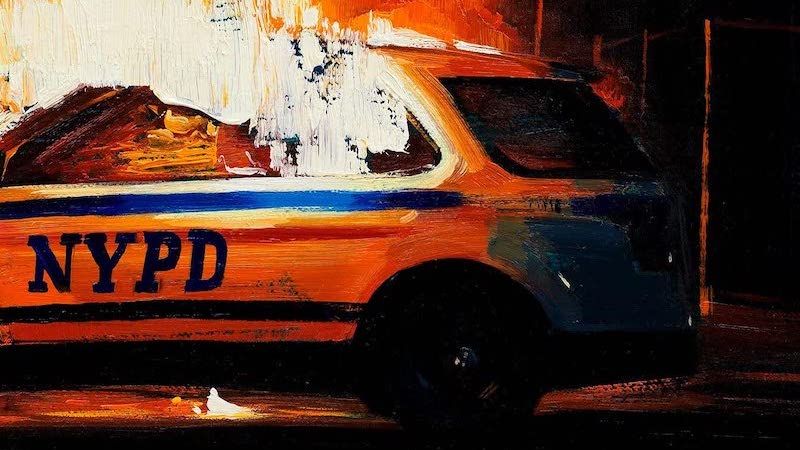 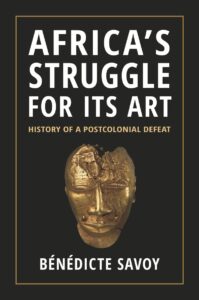 “For decades, the bronzes have served as emblems of the African struggle to reclaim art expropriated under colonial rule. More than half a million such objects—by some accounts, more than ninety per cent of all cultural artifacts known to originate in Africa—are held in Europe, where they have long seemed destined to remain … Now, in a very short time, a tectonic shift has occurred…The wave of returns has many causes, from geopolitical jockeying to the reckonings prompted by social movements like Rhodes Must Fall and Black Lives Matter … Only a handful of objects have actually been restituted, despite thousands of outstanding requests. Few governments have enacted general return policies. And some of the largest institutions, like the British Museum, have actively avoided the conversation … ‘Nearly every conversation today about the restitution of cultural property to Africa already happened forty years ago,’ Bénédicte Savoy writes…Her revelatory new book charts the course of an all-but-forgotten movement, which began in the nineteen-sixties, Africa’s decade of independence, and faded in the eighties, when European museums succeeded in burying its demands…Her investigation yields a riveting scholarly whodunnit that doubles as a timely warning, in her words, that ‘museums also lie’ … It’s hard to take issue with this expansive ideal of human culture. Yet to see it as an argument against restitution posits a false choice between European universalism and African nationalism, when, in actuality, the claims of ‘universal’ museums have long provided cover for nationalisms of their own … In the long run, advocates for restitution may look less like Killmonger and more like the Mu’tafikah, a group of multicultural art bandits, in Ishmael Reed’s novel Mumbo Jumbo, who liberate artifacts from the world’s Centers of Art Detention. Their goal isn’t revenge or ethnic chauvinism but something much worldlier—creating ‘renewed enthusiasms for the Ikons of the aesthetically victimized civilizations.’”

–Julian Lucas on Bénédicte Savoy’s Africa’s Struggle for Its Art: History of a Postcolonial Defeat (The New Yorker)

“Either/Or shares none of the chastity of its predecessor. Selin and Ivan’s tentative and nerdy emails (in which they pretended to be characters from their Russian-language textbook) and their innocent swims in Walden Pond have given way to an S&M party, K-Y jelly, handcuffs, and talk of a Swedish-twin fetish. It is as if Batuman set out to respond to her detractors and (in the style of her protagonist, who always petitions the dean to take a fifth course) couldn’t help overachieving in the process … The novel meanders along as she experiments with sensualism. As Selin bounces from one experience…to the next, Either/Or never gets tied down to any one story line. Batuman is not about to concoct some equivalent to the marriage plot; an aesthetic life necessitates narratological promiscuity … The sequel is a more explicit künstlerroman than its antecedent … Either/Or could double as a syllabus. Batuman’s newest narrative is propelled by Selin’s encounters with various works of art … With the raw sincerity and droll insight into the rarefied world of academia that readers will remember from Batuman’s previous books, Selin recounts her initial toe-dip into hedonism … One of the criticisms levied at The Idiot was that Selin seemed to lack a political consciousness. However one comes down on the debate over whether literary fiction should be held to such a standard, Either/Or is enriched by Batuman’s decision to raise the stakes of the novel’s central theme … As for what kind of life is worth reading about, some will no doubt be prompted to wonder just that after closing Either/Or … Plenty of people might ask themselves why they should bother with a whole novel about an antic undergrad obsessed with the dilemmas of art-making. I confess I felt a tinge of the same vexation … Perhaps it should be enough to say of reading Either/Or that I enjoyed the experience.”

“The intellect of playwright, novelist, essayist, and critic Gary Indiana is notoriously brawny and sure-footed, ranging across, to borrow his words, ‘the queasy context of the modern world’ with an assurance and elegance largely unfamiliar to our era’s torrential toadyism and its twin, cancellation … A triumphant collection … Appreciated on the level of his sentences alone, Indiana is a lapidary wielding a straight razor … Fire Season is in fact full of admiration, even terrific tenderness, for many of its subjects, proving throughout what an exacting reader he is of character. No contradictions are left unturned … What becomes clear in reading this collection is that American culture is so habituated to bright-siding, readers can lose sight of the fact that venom, administered appropriately, is medicine … Giggling, shuddering, even at times a little nauseous, I found myself only once dissenting from Indiana, not because of his point-blank candor, but because I perceived him to humble himself uncharacteristically and unnecessarily … Indiana’s hungry readers will devour these essays and lick their chops, feeling satisfied as they wait for more from him.”

“Although Continetti steers clear of insider gossip, his description of life in the conservative machine has the feel of an eyewitness account … Meaningful silences with respect to his old employer aren’t the only times when Continetti shades the narrative to place his subject in a softer light … This, in short, is a book that gets a lot of things wrong. But it gets one big and important thing right. By illustrating how much today’s right-wing populists owe to yesterday’s establishment conservatives—their successes, failures, and all the compromises made along the way—Continetti demonstrates that there are no sharp breaks in the history of the Right, only partial victories in a constant struggle. Trump’s election wasn’t divine retribution for conservatism’s original sins. It was just politics, the result of both long-term structural trends and choices shot through with contingency. Which means the fate of the Right is still up for grabs. And so is American democracy.”

–Timothy Shenk on Matthew Continetti’s The Right: The Hundred-Year War for American Conservatism (The New Republic) 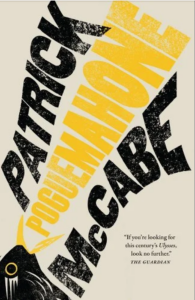 “The Irish novelist Patrick McCabe is, in modern parlance, a lot. His narrators are often less unreliable than anti-reliable, their thinking expressed in purposely haphazard prose. His books are stuffed with violence and jokes, mental illness and cultural references, folklore and history, often written with Joycean vigor and obfuscation … The irrepressible McCabe is experimenting even by his own standards in his new novel, Poguemahone, which arrives in 600 pages of free—very free—verse … The book is full of grim occurrences and apparitions, but told in a tipsy, confiding style … Poguemahone is like a high dive: The toughest part of reading it might be convincing your feet to leave the board. Once you’ve done that, gravity does the rest … Poguemahone, living up to its author’s reputation, is daring, studded with brilliance, raucous and exhausting. It might overstay its welcome, but you’ll remember its visit.”