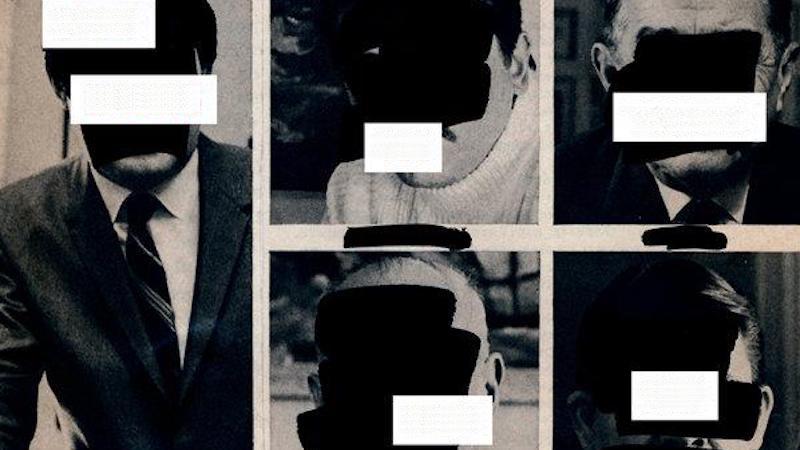 5 Reviews You Need to Read This Week: Needy Misogyny and Fossilized Sexism

We’re coming in hot this week, folks, with ecstatic raves, savage pans, and reflections on two of America’s most beloved contemporary authors for you to chew on.

First up, it’s Andrea Long Chu’s deliciously damning Bookforum review of Bret Easton Ellis’ “deeply needless” collection of essays, White, the existence of which, Chu notes, “we could have all been spared if Ellis’s millennial boyfriend had simply shown the famous man how to use the mute feature on Twitter.”

Over at the New York Times, former United States Poet Laureate Robert Pinsky considers the career, and latest work, of beloved centenarian poet and patron of the Beats, Lawrence Ferlinghetti: “the story of Little Boy echo[es] a great national question…Who, little boys and girls, juvenile yet old, do we think we are?”

Meanwhile, in his New Yorker review of Sing to It—Amy Hempel’s first collection of short stories in thirteen years—James Wood compares her storytelling gifts to those of Grace Paley: “Like Paley,” Wood writes, “she is a natural storyteller who is also very interested in the artifice of storytelling—in the ways that stories deform or hide the truth, in what can and can’t be disclosed on the page.” 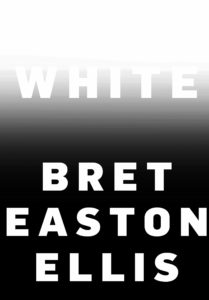 “White is Ellis’s first foray into nonfiction, and the result is less a series of glorified, padded-out blog posts than a series of regular, normal-size blog posts. Mostly, Ellis hates social media and wishes millennials would stop whining and ‘pull on their big boy pants’—an actual quote from this deeply needless book, whose existence one assumes we could have all been spared if Ellis’s millennial boyfriend had simply shown the famous man how to use the mute feature on Twitter … Ellis’s true purpose in the remaining two hundred pages of White, a rambling mess of cultural commentary and self-aggrandizement, is to offend young, progressive readers while giving everyone else the delight of watching…Even the title White is a provocation, designed to simultaneously anticipate, incur, and mock accusations of white privilege … This presents a problem for the reviewer in my position: namely, whether to take the bait. I could write an incensed review that fiercely rebuts White’s many inflammatory claims, thus giving the impression that they should be taken seriously; if my review were to go viral, it would likely trigger more bad coverage on pop-culture websites like Vulture and Vice; Bret Easton Ellis might trend for a bit on Twitter, where we would all take our best shots at dunking on this dude; and at the end of it all, the author would get to feel relevant again, and maybe finally write a movie that people actually liked. But why bother? For years now, Bret Easton Ellis has been accused of being a racist and a misogynist, and I think these things are true; but like most things that are true of Bret Easton Ellis, they are also very boring … This was [Patrick] Bateman’s ‘greatest fear,’ Ellis writes in White. ‘What if no one was paying him any attention?’ Ellis does not realize he is talking about himself, an angry, uninteresting man who has just written a very needy book.”

“No one’s biography has more completely or ardently embodied the visions and contradictions, the achievements and calamities, the social mobility and social animosities, of that life span. Poet, retail entrepreneur, social critic, publisher, combat veteran, pacifist, poor boy, privileged boy, outspoken socialist and successful capitalist, with roots in the East Coast and the West Coast (as well as Paris), Ferlinghetti has not just survived for a century: He epitomizes the American culture of that century. Specifically, he has been a unique protagonist in a national drama: the American struggle to imagine a democratic culture. How does the ideal of social mobility affect notions of high and low, Europe and the New World, tradition and progress? … The cover of Little Boy bears the label ‘A Novel’—not a matter of literary form so much as an assertion of the autobiographer’s right to invent, embellish and creatively misremember. The book begins with a few dozen pages of engaging narrative of a conventional kind: ancestry and childhood anecdote. That linear setup gradually sublimates into long, lyrical sentences of freewheeling associations: the verbal riffs of a good talker … Goya and the billboards and the story of Little Boy echo a great national question. From the sublime mass-art works of Buster Keaton, now preserved in university archives, through the ebullient logic of classical music in Looney Tunes, to the absurdity of a president rising from a dumb ‘reality’ TV show, from Coney Island to the Mind: Who, little boys and girls, juvenile yet old, do we think we are?”

“… audacious … an intimate, brainy, gleaming epic … The plot pivots gracefully—this is a supremely confident literary performance—from accounts of the region’s early white colonizers and despoilers through the worst years of the AIDS crisis … The reader who picks up The Old Drift is likely to be more than simply impressed. This is a dazzling book, as ambitious as any first novel published this decade. It made the skin on the back of my neck prickle. Serpell seems to want to stuff the entire world into her novel—biology, race, subjugation, revolutionary politics, technology—but it retains a human scale … Serpell carefully husbands her resources. She unspools her intricate and overlapping stories calmly. Small narrative hunches pay off big later, like cherries coming up on a slot machine. Yet she’s such a generous writer. The people and the ideas in The Old Drift, like dervishes, are set whirling. When that whirling stops, you can hear the mosquitoes again. They’re still out there. They sound like tiny drones. They sound like dread.”

“There are no empty vessels when everything has its proper weight. Hempel works carefully, sparingly, glancingly … Hempel, like some practical genius of the forest, can make living structures out of what look like mere bric-a-brac, leavings, residue. It’s astonishing how little she needs to get something up and going on the page. A pun, a malapropism, or a ghost rhyme is spark enough … Hempel is an experimental writer, in the way that Grace Paley was an experimental writer. Like Paley, who has clearly been an influence, she is easy to read and sometimes harder to comprehend. Her sentences are not complex, but the speed of their connection to one another is a little breathtaking. You need to slow down in order to go as quickly as Hempel is travelling. Like Paley, she is a natural storyteller who is also very interested in the artifice of storytelling—in the ways that stories deform or hide the truth, in what can and can’t be disclosed on the page. She is a self-reflexive writer who, miraculously, doesn’t seem self-conscious … In ‘Offertory,’ which appeared a decade ago, in Hempel’s previous collection, the narrator remarks, despairingly, ‘He said he wanted to see everything, but did he, really? Does a person want to know the thing he is asking you to tell him?’ These lines seem central to Amy Hempel’s work. We flinch from the truth, we take up convenient and fantastical fictive embroidery to avoid its dangers. But we also write stories to enable us to survive the truth, to sing to it and of it. The secret is in the quality of the song.”

“We’ve had half a century with The Second Sex, The Dialectic of Sex, Sexual Politics, and all the rest, yet straight men of letters still regard their fossilized sexism and quotidian horniness as windows into existential wisdom. Hard again! the male author marvels while streaming free porn in his book-lined office. What does it all mean? These are the inquiries of those who refuse to read feminists: How would a nerdy man have power over a pretty woman if she’s the one making him want her? How could a man be accused of disrespecting women when he’s so awestruck by their young, sexy bodies?…This benevolent stance is shared by David Shields, a man who appreciates women so much that he’s eroticized their sexual rejection, disdain, and disinterest even more than their receptivity … I can’t say what the book has done or will do to his marriage—in the end the only qualities I associate with his wife are patience and good taste in reading material—but I know that ‘human intimacy’ is not actually Shields’s focus. What he’s beguiled by is what he sees as his own fascinating sexual complexity … Shields is so enraptured by his ignorance that he’s fetishized it. He’s covetous of it. He craves exhibitionism, not connection: He wants to publicly luxuriate in the nooks and crannies of his lust while passing it off as an intellectual inquiry … Compared to the other challenges of the twenty-first century, this preening, dogged ignorance is a minor problem, but it still corrodes the spirit to see willfully uneducated fumbling passed off as philosophy. At least Mailer had the courtesy to read Millett before he soldiered on with his regressive nonsense.”

–Charlotte Shane on David Shields’ The Trouble With Men (Bookforum)