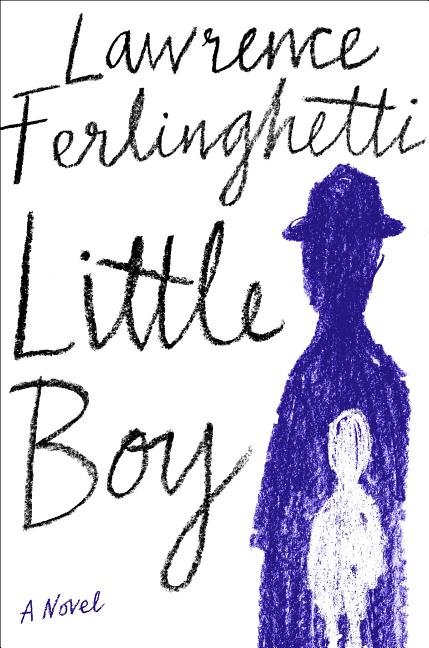 From the famed publisher and poet, author of the million-copy-selling collection A Coney Island of the Mind, his literary last will and testament—part autobiography, part summing up, part Beat-inflected torrent of language and feeling.

What The Reviewers Say
Rave Robert Pinsky,
The New York Times Book Review
No one’s biography has more completely or ardently embodied the visions and contradictions, the achievements and calamities, the social mobility and social animosities, of that life span [of the last century] ... The book begins with a few dozen pages of engaging narrative of a conventional kind ... That linear setup gradually sublimates into long, lyrical sentences of freewheeling associations: the verbal riffs of a good talker. Readers hoping for reminiscences of Beat figures like Ginsberg ('Ginzy') and Jack Kerouac ('Ti-Jean') may be disappointed. Ferlinghetti approaches writers and writing in a more sweeping, lofty way ... Above all, Ferlinghetti is literary in the American way of his generation, with the appealing old-fashioned enthusiasm of an autodidact ... the story of Little Boy echo[es] a great national question. From the sublime mass-art works of Buster Keaton, now preserved in university archives, through the ebullient logic of classical music in 'Looney Tunes,' to the absurdity of a president rising from a dumb 'reality' TV show, from Coney Island to the Mind: Who, little boys and girls, juvenile yet old, do we think we are?
Read Full Review >>
Rave Tyler Malone,
Los Angeles Times
Not quite a novel nor a memoir. The book’s publisher rightly calls it an 'unapologetically unclassifiable work.' It’s at once a novel, a memoir, a poem, a monologue, a psalm, a rant, a scientific treatise, a political address, a last will and testament, a mostly punctuation-free stream of consciousness — a shout into the maw of oblivion, a definitive capstone to a long and storied literary life ... reads like a surreal semi-autobiographical blackbook record of a semi-mad period, except here it’s a period in which a nonagenarian looks back on his life as his centenary looms over the horizon. There’s little else to compare the book to, aside from James Joyce’s Finnegans Wake, where language becomes confused with life, which becomes confused with dreams in a pool of 'sublime babble,' or Conrad Aiken’s Ushant, another memoir-cum-unapologetically-unclassifiable-work that spirals the psyche of its elderly author and mines his history in an attempt to reach somewhere, something, somehow ... a torrent of textual splendor, where groan-worthy puns sit side by side with deep philosophical ruminations ... if Little Boy is just a dream, then it’s one you can easily get lost in, and by the time you wake up, you won’t quite know what you did or where you went, but you’ll have felt as though you were able to touch another consciousness, if only for a brief moment, wandering one last time through the Coney Islands of an iconic poet’s mind.
Read Full Review >>
Rave Craig Morgan Teicher,
NPR
Little Boy starts out surprisingly as a memoir, recounting, in a sort of charming third person, Ferlinghetti's earliest years ... In this mode, Ferlinghetti has a playful way of recounting his origins, revealing his story as sad, lucky, and symptomatic of a particular early 20th century moment ... the book suddenly, and rather strangely, abandons all pretext of order, careening into an unpunctuated and rarely paragraphed free-associating diatribe ... Ferlinghetti maintains this unrelenting mental deluge, scraping the furthest edges of his memory and imagination, like a socially conscious John Ashbery on Benzedrine ... It's as if the author got a little ways in, abruptly tired of the rigors of organizing his memories into prose and gave up. It's also as if he joyfully abandoned himself to the frothing appetite of his wild Beat muse ... Ferlinghetti's wits are afire, his wisdom is wide and deep, and this little book is packed with incredible sentences, even if it's short on story.
Read Full Review >>
See All Reviews >>
SIMILAR BOOKS
Fiction

The World and All That It Holds
Aleksandar Hemon
Rave
What did you think of Little Boy?
© LitHub | Privacy