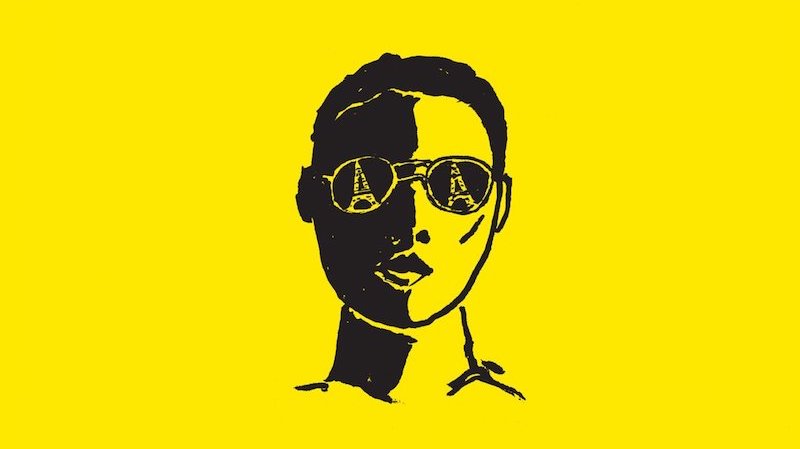 Our quintet of quality reviews this week includes Jonathan Dee on Viet Thanh Nguyen’s The Committed, Charles Finch on Kazuo Ishiguro’s Klara and the Sun, Anthony Lane on Hermione Lee’s Tom Stoppard: A Life, Jo Livingstone on Shirley Hazzard’s The Transit of Venus, and Jennifer Szalai on Daphne A. Brooks’ Liner Notes for the Revolution.

“… moving and beautiful … an unequivocal return to form, a meditation in the subtlest shades on the subject of whether our species will be able to live with everything it has created … Ishiguro’s best books are hard to summarize with any justice past the first hundred pages because, like a handful of other great writers—Louise Erdrich, Dostoevsky—he is almost incidentally one of the best pure mystery novelists around. With just a few words he creates ambiguities that make most of his books feverish reads, one-sitters … a distinctly ‘mature’ novel—as assured as ever, but slapdash in places compared to the author’s meticulous earlier work. And he’s never been strong with dialogue (his books are so profoundly interior). But these minor criticisms glance off Ishiguro’s work like bullets off the hull of a battleship. Few writers who’ve ever lived have been able to create moods of transience, loss and existential self-doubt as Ishiguro has—not art about the feelings, but the feelings themselves.”

“Is it somehow in Stoppard’s nature that Stoppardian events befall him, or is it only in his telling that they come to acquire that distinctive lustre? He emerges from Lee’s book as a magnetic figure to whom others cluster and swarm, and around whom happy accidents, chance encounters, new loves, and worldly goods are heaped like iron filings … Along the way, Lee steers us through each play, major or minor, with a sturdy account of the background, the plot, the production, the casting, the reviews, the transfers to other theatres, and the intellectual grist. Whether her readers will match her for stamina is open to debate, though you can’t predict what will catch your eye as the minutiae stream past … To his battalions of fans, as to his detractors, Stoppard is the cerebrator-in-chief, whose plays dispatch you into the outside world with a pleasantly spinning head. (‘Oh, do keep up!’ an actor suddenly said, addressing the audience, at a matinée of Travesties.) Part of Lee’s mission is to demonstrate that this constricted view of him will not suffice … Lee is hardly the first biographer to be wooed by the allure of her subject; to risk being squashed by the weight of her research; or to concede that, despite her assiduity, much will elude her grasp. The more pressing problem with Tom Stoppard: A Life is that, in editorial terms, it’s a shambles … And yet the devoted reader will find force, not merely mass and mess, in this bulging biography.” 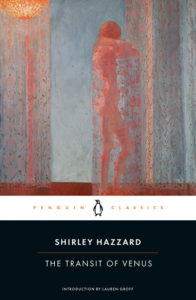 “Hazzard, who was born in Australia in 1931, wore her hair in a bouffant until her death in 2016, for example, and maintained a similar defiance against casualness or trendy novelty in her fiction, which have given her the odd reputation of a relic of a bygone literary era. And yet her sharp ear for conversation, and eye for the defining political moment in a social interaction, makes her a novelist well-suited for our times when novels about personal autonomy in the context of larger political systems are so popular. Readers are coming to see that Hazzard wrote about her own lifetime as a cosmopolitan and professional woman and simply published late. If her work initially seems dated, it may be because The Transit of Venus was published in 1980, when she personally was an unfashionable middle-aged woman who appeared to leave fussiness and drawing rooms in her wake … Hazzard has never had a big reputation as a political writer, but her anti-authoritarian, anti-imperial, and generally anti-bureaucratic politics hold a special appeal in our own apocalyptic times. As Caro’s story develops and the years pass—the novel stretches late into the twentieth century and deep into the Australian sisters’ middle age—an acid commentary on American and British hegemony in global politics develops.”

“For a critic, there’s maybe nothing so central but also confounding as the question of taste—why we like what we like, and whether it’s something we decide for ourselves, based purely on our own freedom and idiosyncracies; or if our tastes can be shaped and even scripted, influenced by earnest argument, entrenched biases or cynical manipulation … Brooks blurs and eventually explodes this binary … Brooks traces all kinds of lines, finding unexpected points of connection … Brooks is so fluent in both the jargon of the academy and the vernacular of music magazines that she slips comfortably between the two … Her book is at its most generative when it’s doing this—inviting voices to talk to one another, seeing what different perspectives can offer, opening up new ways of looking and listening by tracing lineages and calling for more space. At the same time, Brooks can sometimes get trapped in the old power struggles of the canon wars … For the most part, Liner Notes is playing its own deep layers and putting out a call for more.”

–Jennifer Szalai on Daphne A. Brooks’ Liner Notes for the Revolution: The Intellectual Life of Black Feminist Sound (The New York Times)