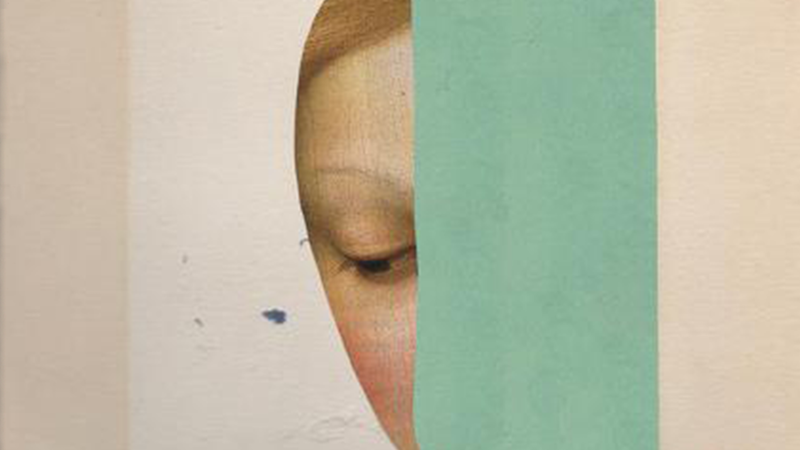 This week’s basket of brilliant reviews includes Merve Emre on Patricia Lockwood’s No One is Talking About This, Bill McKibben on Bill Gates’ How to Avoid a Climate Disaster, Thomas Meany on Barack Obama’s A Promised Land, Laura Miller on Vanessa Springora’s Consent, and Elizabeth Greenwood on Tracy Clark-Flory’s Want Me.

“Lockwood is a modern word witch, her writing splendid and sordid by turns. Her prose rambles from animal gags to dirty talk to infinitely beautiful meditations on the nature of perception that deflate and turn absurd before they can turn philosophical. She has honed her craft on the internet, mainly on Twitter … No One Is Talking About This is, in part, a rebuttal to this vision of the internet as enabling a mean and cramped sort of art. The chief virtue of the novel is how it transforms all that is ugly and cheap about online culture—the obsession with junk media; the fragmentary and jerked presentation of content; the mockery, the snark; the postures, the polemics—into an experience of sublimity … She is a restless narrator, who thinks in beautiful, witty, tidy paragraphs. She shifts between pronouns and points of view the way one might cycle between tabs late at night, half bored, half elated … There is the ‘you,’ a direct message to the reader, at times solicitous, at times accusatory … She emerges as a portal for the portal’s uncanny consciousness, churning individual thoughts into tweets, tweets into memes, memes back into the language of thought, until what belongs to me and what belongs to you can no longer be discerned amid this mute, incessant chatter … Here is the novel’s secondary virtue: its insistence that the shadow forms of living and thinking—the life led online amid the buzz of the hive mind; the life that persists after death—are, for all their vaporous mystery, no less real than the life led by you or me … For all the local beauty and humor of No One Is Talking About This, it does not feel like a good novel, exactly, because it does not feel like a novel at all.”

“This new volume could not be more timely—it emerges after a year that saw the costliest slew of weather disasters in history, and that despite a cooling La Niña current in the Pacific managed to set the mark for record global temperature … It is a disappointment, then, to report that this book turns out to be a little underwhelming. Gates—who must have easy access to the greatest experts the world can provide—is surprisingly behind the curve on the geeky parts, and he’s worse at interpreting the deeper and more critical aspects of the global warming dilemma … it’s perhaps not surprising that he’s still catching up. And yet, his miscalculations are important, because they are widely shared … One wishes Gates had talked, for instance, with Stanford’s Mark Jacobson, whose team has calculated how almost every country on earth could go to 80 percent renewable energy by 2030. If he had, he might have understood more clearly that the things that really interest him—advanced nuclear power, for instance, where he describes his considerable investments—are more about mopping up: He’s absolutely right that we should be investing in research across a wide list of technologies because we may need them down the line to help scrub the last increments of fossil fuel from the system, but the key work will be done (or not) over the next decade, and it will be done by sun and wind … it’s wonderful that Gates has decided to work hard on climate questions, but to be truly helpful he needs to resolve to be a better geek—he needs to really get down on his hands and knees and examine how that power works in all its messiness. Politics very much included.”

“If Ulysses S. Grant’s memoirs became an accidental modernist classic, it was because he evacuated his own personality so completely from his account that he figured as another instrument of war. Barack Obama’s A Promised Land is somewhere at the opposite end of the spectrum. The expectations for the book recall the expectations for his presidency. Obama is aware of this and aware that his ability to report on the progress of his self-awareness was always part of his appeal … Compared to the and-then-we-became-buddies volubility of Bill Clinton’s My Life, and the point-blank basicness of George W. Bush’s Decision Points, Obama’s A Promised Land is both a more disciplined and ambitious undertaking. It could have been titled ‘The Education of Barack Obama,’ if that didn’t suggest a few more degrees of irony than he is willing to allow. Obama tends to believe he made the best of each of the quagmires he inherited. Accompanying his exculpatory agenda, there is an edifying one: The memoir is aimed at young idealists, whom he spoon-feeds background history, from the rise of Putin in Russia to the story of Saudi oil … The smoothness of narrative benefits from the fact that Obama sees his political ascent as inextricable from his own individual narrative… Despite being more thoroughly the work of a single hand than its predecessors, the strange experience of reading this presidential memoir is that it feels more storyboarded: more crisp, more conventional, more strategic, more Netflix-series friendly.”

“Consent is both a captivating story in its own right and an account of how the pride of French culture—its worldliness and its respect for the arts, in particular—made it corrupt and craven in the presence of a predator … There are scenes in Consent that feel incorrigibly French…Yet despite such moments, Springora is not, for the most part, all about the drama. Her memoir has something steely in its heart, and it departs from the typical American memoir of childhood abuse in exhilarating ways. Where an American memoirist might emphasize the trauma she’d endured under the influence of this imperious older man, Springora is not particularly interested in her status as a victim or in finding an official psychiatric diagnosis to define them both, an authoritative superstructure to establish control over their shared narrative. She’s not content with merely reclaiming her own story, the story Matzneff stole, along with her childhood. She’s gunning for his story, too.”

“Clark-Flory is a funny, bighearted writer, and she examines herself and her subject matter from every angle. As a memoirist, she puts herself under the microscope and applies the same unflinching investigation she applies to the sexual landscape she analyzes. She retrospectively interrogates her own contradictions…She recounts graphic experiences not for prurient voyeurism but to understand her motivations at the time … As a cultural critic, she seamlessly weaves in theory and research from phenomena spanning the orgasm gap to the differences in sexual performance between genders … To call Want Me a sexual coming-of-age story is to give it short shrift; this is a book of insight, both cultural and personal. The author’s journey concludes with an ecstatic integration of past and present sexual selves, voices that don’t contradict but converse. We get the feeling that this isn’t the end, but another step along the road. As she writes, You arrive and arrive and arrive again. We watch Clark-Flory watch herself, and it is majestic to behold.”

–Elizabeth Greenwood on Tracy Clark-Flory’s Want Me: A Sex Writer’s Journey Into the Heart of Desire (The San Francisco Chronicle)