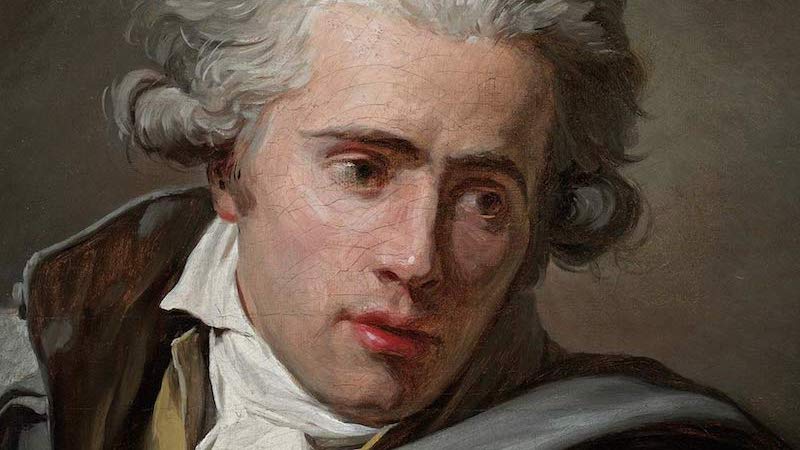 “The new Michel Houellebecq novel, Serotonin, is an exhausted and exhausting book. It makes you wonder if he has played out his string as a fiction writer … Like nearly every Houellebecq novel, Serotonin should be stamped on its spine with a tiny skull and crossbones, like you used to see on bottles of poison, to keep away the devout, the unsuspecting and the pure of heart. His fiction picks up topics like prostitution, sexism, pedophilia, pornography, racism, torture and sex tourism as if they were cans of diet soda. He turns them over to observe them coolly, neutrally and often comically from all sides. He triggers intense responses … Submission, in terms of its plot, felt like a vise slowly tightening. Serotonin is comparatively quite slack. Like bleach-burned sheets, it seems thin and worn. Someone has been in this motel room all night, strewing scurrilities … Houellebecq arrives in your life ‘waving genitals and manuscripts,’ to borrow a phrase from Howl. Don’t feed his characters. They will keep coming around. Houellebecq’s great trick is managing to smuggle so much life into his novels, even into minor ones like Serotonin, while his characters’ hearts can seem, like Damien Hirst’s shark in its formaldehyde, to marinate in brine.” 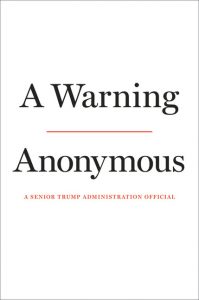 “However accurate and sobering such characterizations may be, they all belong in a folder labeled Stuff We Already Know. Unfortunately, much of A Warning reads like a longer version of the op-ed, purposely vague and avoiding big revelations in order to preserve the author’s anonymity. The writer admits as much … The writer’s decision is not necessarily cowardly, but worse, it is self-defeating. Anonymity is often granted to acquire additional information, but in this book, it excuses giving less. A Warning tells us plenty about what Anonymous thinks, not enough about what Anonymous knows … What frustrates about reading A Warning is that its author is not a journalist or a former official, but someone still working in the administration at a high level and ostensibly in position to not just chronicle conditions but to affect them. Instead, the book offers an endless encore of senior officials expressing concern to one another … It’s like ‘Profiles in Thinking About Courage’ … It is not clear why, if Anonymous has concluded that the quiet resistance is powerless, the author remains in the administration … We don’t need a secret administration insider to tell us to pass the torch of liberty; we need that person to detail whether and how the torch is being doused … parlor game? Maybe. But without a clearer sense of who Anonymous is and what this person has seen, done and is still doing, A Warning does not cut through the noise. It just creates more of it.”

–Carlos Lozada on Anonymous’ A Warning (The Washington Post) 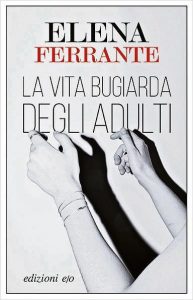 “Ferrante follows Giovanna’s life from age 12 to 16, charting her development from the sweet girl who adores her parents to a sulking, aggressive teenager who finds pleasure in self-abasement and making those around her uncomfortable. The premise is a fertile one for the author, an expert chronicler of adolescence and its many indignities, as well as its erratic, overwhelming passions. Ferrante retains an extraordinary ability to conjure the concerns and changing priorities of different ages. She carefully depicts the way strong feelings can fade and mutate, with razor-sharp insights into the hypocrisies and muddled reasons that make people act the way they do. Parents’ foibles and unappealing habits are transmitted, Larkin-like, to their children … If there is a sense of having been here before, it’s because there are themes common to Ferrante’s other work: a fascination with beauty, or the lack of it; class, and the ability to transcend poverty through study; the contrast and links between vulgarity and refinement…But, unlike the case in much of Ferrante’s previous fiction, there isn’t a character who acts as a direct foil to the protagonist. Instead, various female figures appear and disappear without ever matching the rich character development granted to Giovanna, who goes from insecurity and painful self-analysis to an acceptance of sorts. Perhaps there will be room for these characters to grow and evolve: the book’s final pages leave the possibility of a follow-up. Bildungsroman milestones achieved, the novel ends with Giovanna and one of her friends heading away from their troubles, promising each other to “become adults like no one else has before.”

“One of the frustrations of science fiction becoming the bedrock of popular culture is that we’ve primarily adopted the genre’s aesthetics … Science fiction author Ted Chiang has long been one of the genre’s holdouts: He is interested in more than landscaping and interior decoration. His stories brim with wonder and horror, spectacle and mundanity, philosophy and religion. Tapping into a range of speculative traditions, from pulp and fantasy to the rigorous scientific accuracy of hard sci-fi and the popcorn thrills of soft sci-fi, his work has a profound richness. On both a conceptual and a narrative level, the technology and scientific inquiries that animate his stories never function as props or pretexts. Chiang’s science fiction is fundamentally social, every character and object deeply intertwined in history and in future possibility. His narratives trace the consequences of these social relations, networks, and webs expanding, collapsing, and evolving … In Exhalation, Chiang gives us storytelling as a kind of terraforming: He builds worlds and makes them inhabitable, for their characters, for their readers, and for their ideas … That rejection of bleakness is undeniably there. But there is little determinism in his stories. When his characters face extinction or paradigm shifts, they don’t do what’s logical; instead, they respond in line with their beliefs and their environments. These are stories of potential rather than reaction or reflex, tales in which mysteries and conflicts are just as embedded in history, time, and place as the characters that experience them.” 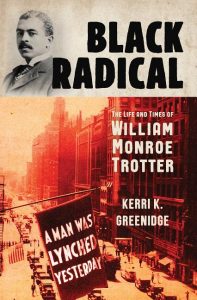 “Greenidge argues that these kinds of protests, dismissed by many people at the time as publicity-seeking stunts, are Trotter’s real legacy. They emboldened the blacks who took part in them and embarrassed the whites who opposed them, often stripping away racism’s mask of respectability. Trotter did not stop The Birth of a Nation, but his tactics were used by the civil-rights movement to integrate lunch counters, buses, schools, and other essential spaces. When legal challenges failed, and even when they succeeded, direct action brought the cause to a wider audience, recruiting more people to the movement and rousing bystanders out of their indifference … One of the most satisfying accomplishments of Black Radical is the way that Greenidge situates Trotter’s biography in the broader story of liberal New England. Boston, Greenidge reminds her readers, incubated the politics of Malcolm X and of the Reverend Martin Luther King, Jr., not to mention the writers Pauline Hopkins and Dorothy West. Before the Civil War, Boston was known as a hotbed of abolitionism; after the busing crisis, in the nineteen-seventies—when white Bostonians worked to prevent the desegregation of the city’s public schools, more than a century after they were first integrated by state law—it got tagged as the most racist big city in America … Intentional or not, it was a tragic death for so courageous a life—but the real tragedy, Greenidge argues, is not that Trotter failed ‘but that the people whose rights he so passionately aligned with his own interests could so callously forget him.’”