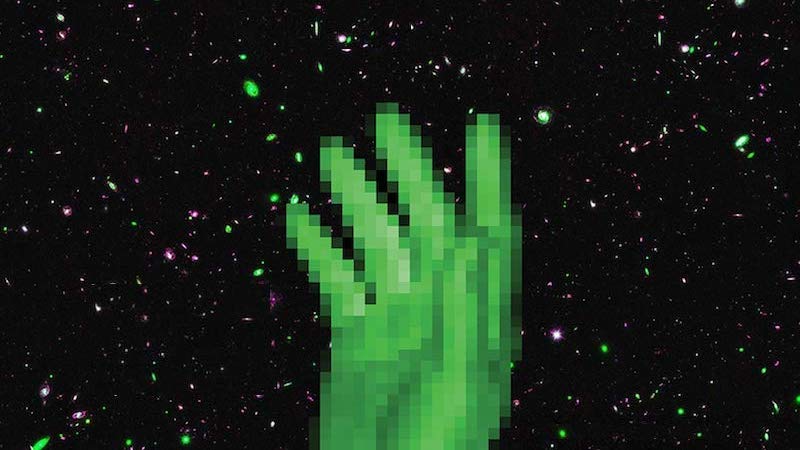 “Grab the Purell. Fifty years after Michael Crichton published The Andromeda Strain, that deadly microbe has mutated again. Prepare yourself for the extinction of mankind in The Andromeda Evolution. Yes, the end is near—but not for Crichton’s brand. If you thought his death in 2008 was enough to stop another outbreak, you know nothing about extraterrestrial germs or American publishing. Crichton isn’t just a late author; he’s a valuable commodity. Like John Hammond in Jurassic Park, Crichton’s publisher has scoured the land looking for bits of literary mitochondria that can be engineered into lucrative new books … Their leader is an interesting character: a woman who rose from the slums of Mumbai to become a world-renowned expert in nanotechnology. But alas, the rest of her crew are drawn from a fetid petri dish of stereotypes: a handsome white man with a tragic connection to the first Andromeda crisis; an Asian woman with a ‘keen intellect and piercing black eyes’ who should not be trusted; and an older black man who offers our hero sage counsel before, sadly, perishing. Naturally, there’s also a villain with special needs motivated by deep-seated rage at her crippled body … various lapses may be irritating, but ultimately they don’t derail what is a fairly ingenious adventure. As the story swings from military jargon to corny implausibility, the fate of the Earth hangs from a thread of rapidly mutating cells. Finally, our hero says the words we never tire of hearing: ‘Technically, it’s doable. It’s insane. But it’s doable.'”

–Ron Charles on Michael Crichton and Daniel B. Wilson’s The Andromeda Evolution (The Washington Post)

“The story of Offred is fiction, but it’s fiction patched together out of real crimes against humanity—a bravura act of creative scrapbooking by a writer researching and repurposing atrocities as she figured out how to harness the literature of witness for herself … The witnesses she portrays in her fiction aren’t saviors; they are (or hope to be) survivors, people constrained and compromised by circumstances, and especially worth listening to for that very reason. The Testaments highlights this fact by making a more loaded demand than its predecessor did—that readers place themselves in the seat of an oppressor, not one of the subjugated … In Aunt Lydia—whose dry humor, ironic grandiosity, and contrarian instincts, not to mention her fame, call to mind Atwood’s own—Atwood continues to blur stark villain-victim distinctions. She gives readers a witness who has claimed not just agency for herself, but an agenda … Bearing witness, her work has implied all along and now makes explicit, is a crucial step toward liberation in times of crisis, but witness-bearers shouldn’t mistake themselves for heroes—or hope to be heralded as heroes by others.”

–Sophie Gilbert on Margaret Atwood’s The Testaments (The Atlantic)

“…a master class in literature from a genius … [Davis] is an accomplished translator (most famously of Proust and Flaubert), with the requisite attention to language’s subtlest shades, but she also enjoys stilted expression and linguistic misfires, using both to great advantage in stories that seriously delineate laughably granular—and often circular—concerns. Her best work shows how humiliatingly childlike our best thinking often is … This volume gives us the backstory of her genius: the books read and translated, the paintings admired, the habits of mind diligently developed, the assorted bits of life that made their way into her art … Reading Davis, you notice your own wild mind laboring in the background … following along with Davis’s thought is taxing, and it’s no small relief in Essays One when she admits that she doesn’t understand something. True to form, she illuminates her incomprehension brilliantly … The book is diverse and discursive and extremely hard to summarize … I was also struck by her voice. She’s earned the right to be oracular, but refrains, instead adopting a humble and helpful tone: she just tells you what she thought at each step of the essay and what she did next, like a skilled engine mechanic describing an improvised solve on the side of the road … Davis refracts the singular beauty of boundless curiosity and care.”

“In his two novels, Pinckney focused on the interior lives of his black characters in settings including Berlin, Chicago and Indianapolis, where Pinckney was raised. Here, he reveals himself to be a skillful chronicler of black experience in literary criticism, reportage and biography … But what stands out in this collection are the moments when Pinckney turns his eye toward the contradictions of the black bourgeoisie, of which he is a longtime member…A hazard of growing up black and middle class is the misguided belief that money and education will provide refuge from discrimination. Pinckney shows how those presumptions are often manifestations of internalized racism, and that even he is not immune to them. In his essay on Ferguson, he describes being afraid of two young black men on the street who turned out to be peaceful protesters. ‘I had to ask myself, and not for the first time, when did I become afraid of black youth?'”

“The Chilean playwright and fiction writer Nona Fernández’s Space Invaders, translated into English by the masterful Natasha Wimmer and nominated for a National Book Award, is as addictive as its video game namesake. Fernández writes in short chapters, rarely more than three pages, and each one slides by quickly, but lingers like a dream. The effect is that of being haunted … an unsettling, compelling portrait of childhood in dire political times, and of the lasting impact of historical trauma … [the] dreaminess, combined with Fernández’s unsparing and unsentimental handling of the Pinochet dictatorship’s crimes against its citizens, gives Space Invaders a certain kinship with Roberto Bolaño’s short novels By Night in Chile and Distant Star. But for readers of Chilean literature, its most intriguing resemblance is to Alejandro Zambra’s story collection My Documents, which was published in Chile a year after Space Invaders, but translated into English four years earlier. Like Fernández, Zambra filters coming-of-age stories set in the Pinochet regime’s waning years through the development of technologyHer use of those games, particularly of Space Invaders, is excellent. She beautifully de-familiarizes the classic alien-shooting idea, emphasizing its strange, pixelated violence.”