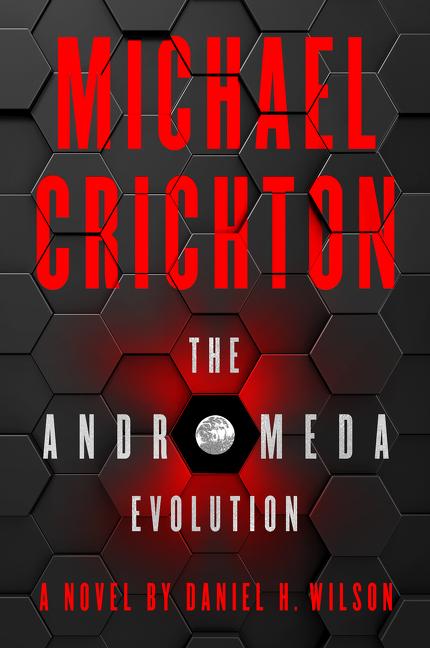 Fifty years after The Andromeda Strain made Crichton a household name—and spawned a new genre, the technothriller—the threat returns in a sequel by Daniel H. Wilson.

What The Reviewers Say
Rave Jeff Ayers,
The Associated Press
Wilson has crafted many books about problematic issues surrounding robotics and technology, so it’s a bit strange that he is writing about the world of micro-organisms and viruses. But his scientific skills and background play perfectly into the narrative. He’s able to convey complex scenarios and situations and make them understandable to the non-scientist, something the late Crichton had a gift for as well. Wilson’s stellar cast of characters makes the story more than just a series of events but a tale that carries weight ... The structure of the novel reads as if the reader has been granted access to a top-secret file that provides an overview of the incident, which follows the exact layout of Crichton’s classic novel. Wilson invokes the best of that story, and updates everything with terrific flair.
Read Full Review >>
Rave David Pitt,
Booklist
Wilson takes one of Crichton’s most durable story structures—a group of specialists ventures into the unknown—and works numerous variations, some small, some devastatingly large, on the theme. The story’s premise (the justification for the existence of this sequel) is rigorously developed, and the story deftly blends science, suspense, and character interaction in a way that will be familiar to Crichton’s fans ... As the story progresses, Wilson reveals the hidden history of the past 50 years and the truth about the international space program. Oh, and the glorious final-sentence cliff-hanger is just beautiful. In every way, this is a wonderful sequel to a classic novel, written in the spirit of Crichton but in Wilson’s own powerful voice. Terrific.
Read Full Review >>
Positive Ron Charles,
Washington Post
Yes, the end is near — but not for Crichton’s brand. If you thought his death in 2008 was enough to stop another outbreak, you know nothing about extraterrestrial germs or American publishing ... Wilson is a good choice for carrying the master’s work forward. He’s a robotics engineer, a writer of witty books about technology and the author of a ridiculous thriller called Robopocalypse. ... With little genetic decay, Wilson replicates Crichton’s tone and tics, particularly his wide-stance mansplaining. Each chapter begins with a quotation by Crichton selected, apparently, for its L. Ron Hubbard-like profundity ... And the pages — sanitized of wit — are larded with lots of Crichtonian technical explanations, weapons porn, top-secret documents and so many acronyms that I began to worry Wilson had accidentally left the caps lock on ... But who cares? These various lapses may be irritating, but ultimately they don’t derail what is a fairly ingenious adventure.
Read Full Review >>
See All Reviews >>
SIMILAR BOOKS
Fiction

The Institute
Stephen King
Positive
What did you think of The Andromeda Evolution?
© LitHub | Privacy