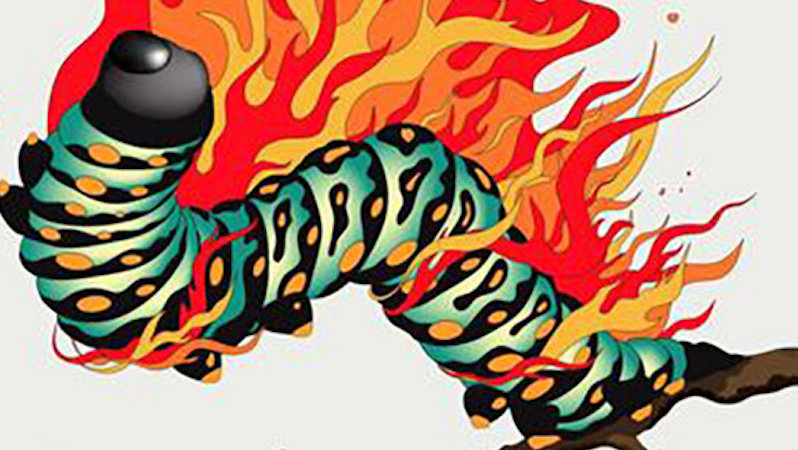 Our quintet of quality reviews this week includes Molly Young on Katherine Dunn’s Toad, Richard Brody on Quentin Tarantino’s Cinema Speculation, Jennifer Wilson on Percival Everett’s Dr. No, Sloane Crosley on Kevin Wilson’s Now is Not the Time to Panic, and Pricilla Gilman on Haruki Murakami’s Novelist as a Vocation.

“Toad is a curious specimen: a novel written in the 1970s that remained dormant until this year not because it was lost or unfinished or dreadful but because it was spurned … If Geek Love was a misfit anthem, Toad is a misfit ballad—a quieter and more modest offering. It concerns the consciousness of a single marginal eccentric rather than the maelstrom of an entire family … In both timelines, past and present, Sally spends a lot of time hating her appetite, which she considers a source of intolerable degradation. Her yearnings for food and sex mortify her; she is endlessly pained by what she perceives as a monstrous inability to restrain herself from indulging in both … One of Dunn’s running themes is the nature of disgust. As with her other novels, Toad brims with grime … Reading Toad is like rummaging through the junk drawer of a fascinating person. It is chaotic, intimate and unruly. There’s not much of a structure or a plot. Still, it’s impossible not to share Naomi Huffman’s bewilderment at the book’s burial. Dunn’s style is unlike that of anyone living or dead: simultaneously practical and bonkers; lovely and nasty. If the story of Sam and Carlotta is slightly dated—a tragedy of misdirected ’60s radicalism—it comes to us by way of a narrator whose psychological pain is horrifyingly timeless.” 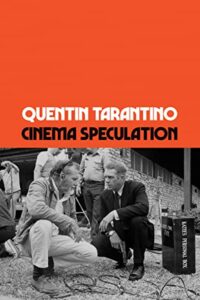 “There’s something in the middle of Quentin Tarantino’s new book, Cinema Speculation, that made me want to kiss it on both the front and back covers … Tarantino ranges widely through the movies of the nineteen-seventies that captivated him in his youth and that still inspire, fascinate, and haunt him. It’s a book of cinema-centricity and Tarantino-centricity that is nonetheless populated by a vivid array of characters—whether real-life ones, such as Brown, or ones seen in the movies—to whom Tarantino offers alluring moments in the spotlight … Cinema Speculation is the work of a filmmaker whose knowledge of movies is prodigious, and who, by dint of his professional experience, can add the insights he has gained from inside the industry, along with interview access to many of the people whose work he writes about. That’s the perspective that informs the book and that raises it above what would in any case be an engagingly garrulous memoir … The extended portraiture of Brian De Palma stands out for the idiosyncrasy of its insights … Above all, Cinema Speculation is a vision, in motion, of a Hollywood-centric mind. It’s like seeing a watchmaker take apart other craftsmen’s watches and show how they function and why they have marketplace appeal, but never looks at chronometry over all, its place in the world, the existence of other kinds of timepieces, or whether and why people even need such watches anymore … If, as Tarantino has said, he’s going to make just one more film, this book may well be the clearing of the ground before his great escape—the reckoning of his lifetime on the inside before breaking out.”

“Like Everett’s previous novel, The Trees, Dr. No is an experimental work of genre fiction nestled within a distinctly African American revenge tale. In The Trees, someone is murdering the descendants of Carolyn Bryant, the white woman who accused Emmett Till of accosting her in a grocery store in 1955. In that novel, the thirst for vengeance is sincere, if misguided. In Dr. No, our revenge seeker would seem to be both misguided and insincere. Over time, he degrades his sympathetic origin story…by treating it as little more than plot filler, trauma that needs to be there to set up the kinds of melodramatic one-liners that we expect from our movie villains … This is a novel about opposites, which is to say this is a novel about identity … No one understands the slippery nature of identity like a spy, and Everett relishes the devices of the spy thriller, wielding Bond tropes as if they were flame-throwing bagpipes or cigarettes laced with cyanide … Fleming’s Dr. No thought he could turn Bond, shift his loyalties, but instead he found someone whole, indivisible in his fealty. Everett’s villain prefers his closest accomplices be Black. Sill feeds on their trust, their hope that, to borrow Kitu’s words, ‘sameness of reference’ will count for something, or at least not nothing. This is the fantasy of Black capitalism, and in Dr. No, Everett has given us an antagonist up to the task of representing its delusions—a villain who thinks he is a hero, a savior who shows up empty-handed.”

–Jennifer Wilson on Percival Everett’s Dr. No (The Atlantic)

“A buoyant tribute to small-town life, a book about creativity and creation in a world before ‘send’ buttons … Wilson adeptly evokes what it was like to be a creative kid in the 1990s … Wilson shines when detailing the domino effect and the dissemination of images before social media … Now Is Not the Time to Panic reads like a movie. By which I don’t mean ‘cinematic,’ I mean like a movie. Strings of dialogue, more predictable than verisimilar, are linked with episodes of brief action … Here is a charming story with enough pockets of pathos to keep the novel from feeling weightless. The only issue is that it seems to want more for itself. A lot more. And it becomes increasingly vocal about asking for it … The grand themes (art, friendship, memory) sit like Vaseline on the surface of a pool, with repetition too often standing in for insight … The novel becomes dominated by the author’s valiant attempts to make a case for adult Frankie’s conundrum, for her poster-adjacent compulsions. But our heroine did not commit an act of political terrorism … If you focus on…the more sentimental aspects of Now Is Not the Time to Panic, if you take it as a spirited PG-13 tale of summer mischief, you’ll enjoy yourself. But this is not [a] high-stakes or interior evocation of storytelling, friendship and ambition.”

“The collection is eccentric, meandering, self-deprecating. This is no bombastic tome or loftily impassioned defense of fiction; it’s a generally charming excursion through the mind of one of the world’s most beloved novelists … Murakami traffics in rather weakly analyzed platitudes about writers and their personalities … The strongest essays are those that bring us into Murakami’s own idiosyncratic disposition, his unlikely career path, and his odd routines and requirements as a writer … It isn’t a book that I’d assign to my writing students or use myself as a source of tips and tricks. It works best as a fascinating backstage pass to Murakami’s process and approach to creating fiction.”