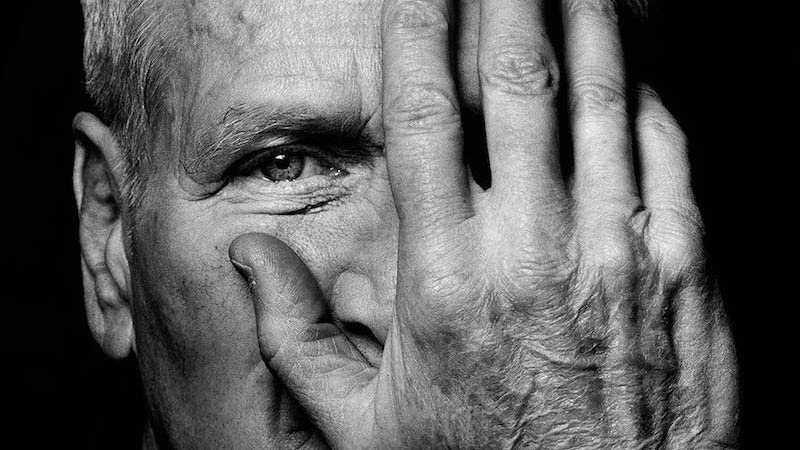 "...so self-indulgent, so grossly stereotyped, so shameless and insipid that one is almost astonished that he has dared."

Our smorgasbord of superior reviews this week includes John Jeremiah Sullivan on Cormac McCarthy’s The Passenger, Bruce Handy on Paul Newman’s The Extraordinary Life of an Ordinary Man, Ann Manov on John Boyne’s All the Broken Places, Colin Barrett on George Saunders’ Liberation Day, and Sigrid Nunez on Annie Ernaux’s Getting Lost.

“The experience of reading Cormac McCarthy’s new novel, The Passenger—alongside its twisted sister, Stella Maris, which comes out later this year—kept making me think about the word ‘portentous.’ Not finding this word identified as a Janus anywhere, I hereby nominate it for candidacy. ‘Portentous,’ according to Webster’s, can mean foreboding, ‘eliciting amazement’ and ‘being a grave or serious matter.’ But it can also mean ‘self-consciously solemn’ and ‘ponderously excessive.’ It contains its own yin-yang of success and failure. Applied to prose, it can mean that a writer has attained a genuinely prophetic, doom-laden gravitas, or that the writing goes after those very qualities and doesn’t get there, winding up pretentious. McCarthy has always been willing to balance on this fence. There is bravery involved, especially at heights of style where the difference can be between greatness and straight badness. He teeters more in these new books than in the several novels for which he is judged a great American writer … Much of The Passenger happens in a room, or a couple of rooms, where the same scene, with variations, runs on a loop. I suspect that many readers will resist or resent spending as much time there as we do. I came to find the goings-on sometimes captivating, but almost feel that I am covering for my abuser in confessing that … The Passenger is far from McCarthy’s finest work, but that’s because he has had the nerve to push himself into new places, at the age of all-but-90. He has tried something in these novels that he’d never done before: I don’t mean writing a woman (although there’s that), but writing normal people. Granted, these normal people are achingly good-looking and some of the smartest people in the world and they speak in lines, but they are not mythic. Or they are mythic but not entirely so.”

“An odd duck of a book—welcome, but odd … Is The Extraordinary Life of an Ordinary Man merely a supplement to The Last Movie Stars? For readers who have watched the series, the book can’t help but suffer in comparison for not being able to include glorious clip after glorious clip of Newman in action across his lengthy filmography … The memoir is necessarily incomplete, even speculative—a found object of sorts that has been carefully shaded and massaged into a facsimile of what Newman might have intended if he hadn’t turned his back on the whole thing. However grateful one is to have it—and it’s not pretending to be a smoothly polished work—it’s a bit of a Frankenstein’s monster … Don’t let that scare you: there is much to cherish here. The book is in Newman’s voice, with occasional interjections from the interviews with Woodward and others. It’s a familiar voice: genial but shrewd, self-deprecating but resolute … Emotionally cohesive and moving … Some passages, such as Newman’s account of his mother’s smothering but narcissistic love, have the quality of revelation turned rote … Don’t let that scare you, either. Some tidbits of decent gossip have managed to lodge between these covers.” 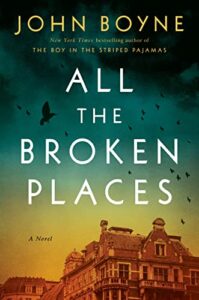 “With his latest treacly tome All the Broken Places—complete with title so maudlin it preempts all mockery—Boyne has gifted us with a Holocaust novel so self-indulgent, so grossly stereotyped, so shameless and insipid that one is almost astonished that he has dared … This is not literature. As a grown-up sequel to children’s trash, All the Broken Places serves two roles. First, to demonstrate that Boyne definitely did not think that the Germans were innocent, definitely knew they were ‘complicit’ and ‘guilty’ and that history is ‘complicated,’ etc, thanks very much. Second, to serve as a sort of fan fiction for those peculiar adults who long for the comfort of a childhood favorite. As to this first goal, at least, it is a consummate failure, a wildly simplified narrative that misrepresents the extent of Nazi ideology. As in The Boy in the Striped Pajamas, Boyne underestimates the family’s awareness of the Holocaust, lending his German characters an exaggerated naivety, or implausible deniability … Boyne flaunts a teenager’s understanding of the causes and consequences of the Second World War … As with so much Holocaust fiction All the Broken Places utterly fails in its stated purpose: making the next generation slightly less likely to participate in the next genocide…Boyne’s reduction of Nazi ideology to a fringe belief, expressed in infrequent outbursts—’those filthy Jews’—is all the more absurd now that he’s writing for grown-ups … We don’t need anyone to teach us how to recognize the barefaced devil; the danger is the insidious and gradual creep of violence into the civilised and everyday. This is what the philosopher Theodor Adorno’s dictum—’To write poetry after Auschwitz is barbaric’—warned of: art unable to recognise the break the Holocaust represented with the past, afraid to apprehend the failure of the civilising project. With this childish drivel in which the villains and victims come labelled and sorted, Boyne yet again seems immune to its lessons.”

“… it seems that nearly a decade later, Saunders is no longer so sure about the possibility of transformative heroism or resistance, or what that might even mean. The prevailing mood throughout is much more muted and uncertain, with a concomitant diminution in linguistic vivacity. The language the characters speak and think in is flatter, deader, at once more anodyne and anguished … Saunders has tasked himself with treading a fine line in these stories: How to depict the incapacitating malaise of despair without succumbing to it? He does not always completely succeed … Here, as in one or two other stories, it feels as if the setup and the characters interest Saunders less than the opportunity to wallow in moral conundrums and impasses of conscience … a spiky, at times difficult collection, seldom providing the reader with much in the way of catharsis. But these are stories worth reading, the best of them as thought-provoking and resonant as a fan of Saunders might expect. Eschewing the speculatively richer, more dramatic question of what happens after the system comes crashing down, Saunders focuses instead on the queasy, knotty consequences of our present dilemma: What if it doesn’t?”

“The journal is relentless in its presentation of her pain and abasement, but no less so in its effort to dissect what just happened. Here is the same deep probing for truth, the same fanatical quest for self-awareness to be found in all Ernaux’s work. Though she sleeps poorly and often wakes exhausted, she struggles to remember and write down her dreams—many of them nightmares—and to interpret them. She resists any attempt to do what most people (and a million pop songs) would advise her to do, put the heartbreak behind and move on, but rather fixates on it. She must: she believes that only through understanding what happened will she be able to endure it, and that only by putting it down on paper can she hope to understand. For her, this is precisely what writing—self-narrative, specifically—is for … Like most diaries—and quite unlike Ernaux’s usual meticulously concise prose—Getting Lost contains its share of banalities, messy thoughts, inconsistencies, and unpolished sentences. It is often repetitious, and accounts of Ernaux’s dreams are no more exciting to hear about than anyone else’s ever are. But, to echo James Wood’s observation about reading Karl Ove Knausgaard—another writer consumed with his own intimate history—even when I was bored I was interested … as a matador-writer Ernaux has always faced the bull’s horns. She is a master of close and graceful capework, and, as in any bullfight, it is the show of courage before danger and possible disaster that enthralls the spectator.”