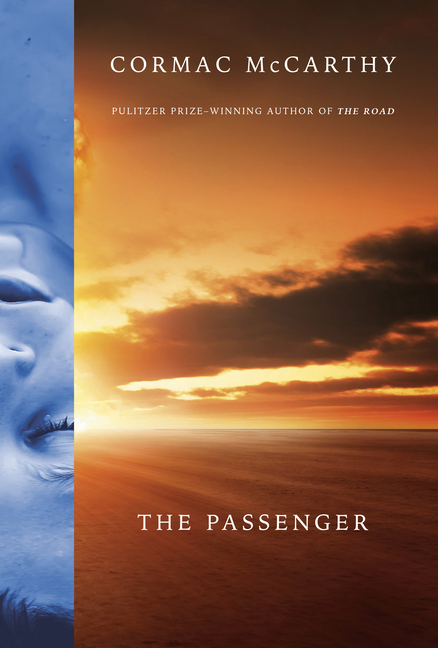 Cormac McCarthy returns with the first of a two-volume saga: The Passenger is the story of a salvage diver, haunted by loss, afraid of the watery deep, pursued for a conspiracy beyond his understanding, and longing for a death he cannot reconcile with God.

What The Reviewers Say
Rave Nicolas Mancusi,
Time
Staggering ... Narratively speaking, the book is more interested in expanding the scope of its own mystery than in solving it ... Don’t come here for a thriller about a plane crash, but the pages do turn with remarkable ease. From the initial mystery of a missing person, the novel explodes outward like an atomic chain reaction to the very face of God, at the intersection of mathematics and faith ... Is this sounding like a lot? It is. The Passenger also happens to be something of a masterpiece, an unsolvable equation left up on the blackboard for the bold to puzzle over ... It is his most ambitious work, or perhaps a better word would be weirdest. But it’s held together with wit and chuckle-out-loud humor, which can be sparse in his other novels ... And it’s genuinely fun to read throughout ... It makes sense that at this stage in his career, the author would push in his chips and attempt to understand the mechanical clockwork of reality itself.
Read Full Review >>
Positive John Jeremiah Sullivan,
The New York Times Book Review
The experience of reading Cormac McCarthy’s new novel, The Passenger...kept making me think about the word 'portentous' ... 'Portentous,' according to Webster’s, can mean foreboding, 'eliciting amazement' and 'being a grave or serious matter.' But it can also mean 'self-consciously solemn' and “ponderously excessive.” It contains its own yin-yang of success and failure. Applied to prose, it can mean that a writer has attained a genuinely prophetic, doom-laden gravitas, or that the writing goes after those very qualities and doesn’t get there, winding up pretentious. McCarthy has always been willing to balance on this fence ... Still, it was a thrill to hear new McCarthy sentences ... The teetering wouldn’t be interesting if he weren’t capable of those spellbinding descriptive passages, a trademark ... Much of The Passenger happens in a room, or a couple of rooms, where the same scene, with variations, runs on a loop. I suspect that many readers will resist or resent spending as much time there as we do. I came to find the goings-on sometimes captivating, but almost feel that I am covering for my abuser in confessing that ... I’m not sure why Alicia’s therapy transcripts have been made a separate volume, in Stella Maris. That is, I’m not sure why McCarthy felt that The Passenger could absorb her hallucinations but not her treatment. Seems arbitrary, as formal choices go ... The Passenger is far from McCarthy’s finest work, but that’s because he has had the nerve to push himself into new places, at the age of all-but-90. He has tried something in these novels that he’d never done before.
Read Full Review >>
Rave Andrew Ervin,
The Brooklyn Rail
... magnificent ... McCarthy has taken the oldest story in the world—humankind’s search for meaning in a world seemingly devoid of God—and makes it feel fresh and personal to each and every one of us. There exist unseen powers that exert influence on every aspect of our lives. Here, those forces are embodied not by a solitary amoral villain as much as in some anonymous authority that’s terrifying in its systemic mundanity ... McCarthy controls tides that ebb from long passages of pure dialogue to some of the most lyrical and beautiful prose I’ve enjoyed in years. The effect is stunning. I found myself reading long sections aloud to better hear the assonances...These are pages to linger over ... Cormac McCarthy transports us to a world quite a bit like our own, where his characters, like each of us, feel the immense weight of absence—be it love or God or something even more ephemeral. The Passenger in particular is a masterpiece; it reminds us that McCarthy is both one of the most extraordinary prose stylists working in the English language and also our greatest teller of stories about not knowing.
Read Full Review >>
See All Reviews >>
SIMILAR BOOKS
Fiction 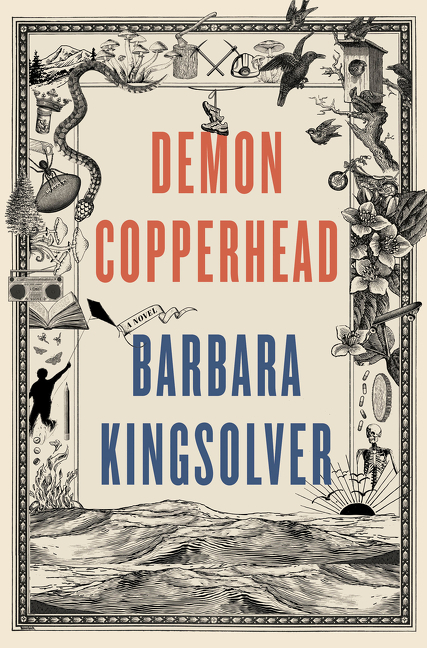 Dinosaurs
Lydia Millet
Positive
What did you think of The Passenger?
© LitHub | Privacy