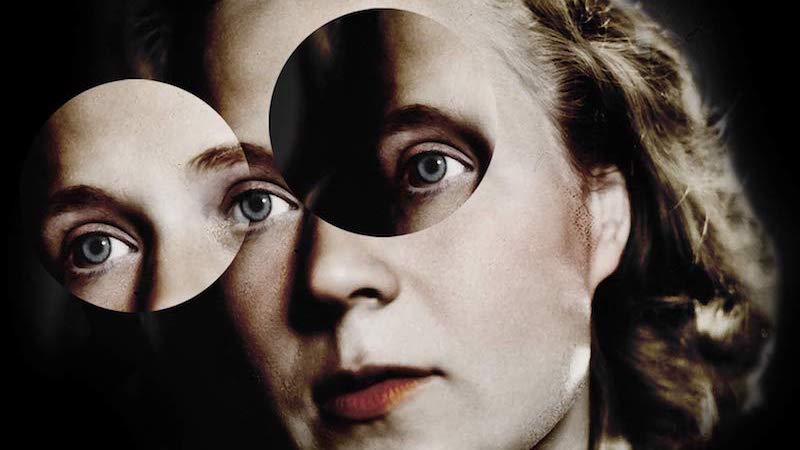 “How does great literature—the Grade A, top-shelf stuff—announce itself to the reader? Nabokov spoke of the shiver between the shoulder blades. Emily Dickinson required more persuasion. ‘If I feel physically as if the top of my head were taken off,’ she wrote in a letter, ‘I know that is poetry.’ I’m sorry to say that I occasionally experience it as the dishonorable and squirrelly impulse to hoard the book in question, to keep it my secret. This can prove difficult, as you might imagine, given my line. All of which is to say, I bring news of Tove Ditlevsen’s suite of memoirs with the kind of thrill and reluctance that tells me this must be a masterpiece … they are a portrait of an artist and a portrait of an addict—and the product of a terrifying talent … They exert a particular fascination, these books. It’s like watching something burn. The language is plain, unadorned, almost masklike—a provocative composure that settles even more tightly over the narration as we enter Dependency, in which Ditlevsen describes her years of addiction … Ditlevsen confesses and confesses, but it is what she does not say, what she shows us and does not acknowledge—the murk in the book—that gives the memoirs that rippling quality of something alive, something still unfurling.”

“… to identify the book’s themes as domestic or interpersonal would be to miss what makes Moss’s work so distinctive: the lovely countermelodies of earth, animal, and sky that contextualize human dramas, the way her work has that special ‘seriousness accorded to the ground under our feet only by toddlers and botanists,’ as one character thinks while watching her young daughter study rocks … This correspondence is most apparent in the pattering, sensual way she writes about water, as something in us and outside of us, flowing through us, and making us up, a reminder that we are not as separate from the natural world as we sometimes think … These little correspondences between human and animal are often funny … Moss builds elliptical, mounting dread throughout the novel to prepare us for the catastrophe that comes at the end. But in the way she swoops and zooms through time and space, Moss also teaches us to ask, as she puts it in one of her interludes: In the midst of uncertainty and frailty, should the history of the ground under our feet ‘comfort us, in geological time?'”

“Luster sails into 2021 on clouds of praise, vapor trails of hype streaming behind it. ‘The most delicious novel I’ve read,’ says Candice Carty-Williams; ‘brutal—and brilliant’ opines Zadie Smith. Perhaps she would say that, being Raven Leilani’s mentor and former tutor at NYU. But she’s also right: Luster is both brutal and brilliant … Edie is the sort of flawed female character we’re seeing much more of in fiction and on screen. There’s familiarity in her messiness: her attempts to fill the void with sexual attention, her devaluing and debasing herself and her body. But Leilani writes with such biting distinctiveness that, while Luster may feel extremely zeitgeisty, it never seems like it’s chasing or overly beholden to it. This is an elevated example of the ‘millennial novel,’ swerving cliche … But Luster can be soft as well as sharp; there’s a luscious, elegant sway to Leilani’s long, building sentences … Leilani has painted a remarkable portrait of the artist as a young woman in these pages.”

“The novel’s themes—poverty (and all that comes with it: dire working conditions, educational deprivation), repressed sexuality, political corruption, and the opium of religion—all point to its main subject, which is violence. But to list these as elements of a Mexican story is to assert a platitude, and Melchor’s novel is not a catalog of the country’s troubles. Hurricane Season is, first and foremost, a horror story—its horror coming from rather than contrasting with the lyricism of Melchor’s prose … In the long section of 2666 called ‘The Part About the Crimes,’ Bolaño warns us in the voice of a female journalist: ‘No one pays attention to these killings, but the secret of the world is hidden in them.’ The point of Bolaño’s detailed homicide reports is to make us aware of some universality that transcends them. There is a hidden truth in the Witch’s murder as well—we can sense it. What is this secret? … What may have first struck the reader as inconsistencies in Hurricane Season—is this a book about misogyny? Transphobia? Repressed sexuality?—are in fact manifestations of the same thing: patriarchal violence. Women, trans people, and gay men are all its victims. The secret forces behind the horrors in Melchor’s novel are not sicknesses of the mind or evil spirits, but the system of beliefs and concrete practices that maintain the patriarchal order.”

“The critic Kenneth Tynan divided playwrights into two categories, ‘smooth’ and ‘hairy,’ and one could probably make a similar distinction among biographers. Smooth biographers offer clean narrative lines, well-underscored themes, and carrots, in the form of cliffhangers, to lure the reader onward. Their books are on best-seller lists. They’re good gifts for Dad. William Feaver…exists on the opposite extreme. There’s little smoothness in him at all. His biography is hairier than a bonobo. Feaver…doesn’t provide a fixed portrait of Freud, the great realist painter, so much as he leads us into a studio filled with crusty brushes, scrapers, half-completed canvases, easels, dirty floorboards, mahlsticks and distilled turpentine, and lets us poke through the detritus as if to assemble a likeness for ourselves … Lucian and his furious id would have made an interesting case study for his grandfather. The artist was amoral: violent, selfish, vindictive, lecherous. He lived like a puddle-stomping toddler. If he was not the devil, he was certainly the devil’s advocate … Everybody has an opinion about Freud’s art, and no one is wrong, exactly. I tend to align myself, as Feaver seems to, with Robert Hughes, who asserted in 1987 that Freud was ‘the greatest living realist painter.’ He made the ordinary gravid, and sublime.”