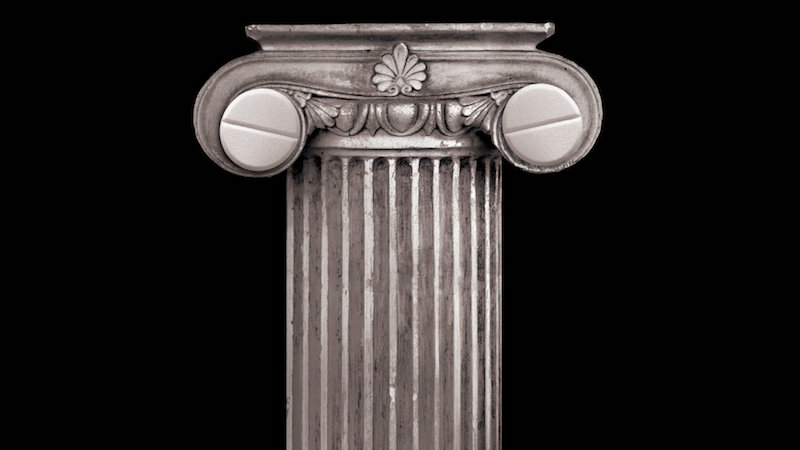 5 Reviews You Need This Week

“Most of Ishiguro’s novels are slender books that are more complicated than they at first seem; Klara and the Sun is by contrast more simple than it seems, less novel than parable. Though much is familiar here—the restrained language, the under-stated first-person narration—the new book is much more overt than its predecessors about its concerns … Klara inspires the humans in the book to muse about whether science can transcend death. Her owner grapples with the ramifications of choosing to have her own children genetically modified in order to enhance their potential. That this novel serves up these bigger questions so explicitly feels at first like a miscalculation, or a flaw in the narrative design, which locks us in Klara’s perspective. But I don’t think Klara aims to wrestle with these questions at all. Klara is a machine, but she’s also a contrivance, the perfect metaphor for parenthood … Klara’s cool remove from human emotion isn’t a shortcoming but a function of her being a machine. We pity Stevens but can never quite muster the same for Klara. Her lack of interiority will prevent some readers from engaging with the book; those who want a novel that makes them feel will be stymied by emotion’s absence. Accustomed to negotiating with Ishiguro’s narrators, I kept trying to see past Klara and into the world of the book. But the narrative gives Klara no reason to provide the exposition we want: what year it is, what nation we are in (there are clues that it’s the United States, new territory for an Ishiguro novel), the specifics that clarify this invented world to be a version of our own—the very promise of science fiction.”

“Since 1996, 450,000 Americans have died from opioid overdoses, making them the leading cause of accidental death in the country. In Empire of Pain, Patrick Radden Keefe tells the story of how the Sackler family became a decisive force in a national tragedy … Keefe nimbly guides us through the thicket of family intrigues and betrayals … Even when detailing the most sordid episodes, Keefe’s narrative voice is calm and admirably restrained, allowing his prodigious reporting to speak for itself. His portrait of the family is all the more damning for its stark lucidity. Amid all the venality and hypocrisy, one of the terrible ironies that emerges from Empire of Pain is how the Sacklers would privately rage about the poor impulse control of ‘abusers’ while remaining blind to their own.”

–Jennifer Szalai on Patrick Radden Keefe’s Empire of Pain: The Secret History of the Sackler Dynasty (The New York Times) 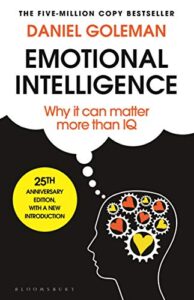 “Armed with the cocktail chatter of more glamorous disciplines—neurobiology’s excitable circuits, psychoanalysis’s theories of attunement—and with stirring quotes from great literature, [Goldman] transformed emotional intelligence from a specialist term into a marquee billing, capable of drawing as many readers as there are personal problems in the world … Gradually, one sees why the concept of emotional intelligence won such wide acceptance. It is not a quality or even an attribute but a regimen of restraint. It is a collection of practices—assessment, feedback, coaching, meditation—for monitoring yourself and others, in a way that marries the promise of total self-actualization to the perils of absolute social deprivation. For all its righteous proclamations about what ails the modern world, its goals are straightforwardly conservative: to encourage people to stay in school, to secure stable employment, to bind themselves to their work, to have families and keep them intact, and to raise their children to repeat this same cycle of productive activity. Emotional intelligence, in other words, is a self-help doctrine deeply indebted to the moralizing ideology of neoliberalism … Perhaps the best response is to reimagine the concept in a form that shows what lies beneath it. Envision Emotional Intelligence and the books descended from it as morality plays for a secular era, performed before audiences of mainly white professionals.”

“Only great artists can craft novels from water. Family, grief, Blackness, Frank Ocean, hip-hop, dancing, growing up, breaking up, London, oppression, beef patties, basketball, diasporic trauma—for Caleb Azumah Nelson, it’s all water. The happy glide when it’s easy; the exhaustion of fighting against the current when it’s not. The threat of drowning always looming in the waves … And in this unforgettable debut, Open Water, all streams are interconnected … Azumah Nelson’s poetic brilliance, his ability to balance the general and the specific, the ambient and the granular, makes for a salient achievement … Azumah Nelson is also a photographer, which is almost expected. Chapters read like images, or movie stills, packed with meaning and shade, lighting and angles directing our attention to the subtle and important places … Whether he’s describing a tense police encounter or lovers intertwined, when he’s great, which is often, his descriptive powers are truly special.”

“Damon Galgut’s remarkable new novel, The Promise, suggests that the demands of history and the answering cry of the novel can still powerfully converge. As a white South African writer, Galgut inherits a subject that must feel, at different times, liberating in its dimensions and imprisoning in its inescapability … The Promise is drenched in South African history, a tide that can be seen, in the end, to poison all ‘promise’ … Galgut’s novel most closely resembles the work of predecessors like Woolf and Faulkner in the way it redeploys a number of modernist techniques, chiefly the use of a free-floating narrator. Galgut is at once very close to his troubled characters and somewhat ironically distant, as if the novel were written in two time signatures, fast and slower. And, miraculously, this narrative distance does not alienate our intimacy but emerges as a different form of knowing … His new novel exercises new freedoms. One is struck, amid the sombre events, by the joyous, puckish restlessness of the storytelling, which seems to stick to a character’s point of view only to veer away, mid-sentence … Galgut uses his narrator playfully, assisted by nicely wayward run-on sentences … Galgut outsources his storytelling, handing off a phrase or an insight to an indistinct community of what seem to be wise elders, who then produce an ironically platitudinous or proverbial commentary … Galgut’s narrator skims across his spaces, alighting, stinging, moving on to the next subject. As the novel proceeds, his narrator seems to grow in adventurous authority.”

–James Wood on Damon Galgut’s The Promise (The New Yorker)