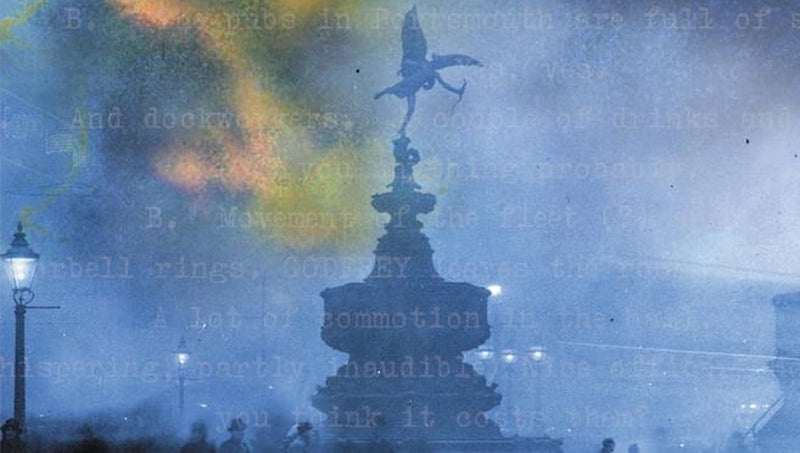 Boy, have we got some intriguing pairings of critic and subject for you this week. Let’s begin with National Book Award-winning titan of disturbing America fiction (and noted Twitter provocateur) Joyce Carol Oates, who, in her New York Review of Books essay on My Year of Rest and Relaxation, calls Ottessa Moshfegh’s sophomore novel “a perverse fusion of Sex and the City and Requiem for a Dream.” Over at the New York Times, Pulitzer Prize-winner and author of the New York-in-wartime novel Manhattan Bach Jennifer Egan had mixed feelings about Kate Atkinson’s Transcription, admiring how Atkinson conjures WWII-era London but disappointed by the novel’s “cipherlike” protagonist. Goshawks met ravens in the Atlantic‘s books section this week as naturalist and H is for Hawk author Helen Macdonald wrote about Christopher Skaife’s “marvelous” memoir The Ravenmaster: My Life With the Ravens at the Tower of London. We also take a closer look at writer and activist Rebecca Solnit’s New Republic piece on the recent literature of female rage, and Moira Weigel’s Guardian takedown of Greg Lukianoff and Jonathan Haidt’s The Coddling of the American Mind.

“Ottessa Moshfegh’s second novel reads like an uncensored, unapologetic, despairingly funny confession … In flat, deadpan, unembellished prose recalling the cadences of Joan Didion and the clear-eyed candor of Mary Gaitskill, Moshfegh portrays the vacuous interior life (she has virtually no exterior life) of a narcissistic personality simultaneously self-loathing and self-displaying … Her drug-taking is a means of escaping from ‘the tragedy of my past’; she cannot express mourning, it seems, perhaps because she had not loved her parents, and so she is trapped in melancholia—a paralysis of the spirit. Yet My Year of Rest and Relaxation is most convincing as an urbane dark comedy, sharp-eyed satire leavened by passages of morbid sobriety, as in a perverse fusion of Sex and the City and Requiem for a Dream … More engaging than Eileen, more varied in tone, and much funnier, My Year of Rest and Relaxation is a recycling of the materials of Eileen that tracks a disagreeable, self-absorbed young woman in her twenties through a cathartic experience that leaves her ostensibly altered and prepared for a new, freer life.”

“I can make a passable imitation of a raven’s low, guttural croak, and whenever I see a wild one flying overhead I have an irresistible urge to call up to it in the hope that it will answer back. Sometimes I do, and sometimes it does; it’s a moment of cross-species communication that never fails to thrill. Ravens are strangely magical birds. Partly that magic is made by us. They have been seen variously as gods, tricksters, protectors, messengers, and harbingers of death for thousands of years. But much of that magic emanates from the living birds themselves. Massive black corvids with ice-pick beaks, dark eyes, and shaggy-feathered necks, they have a distinctive presence and possess a fierce intelligence … There’s joy in The Ravenmaster, as well as tragedy, obsession, and a rare tenderness toward Skaife’s avian charges … Skaife is doing us, I think, a small political service by introducing us to the quirks and histories of every bird in his care; he is letting us love them in a way that makes them more than mere symbols. Ravens have long been regarded as messengers, and the message the birds in this marvelous book have given me is this: Perhaps, by paying much closer and more careful attention to the reality of the things we unconsciously use to claim the past, we might move a little further toward safety in a world that seems to be teetering on the brink.”

–Helen Macdonald on Christopher Skaife’s The Ravenmaster (The Atlantic)

“Fans of Life After Life, Atkinson’s 2013 masterpiece, will recognize the artful pathos with which she renders the war’s cratering effect on Londoners. But what interests Atkinson here is less the war’s aftermath than its simmering persistence … watching through Juliet’s irreverent eyes as MI5 recruits upper-class ‘girls’ for possible spy work is fascinating and deliciously comic … Atkinson’s use of comedy in the first half of the novel is unexpected and inspired; even the Dada-esque chunks of Juliet’s transcription are animated by our awareness of her exasperated confusion as she types them … The deeper problem in the last half of Transcription lies with Juliet. Beguiling as an excitable ingénue, she becomes cipherlike as the book progresses. Her actions seem unintelligible at times, her plucky asides almost perversely frivolous in the face of serious events … Atkinson is keeping a secret about Juliet, and its revelation comes as a major surprise toward the end of the novel. Juliet’s opacity may be part of Atkinson’s strategy. Spies, after all, are notoriously hard to read—it’s part of the job description. ‘The mark of a good agent is when you have no idea which side they’re on,’ Juliet is advised by her boss. But a good agent can prove a frustrating protagonist; a spy may require a second spy to make her spill her secrets.”

“These books arrive at a moment when a lot of women have changed and too many men have not—and some are, in fact, retreating into revved-up misogyny and rage against the erosion of their supremacy. Women no longer obliged to please men may finally be able to express rage, because we’re less economically dependent on men than ever before, and because feminism has been redefining what’s appropriate and acceptable … Much of what Traister and Chemaly address in their books is a double bind: We live in a world in which there is a good deal for women to object to, including the fact that a lot of men wish to harm and humiliate and subjugate us, but responding to that comes with its own penalties. When a woman shows anger, Chemaly observes, ‘she automatically violates gender norms. She is met with aversion, perceived as more hostile, irritable, less competent, and unlikable.’ But even if, for example, she says quite calmly that gender violence is epidemic, she can still be attacked and characterized as angry, and that anger can be used as a way to discount the evidence, in a society that often still expects that women be pleasing and compliant … Most great activists—from Ida B. Wells to Dolores Huerta to Harvey Milk to Bill McKibben—are motivated by love, first of all. If they are angry, they are angry at what harms the people and phenomena they love, but their urges are primarily protective, not vengeful. Love is essential; anger is perhaps optional.”

–Rebecca Solnit on Soraya Chemaly’s Rage Becomes Her, Brittney Cooper’s All the Rage, and Rebecca Traistor’s Good and Mad (The New Republic) 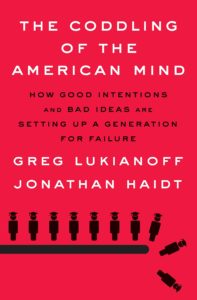 “The Coddling of the American Mind is less interesting for its anecdotes or arguments, which are familiar, than as an epitome of a contemporary liberal style. That style wants above all to be reasonable. Lukianoff and Haidt include adverb after adverb to telegraph how well they have thought things through … The style that does befit an expert, apparently, is the style of TED talks, thinktanks and fellow Atlantic writers and psychologists. The citations in this book draw a circle around a closed world. In offering a definition of ‘identity politics,’ a term coined by the black socialist lesbians of the Combahee River Collective (and the subject of a recent book edited by Yamahtta-Taylor), Lukianoff and Haidt quote ‘Jonathan Rauch, a scholar at the Brookings Institution.’ They tell their readers to read Pinker, whose fulsome blurb appears on their book jacket … Lukianoff and Haidt go out of their way to reassure us: ‘Neither of us has ever voted for a Republican for Congress or the presidency.’ Like Mark Lilla, Pinker and Francis Fukuyama, who have all condemned identity politics in recent books, they are careful to distinguish themselves from the unwashed masses—those who also hate identity politics and supposedly brought us Donald Trump. In fact, the data shows that it was precisely the better-off people in poor places, perhaps not so unlike these famous professors in the struggling academy, who elected Trump; but never mind. I believe that these pundits, like the white suburban Dad in the horror film Get Out, would have voted for Barack Obama a third time … The core irony of The Coddling of the American Mind is that, by opposing identity politics, its authors try to consolidate an identity that does not have to see itself as such. Enjoying the luxury of living free from discrimination and domination, they therefore insist that the crises moving young people to action are all in their heads. Imagine thinking that racism and sexism were just bad ideas that a good debate could conquer!”