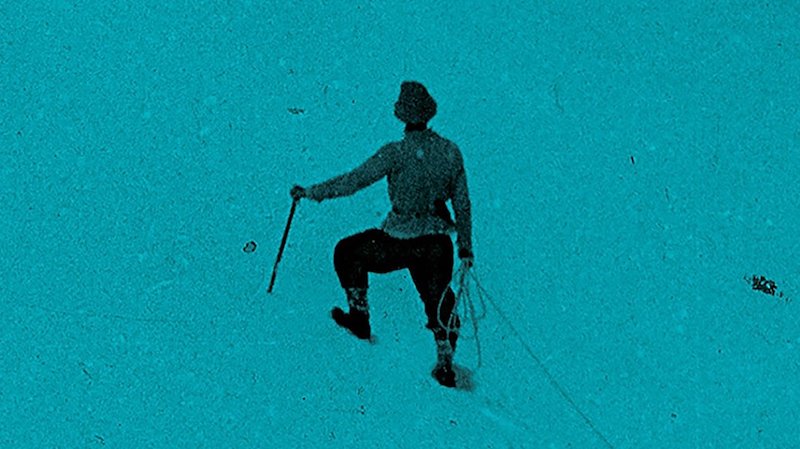 Mario Vargas Llosa on the nature of fiction, Neel Mukherjee on the end of the British Empire, This Miseducation of Lauryn Hill at 20, and more

Though often dismissed as a dead month in the world of book publishing, August 2018—and this past week in particular—has served up a veritable bounty of quality literary criticism. In her New York Times review of three recently-translated Scandinavian novels which explore chilling emotional territory, Gold, Fame, Citrus author Claire Vaye Watkins writes that Dorthe Nors’ Mirror, Shoulder, Signal, “sounds the depths of women’s unseen strength in a register that reconciles enlightened feminism with working-class rage.” Over at the Wall Street Journal, Peruvian Nobel Prize-winner Maria Vargas Llosa considers, in his analysis of Javier Cercas’ The Impostor (the true story of one of the world’s most infamous frauds), our need for fictions “to satisfy vicariously the hunger for unreality that dwells within us.” For the New Yorker, acclaimed essayist and Sooner State native Brian Phillips wrote about Sam Anderson’s Boom Town, “[a] dizzyingly pleasurable new history of Oklahoma City.” We’ve also got Neel Mukherjee on Deborah Baker’s The Last Englishmen—a sweeping account of the eccentric loners who made names for themselves during the dying days of the British Empire—and Alvin Buyinza on Joan Morgan’s a love letter to Lauryn Hill, She Begat This.

“As with the best books, plot summary fails to bottle the lightning of Mirror, Shoulder, Signal … The mind is Nors’s landscape, and yearning her true subject. Sonja’s is an objectless yearning, deeper than nostalgia. Page after addictive page, Nors pushes Sonja beyond her class betrayal and survivor’s guilt, beyond anger at her mother for encouraging her independence, into and, miraculously, out of a profound dislocation of the soul embodied by her vertigo, which bursts forth in a gorgeous, breathless finale.

Nora lingers on Sonya’s small acts of heroism: complimenting an ugly baby while its mother shops for plus-sized clothes, composing an honest letter to her housewife sister, offering a tourist directions. Nors gives the invisible woman the dignity of her artful gaze; as Sonja thinks on the masseuse’s table, ‘It’s wonderful being delved into.’ This triumphant novel sounds the depths of women’s unseen strength in a register that reconciles enlightened feminism with working-class rage.” 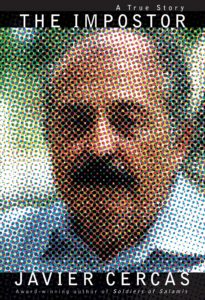 “Mr. Cercas’s book is several books at once, but, above all, it is a rigorous and obsessive quest to untangle what is true and what is false in the private and public life of Enric Marco. He finds out many things: that Marco’s fabrications began in his youth, when he claimed for himself a past as a republican militant and an anarchist resistance fighter in the first years of Franco’s dictatorship, and that these fabrications shaped his entire existence. But also that these persistent lies are almost always laced with truths, lived experiences which he embellished, exaggerated, nuanced or played down to make the fictional ingredients he was constantly adding to his evasive biography all the more convincing. Mr. Cercas does not find everything out because the way in which fiction and reality meld in the life of Enric Marco is ultimately inextricable … All of us, all human beings, dream of being someone else, of escaping the narrow confines within which we live our lives. That’s why fictions exist: to satisfy vicariously the hunger for unreality that dwells within us and makes us dream of better or worse lives than the ones we are obliged to live. Through his daring, his talent for taking on different guises and his lack of scruples, Enric Marco managed, as in Rimbaud’s poem, to be both himself and someone else (‘Je est un autre’). As well as an incisive piece of journalistic investigation, Mr. Cercas’s book is a subtle essay on the nature of fiction and the ways in which it can invade our lives and transform them.”

“In She Begat This, Morgan writes about Hill not as a subject to be studied but as a person to be humanized. Each chapter serves to connect her relevance to the greater black female experience, from her cover on Honey magazine, which became a symbol for black female representation, to her infamous downfall as the ’90s queen of rap. Morgan presents Hill as a black woman first and artist second. In doing so, she creates an authentic discussion on the racial politics of black womanhood. Among other things, the book gives spaces to black mothers … Morgan reminds us that black women cannot be saviors for the rest of world again and again and again. She remind us that ‘We turn mortals into gods—queens, if they’re only women—and then summarily pick them apart at the first hint of disappointment.’ Morgan’s book isn’t so much of a biography but rather a love letter to Hill, from one black girl to another. She draws personal experiences from multiple academics who are close to the works of Hill, making She Begat This a syllabus for the story of Black Girl Magic.

–Alvin Buyinza on Joan Morgan’s She Begat This: 20 Years of the Miseducation of Lauryn Hill (Christian Science Monitor) 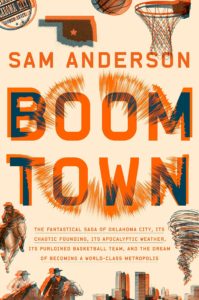 “…[a] dizzyingly pleasurable new history of Oklahoma City. If ‘dizzyingly pleasurable’ and ‘Oklahoma City’ aren’t words you expect to see in the same sentence, Anderson’s book wants to convince you that the capital of America’s forty-sixth state is the most secretly fascinating place on earth … The effect of the cross-cutting structure is to turn the story of Oklahoma City into a kind of giddy Jenga tower, a mismatched jumble of fascinations. Since that is precisely what Oklahoma City is, this works. Anderson conveys not only the factual data about boom-and-bust cycles in the energy industry but the feeling of a city defined by them … Anderson’s working dichotomy for describing Oklahoma City’s history is Boom vs. Process: the tension between delirious growth and herculean planning. This makes for a riveting story, one from which I learned hundreds of interesting things. But, if you change the terms a bit, if you make the dichotomy Crowd vs. Loneliness, a different kind of analysis emerges: different ideas are thrown into relief. Anderson doesn’t talk much, for instance, about evangelical Christianity or ultra-conservative politics, two psychoses to which I’ve spent my whole life watching Oklahoma give way … Anderson writes beautifully about the human beings he encounters, both living and dead. A minute-by-minute account of the Oklahoma City bombing left me almost in tears.”

“…a dense, rich, exhilarating piece of work that moves deftly between worlds and peoples, between locations (Tibet, Cornwall, London, the Karakoram range, Berlin, Calcutta, the Garhwal mountains), between the private dramas of individuals and the tectonic shifts of history … Part of what the book achieves is a lucid rendering of the complex web of filiations and affiliations that connected not only these three central figures but also others in their orbit and in their disparate, often far-flung worlds … it is to Ms. Baker’s credit that she keeps the big events always in view, dramatizing and humanizing the workings of history, particularly the story of empire and its machinations, in a way a novelist would—by making it a story of individuals. She understands everything about these people, the details of their lives, the connections and the criss-crossings, intersections, overlaps, friends-of-lovers-of-friends. It wouldn’t be an exaggeration to say that there is something Tolstoyan to her vast project. Ms. Baker’s other great achievement is an unsparing depiction of the hypocrisy, venality and inhumanity of British colonialism.”

–Neel Mukherjee on Deborah Baker’s The Last Englishmen: Love, War, and the End of Empire (The Wall Street Journal)