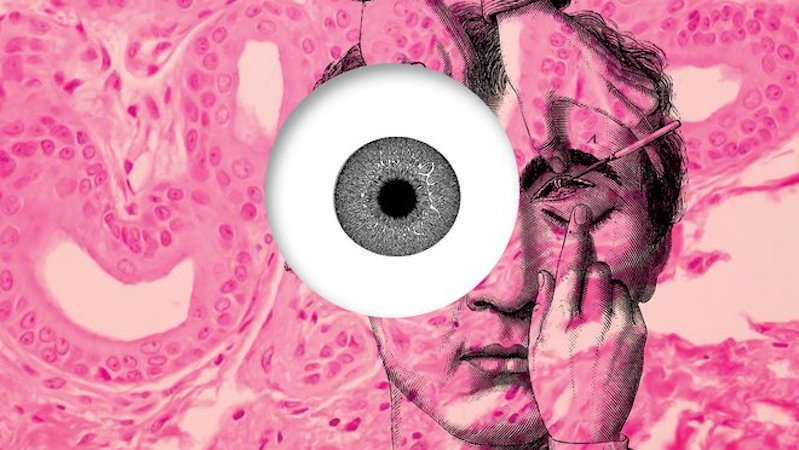 Ruth Ware on Megan Abbott, Yiyun Li on Deborah Levy, Will Self on the new Dark Age, and more

Psychological thriller writers collide over at the New York Times as Ruth Ware reviews Megan Abbott’s Give Me Your Hand, calling the tale of two twisted high school friends and the dark secret they share “a compelling and hypnotic novel.” The Washington Post‘s Ron Charles was pretty blown away by The Mere Wife, Maria Dahvana Headley’s modern-day reimagining of Beowulf, writing that it may one day “take its place alongside such feminist classics as The Wide Sargasso Sea.” Over at the Guardian, Will Self considers James Bridle’s prophecy of tech doom: The New Dark Age. We’ve also got acclaimed short story writer Yiyun Li, in her review of The Cost of Living, marveling at Deborah Levy’s ability to sketch memorable details in just a few strokes, and Stephen Mortland of Full Stop on Argentinian author Roque Larraquy’s eerily compelling Comemadre.

“Abbott excels in evoking the strange mix of camaraderie and rivalry that exists in academic research, showing the links forged by long hours and proximity as well as the suspicion and desperation that grow like a bacterial culture in competitive environments … Female friendship and ambition are threaded throughout her work, and here they form a rich tapestry, as she contrasts the ‘now’ of Kit’s professional life as a postdoc in Dr. Severin’s lab with the ‘then’ of her high school relationship with Diane … Ultimately, though, the reason to read this compelling and hypnotic novel is not the execution of the plot or the sleight-of-hand final revelation. What makes it stand out is Abbott’s expert dissection of women’s friendships and rivalries. She is an investigator of the human heart and mind, and Give Me Your Hand is a fine addition to her body of work—one that should cement her position as one of the most intelligent and daring novelists working in the crime genre today.”

“Her modern-day reimagining of Beowulf is the most surprising novel I’ve read this year. It’s a bloody parody of suburban sanctimony and a feminist revision of macho heroism. In this brash appropriation of the Anglo-Saxon epic, Headley swoops from comedy to tragedy, from the drama of brunch to the horrors of war … One of the great pleasures of this novel is how cleverly and unpredictably Headley translates the actions of upper-class life into the sweep and gore of Beowulf … But this is no mock heroic—or not merely a mock heroic. In her own destabilizing way, Headley vacillates between a wicked parody of privileged families and a tragic tale of their forgotten counterparts … Headley is the most fearsome warrior here, lunging and pivoting between ancient and modern realms, skewering class prejudices, defending the helpless and venturing into the dark crevices of our shameful fears. Someday The Mere Wife may take its place alongside such feminist classics as The Wide Sargasso Sea because in its own wicked and wickedly funny way it’s just as insightful about how we make and kill our monsters.”

“I suspect your enjoyment—or otherwise—of James Bridle’s New Dark Age will depend very much on whether you’re a glass half-empty, or a glass exactly-filled-to-the-halfway-mark-by-microprocessor-controlled-automatic-pumping-systems sort of a person … to the core of our thinking about new technology there lies, Bridle suggests, a dangerous fallacy: we both model our own minds on our understanding of computers, and believe they can solve all our problems—if, that is, we supply them with enough data, and make them fast enough to deliver real-time analyses … Bridle also believes it’s implicated in our simple-minded acceptance of technology as a value-neutral tool, one to be freely employed for our own betterment. He argues that in failing to adequately understand these emergent technologies, we are in fact opening ourselves up to a new dark age … Intelligent computer systems are already menacing us with weird products devised algorithmically and offered for sale on Amazon, as well as bizarre and abusive ‘kids’ videos, which are mysteriously generated in the bowels of the web, and uploaded by bots to YouTube … I expect many readers will find Bridle’s perceptive and thought-provoking book terrifying rather than enjoyable—but then as I implied at the outset, I’m very much of the glass half-empty type.”

–Will Self on James Bridle’s New Dark Age (The Guardian)

“An astute observer of both the mundane and the inexplicable, Levy sketches memorable details in just a few strokes…What makes this book stand out, however, is that Levy doesn’t allow herself to linger over these details. There’s no stretching every moment to an unnecessarily prolonged beat … She’s like an expert rafter, and the river she travels is full of encounters and emotions. While another writer might give us a lengthy tour of this turbulent water, Levy doesn’t slow down. There’s joy in her maneuvering through the rapids, difficult though they may be. And there’s joy for us in watching her.”

“…the novel is not concerned with excoriating particular bad actions, and it would cheapen the text to read it as a mere dystopian warning against particular medical experimentation. The doctors’ cavalier attitude toward their patients’ potential suffering and their willingness to experiment with human bodies illustrates Larraquy’s broader conviction that our capacity for violence is more readily flexible than we like to believe … The book is unsettling in its depiction of severed bodies, merciless characters, and ominous dreamscapes. Creating this sense of disturbance seems to be a part of Larraquy’s artistic intent. By unmooring the reader, he creates a reading experience that allows for shock in the face of violence, an increasingly difficult task for an artist. Juxtaposing two disparate stories allows the form to match the disconcerting content … Heather Cleary does a glorious job at capturing the nuance and the comedy of Larraquy’s language … By tempering even the darkest of moments of the story with grand metaphors, scathing interiority, and the comically absurd, Larraquy pulls the rug out from under the reader’s despair, humanizing the seemingly inhuman cruelty of its characters.”