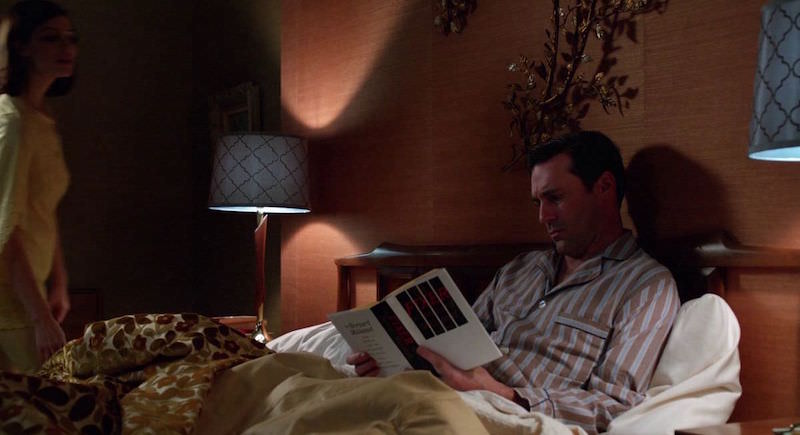 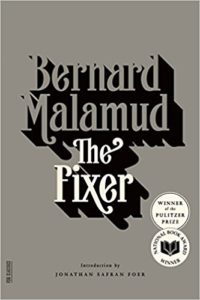 There are no wrong books. What’s wrong is the fear of them.

“Through all of his books – four novels and two collections of stories – Bernard Malamud has dealt with the great theme of redemption in this world. The world is grotesque, horrifying and unjust; yet redemption, individual by individual, is possible, is indeed the reason and the glory of life. The redemption of ugliness is in humor, of cruelty in charity, of suffering in consciousness and compassion. The movement of redemption is alwas from the mass, of fate or the way things unspeakably are, to the person, to individual acts of courage or conscience, to some individual realization that this, too – these tiny but volatile sparks of hope – is part of the way things are, part of what is given. And, by necessity, it makes the rest worth undergoing. This might be called the Judaic factor in the Judeo-Christian outlook, the extra-dogmatic source of the rejection of suicide as a reasonable and ethically viable political act.

The historical basis of The Fixer is the Bellis case. On March 20, 1911, the mutilated corpse of a Christian boy was found in a cave in the outskirts of Kiev, Russia. The murder could have been easily solved had not the crime been taken up by the virulent anti-Semitic groups as a pretext for massive persecution of the Jews.

Mendel Bellis, a Jewish laborer who worked in a brick factory near the cave, was arrested on trumped-up charges of ritual murder. (According to the anti-Semitic hallucination, Christian blood was supposed to have been used by Jews in the preparation of Passover matzo.) Bellis was interrogated, tortured, imprisoned; the frame-up became a political issue, extending to the Czar. The Bellis case was Imperial Russia’s Dreyfus case; it was a manifestation of the moral squalor of the regime and it foreshadowed the coming revolution. 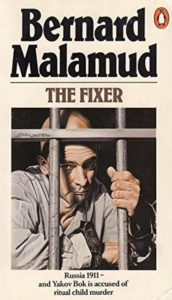 “In The Fixer, Mendel Bellis is Yako Bok, a nonreligious Jewish handyman ‘who liked things in place and functioning.’ When his barren wife leaves him for another man, Yakov quits his village to go to Kiev, where he might again be in place and functioning. ‘The truth of it is,’ he tells his ex-father-in-law, ‘I’m a man full of wants I’ll never satisfy, at least, not here [in the shtetl]. It’s time to get out and take a chance. Change your place, change your luck, people say.’

Yakov’s martyrdom is further foreshadowed in his minor-Faustian curiosity. ‘What I want to know is what’s going on in the world,’ he says, rejecting the confines of the Torah. And Malamud has him think: ‘What choice has a man who doesn’t know what his choices are?’

So Yakov goes to Kiev, by chance saves the life of a member of the anti-Semitic Black Hundreds, who, not knowing Yakov is a Jew, gives him a job in his brick factory. When the blood-drained corpse of the Christian boy is found, Yakov is arrested by the secret police in the name of Nicholas II; and so enters his terrible ordeal.

The world is petty, cruel and corrupt, but also creakingly inefficient. The inefficiency of the Czar’s oppressive and reactionary regime is manifested in Bibikov, the Investigating Magistrate for Cases of Extraordinary Importance. Bibikov has a conscience; he cannot totally turn his back on truth. It is his misfortune to become convinced of Yakov’s innocence. It is the book’s and our misfortune that this belief drives Bibikov to an early death. He is Yakov’s symbolic double, in a way his foil, and when he goes much of the novel’s inner tension goes with him. 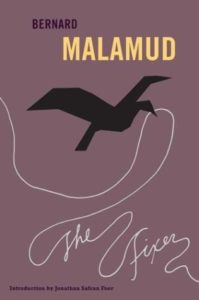 “Yakov endures. He endures solitary confinement, chains, daily physical searchings and beatings. He refuses to ‘confess,’ and in his cell he comes to an understanding of that refusal. His victory is that a trial will take place; whatever the verdict, the evidence of his innocence will be made public. Thus Yakov, a most unpolitical man, fulfills his political and moral function. He comes indeed to know his choices, to make a choice and come to terms with it. The novel closes on this note as Yakov is at last being transported to his trial. Yakov will doubtless be convicted, but in his drams the Czar confesses helplessnes and in the streets through which the prison threads its way, bloody revolution spurts to its final warnings.

One cannot hold a novelist too closely to history – and Mr. Malamud correctly wards off identification of The Fixer with the Bellis case, citing Dreyfus and Vanzetti as nearly equal inspirations. Yet a Yakov-Bellis identification is unavoidable. Moreover, it is a pertinent fact of history that while the crime of ritual murder was confirmed at the Bellis trial, Mendel Bellis was himself acquitted. The fact acts as a disturbing and undermining counterpoint to the novel, and it robs Yakov’s lengthy and sometime slightly preachy wrestle with life’s meaning of much of its power.

This must of course be taken in its proper context. Mr. Malamud is a superb writer and The Fixer is one of the year’s richest novels, a literary event in any season. It’s just that, like the fixer, one wishes that it functioned not almost perfectly, but perfectly.”