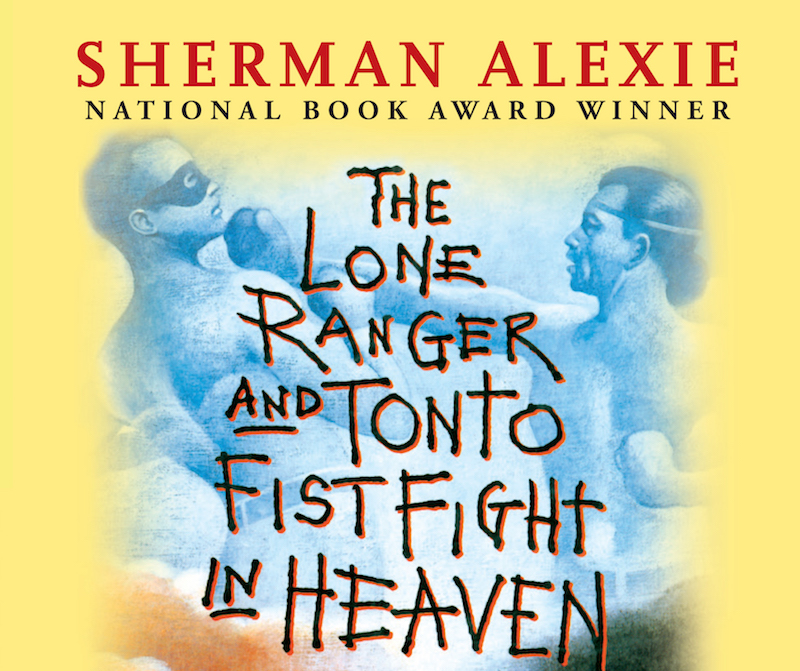 "Witness the crime that is an American Indian reservation" 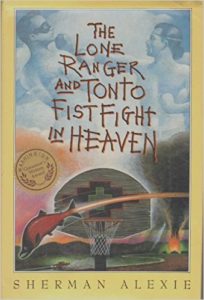 “Reading Sherman Alexie’s The Lone Ranger and Tonto Fistfight in Heaven is like leaning out the side window of a speeding car, watching the world slip in and out of focus faster than you can sort the future from the present from the past. The world, in this case, is an American Indian reservation. Keeping time like the staccato thumping of a nail stuck in a tire are drumbeats, blaring televisions, dancing, fighting, nightmares, visions and the small explosions of beer bottles thrown from a car driving in no particular direction.

Maybe from all that thumping, the narrators of most of the 22 stories in The Lone Ranger are insomniacs. One of them, Victor, is at least part Sherman Alexie. Both grew up on the reservation for the Spokane/Coeur d’Alene tribe, a government ghetto where dogs won’t eat the ‘commodity’ (government-issue) beef and cheese, but people do … And there are the constant humiliations Indians suffer off the ‘rez’: A couple is pulled over for no reason by a cop who extorts money. A young man with dark skin and long black hair is watched like a thief for walking into a 7-11 to buy a Creamsicle.

The Lone Ranger is a collage of dreams, journal entries, quotes from other native writers, archival letters, fictional Kafkaesque court transcripts, tribal newspaper reports, drug trips, and basketball games. In Alexie’s fiction, basketball is a weapon and therapy for negotiating the straits between an impoverished Indian world and a suspicious, secret-coded white one. Basketball is also a white man’s invention that’s been appropriated as the reservation game every Indian plays. 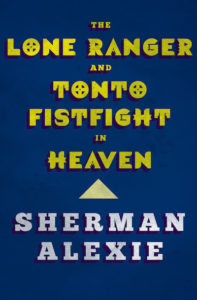 “The Lone Ranger can be read either as a long poem, an experimental novel or a collection of short stories. The same characters keep appearing either as narrators or subjects. Alexie uses a rough-cut documentary style, as though he were holding a video camera, interviewing childhood friends and relatives and recording their stories in brief, disjointed scenes, then turning the camera on himself at different points in his life. The result is a many-faceted picture, like a mosaic of broken glass.

The unnamed narrator of the story ‘Imagining the Reservation’ actually tapes shattered pieces of a mirror all over his body, the shards reflecting his reservation life. The effect is both dreamy, like stepping into a Salvador Dali, and shockingly real — too true to be fiction. Alexie lulls his reader with passages of lush elegiac prose-poetry, only to break off the reverie with an act of unspeakable cruelty. 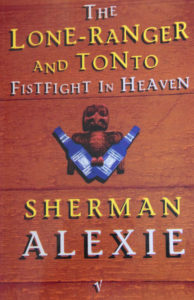 “Most of the characters in The Lone Ranger are collaborators with a white world that has stripped them of everything but their supply of liquor, collaborators in a centuries-old plot to tear away, bit by bit, every scrap of Indian land, culture, character … Given the pervasive bleakness he finds around him, it’s remarkable that Sherman Alexie has survived at all. There is something hopeful in the very fact that he is writing, examining what hurts most, and healing ancient wounds. But there’s also an urgency bordering on desperation in his voice. Alexie seems to be telling stories to save himself from the bottomless depression of the bottle, to rescue his tribe and his culture from oblivion, and to force a complacent white reader to look out the window, maybe even stop the car, and witness the crime that is an American Indian reservation.”