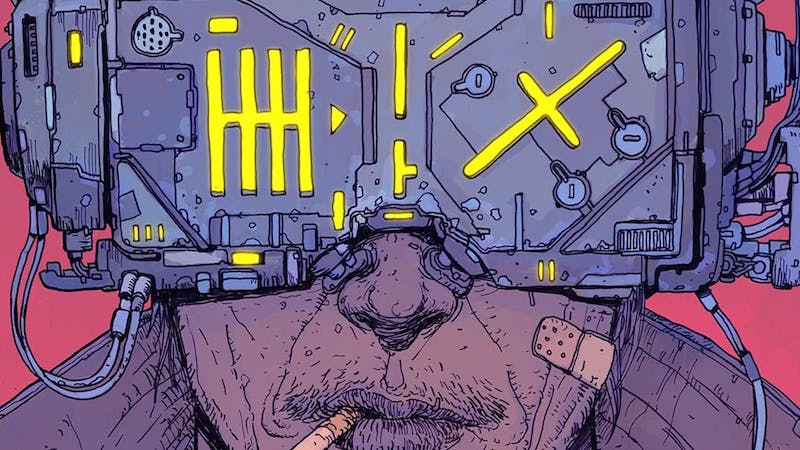 "The sky above the port was the color of television, tuned to a dead channel" 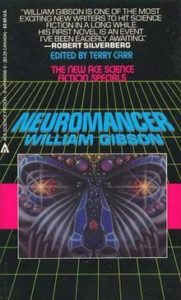 The sky above the port was the color of television, tuned to a dead channel

It’s not often that you can point to a novel and say that one changed the game, but William Gibson’s debut, Neuromancer—which tells the story of a down-on-his-luck computer hacker in a dystopian Japanese city who gets embroiled in a shadowy plot involving a powerful artificial intelligence—unquestionably did just that. Upon its release in 1984, Neuromancer (which has now sold about seven million copies worldwide) achieved the near-impossible by winning all of the “big three” awards for science fiction—the Nebula, Philip K Dick, and Hugo—in the same year. Beyond its critical acclaim and commercial success, however, the book helped to solidify cyberpunk as a literary genre, introduced us to the concept of “cyberspace,” and inspired a generation of writers, filmmakers, and video game designers to create bold and terrifying new visions of the future.

At the fifty-third annual Nebula Awards in Los Angeles on Saturday night, William Gibson received the Damon Knight Memorial Grand Master Award for lifetime achievement (and apparently gave a lovely acceptance speech in which he thanked the women editors who changed his life when he was a teenager). As Gibson’s magnum opus turns thirty-five next month, we thought we’d take a look back at what the critics have written about one of the most beloved and influential novels in the history of speculative fiction. 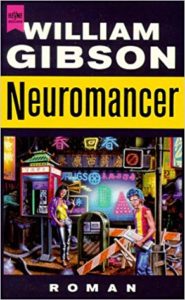 “The 21st-century world of Neuromancer is freshly imagined, compellingly detailed and chilling in its implications. The theme is power. Advances in computer technology and bioengineering have made it possible to create human beings of preternatural strength and agility. Mr. Gibson’s protagonist, known only as Case, is one of a new breed of ‘cyberspace cowboys,’ computer hackers who plug into their machines so intimately that they experience the electronic transmission and storage of data as physical sensation—mostly visual, but also tactile and olfactory. Like everyone else in his world, Case can think of nothing to do with his talent except sell it to the highest bidder, which inevitably turns out to be one of the giant corporations whose no-holds-barred rivalries transcend nationality, ideology and even the normal constraints of space and time: ‘Viewed as organisms, they had attained a kind of immortality.’

Mr. Gibson’s style is all flash, and his characters are all pose without substance; but the emphasis on surface seems more a statement about Case and Case’s world than an attempt to manipulate the reader. The story moves faster than the speed of thought, but even when I wasn’t sure what was happening, I felt confident that Mr. Gibson would pull me through, and he did. The ‘cyberspace’ conceit allows him to dramatize computer hacking in nontechnical language, although I wonder how much his somewhat florid descriptions of the ‘bodiless exultation of cyberspace’ will mean to readers who have not experienced the illusion of power that punching the keyboard of even a dinky little word-processor can give.” 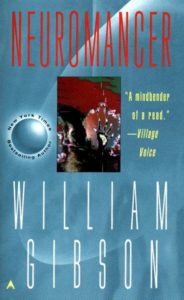 “Neuromancer was largely an antithesis of everything that science fiction had become throughout the 1960s and 1970s. It quickly became the centerpiece in a growing movement called Cyperpunk, which treated technology and its implications as part of the surrounding background of a story, rather than the focus. While Gibson’s novel wasn’t the origin point of the genre, it helped to codify many of the various elements into a single narrative. The stories wove in elements of globalized infrastructure, computer technology and a mixing of worldwide cultural influences. It was dark, cynical and postmodern.

“It’s hard to underestimate the huge impact left by Neuromancer: The book is ripe with ideas that have influence generations of authors and directors in three decades it’s been in print. Movies such as The Matrix and Elysium and television shows such as Person of Interest have borrowed substantially from its themes, while the cyberpunk subgenre has continued to run forward as computers continue to occupy greater and greater parts of our lives. Even as it feels outdated (there are no cellphones, for example), the novel will undoubtedly continue to remain as relevant and as raw as it was in 1984.” 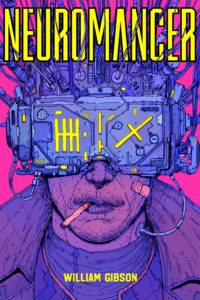 “The first-time reader of William Gibson’s Neuromancer, if unacquainted with any of Gibson’s other novels, is likely to be perplexed and disoriented. Perplexed, from being absorbed into some undateable future world governed by an advanced technology whose capacities have to be learned as one reads. Disoriented, as a result of the novel’s transformation of our very idea of physical space—a transformation that deeply influenced science fiction writers, and indeed film-makers, who followed Gibson.

Neuromancer does have the rudiments of a traditional novel: a protagonist and a plot. Henry Case is a computer hacker rescued from death by a shadowy organisation that needs his skills to break into the computer systems of another organisation. Case (forename redundant, like any good hard-boiled antihero) is a recognisable type purloined from detective fiction: hard-bitten, brave, apparently cynical but in fact humane. The novel’s plot turns, like much dystopian SF, on the deep-laid schemes of an almost but not quite omnipotent agency. In the universe Gibson imagines, the most powerful beings are AIs (artificial intelligences). Our antihero struggles to be anything but a pawn in their game.

But the novel is not much interested in character and plot. Instead it is dedicated to creating the feeling of a transformed reality, where a new vocabulary is required to describe how perception itself has been changed by computers.

“The characters are themselves fixated on technology, and wonder aloud at how its powers might be stretched ever further. This collective fixation allows for passages of explanation that are not authorial insertions. The novel’s third-person narration is entirely from Case’s point of view, and is saturated by technology because his perception is shaped by it. The body itself is technologically formed—every character seems to have been the beneficiary of surgical enhancement or reconstruction. Molly has cybernetic eyes that allow her, like a fighter pilot, to see computer-generated data as well as what is in front of her; others have their bodies regrafted to enhance youth or strength, or to disguise themselves.

The natural has been subsumed into the artificial. No wonder that the book’s opening sentence—’The sky above the port was the color of television, tuned to a dead channel’—has become famous in itself. It captures a whole genre’s characteristic, unsettling but exciting inversion of the order of things.” 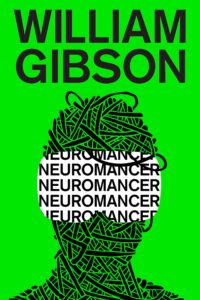 “The brilliance of the novel and what won it every literary award available—the Nebula, the Philip K. Dick and the Hugo—is its breakneck storytelling, which combines high technology, a classic tale of corporate greed, war, revenge, and politics with some dazzling writing. The book’s very first sentence reveals everything the reader can expect: ‘The sky above the port was the color of television, tuned to a dead channel.’

Authors have been describing the sky for thousands of years. But how many of them compare a dim, polluted, and smog-filled Asian sky to the way a flat-screen looks in the moments just before Netflix loads the series you want to watch? The TV isn’t on, but it isn’t off, either. It’s just empty, waiting.

“Readers are often left on their own to sort out what the technology is and what it does, which gives the novel its future-world zing. The wiz-bang technology and the Japanese locale—the eternal epicenter of all things flash and future-worldy—provide the ideal background for a plot focused on high-tech mercenary cyber-crimes. The setting is somewhere in the future, but the characters inhabit the same criminal underworld that’s home to everyone from Moriarty to Michael Corleone and Dr. No.

Although Gibson is always called upon to talk about the fantastic new arena in which he placed his characters, the story of hackers for hire stealing corporate secrets and doing the bidding of faceless corporate entities is almost shockingly familiar. It’s easy to picture Armitage hiring Case to hack into the Diebold system and tilt the American election. And it’s just as easy to see him downloading piles of government documents and selling them to the highest bidder. In other words, Neuromancer, the novel Gibson imagined and wrote on a manual typewriter in 1984, could have been written yesterday and is still hip and compelling in 2017.”