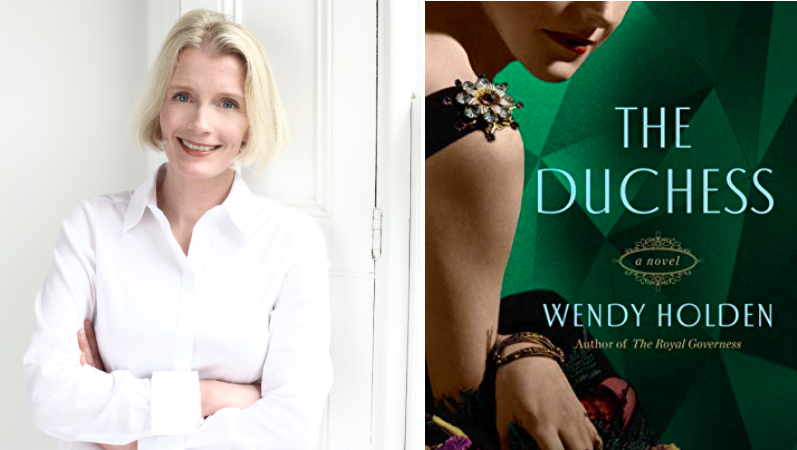 Rapid-fire book recs from the author of The Duchess

This week, we spoke to the author of The Duchess, Wendy Holden.

Wendy Holden: As a child I was mad about The Ugly Duckling, in which the scruffy little bird becomes a glamorous swan. Something about the theme of transformation must have appealed to me because I’ve returned to it repeatedly as a writer. Most recently in The Duchess, which follows Wallis Simpson’s career from the low base when she arrived in London knowing no-one, to her ascension to royal favorite.

WH: I’m researching my latest novel, about the early life of Princess Diana. As a teenager she was a Sloane Ranger, a term describing a young upper-class person living in or near Sloane Square, a posh area of London. The Sloane Ranger Handbook came out in the 1980s and was a spoof guide to the species. It was very detailed, very funny and genuinely illuminating because most people in the UK didn’t even know Sloanes existed. Reading it again, now, for my novel, I find it even funnier and cleverer than I did the first-time around.

WH: When, in a second-hand bookstore, I picked up The Little Princesses, the autobiography of Marion Crawford, I felt something shift in my brain. I had been looking for the perfect way to write about the royal family for years, but could never quite hit on it. This book, written by the young Scottish teacher who had such a great influence on The Queen as a child, was fascinating. ‘Crawfie’ as they called her, was with the Windsors for 17 of the most seismic years of the twentieth century, including the Abdication, the 1937 Coronation and the whole of World War II. She dedicated her life to them but once she retired and wrote her book, they cut her off and never saw her again. The Little Princesses formed the basis for my historical novel The Royal Governess.

WH: I have been trying to help my daughter with her philosophy studies, so I’ve been reading a school textbook about Kant, Aristotle and John Stuart Mill. I’m not sure I got all of it, but I was surprised at how interesting I found it. I’m all over utilitarianism and the categorical imperative now.

WH: I cry at absolutely anything, I’m ridiculously easily moved. The worst is poetry. When the children were little I would always try to read them my favorites but then I’d get all choked up. I probably scared them and put them off for life.

WH: Still Life by Sarah Winman, without a shadow of a doubt. I can’t really put into words how brilliant I thought it. It’s set in Florence and kind of based on A Room With A View by E M Forster, but about a different set of people. They are friends from London through whom we witness the decades passing from the 1940s onwards. It’s wonderful, cheerful, wise and utterly life-affirming.

WH: The Serial by Cyra MacFadden, which is about hipsters in Marin County, California, in the 1970s. It is so funny that I found it impossible to read on public transport, I would cry with suppressed laughter on the train. But inexplicably, it has been out of print for years.

WH: I love to buy people books but it depends on the person and their interests, so it’s never the same one.

WH: Ulysses by James Joyce. I’ve read Dubliners and Portrait of the Artist As A Young Man, so I’ve had a good run-up. I’m particularly interested in it because it was first published by Sylvia Beach, the American who ran Shakespeare and Company in Paris. It is one of my favorite bookshops and I always drop in when I go there.

WH: The Heart Has Its Reasons is fairly obscure these days. It’s the amazingly-titled autobiography of Wallis Simpson, Duchess of Windsor. She comes across, not as the hard-hearted harridan who stole a king from his throne, which is the way the British have been encouraged to view her, but as a funny and warm-hearted woman. She had a difficult childhood and her first marriage was a complete nightmare. And the Brits cold-shouldered her when first she came to London. I was fascinated to read all this dramatic backstory and immediately wanted to write a novel about her ‘Cinderella years’, as I thought of them. This has become my new novel The Duchess.

WH: We studied Far From The Madding Crowd by Thomas Hardy, and I loved it. But I think I was heavily influenced by the fantastic 1960s film with Terence Stamp, Julie Christie and Alan Bates.

WH: I’m by the sea on the Yorkshire coast, so I’m reading up on the local history; smugglers, sea captains and also the amazing St Hild of Whitby. She was a seventh century princess who ran a monastery full of blokes on a windy northern headland during the Dark Ages. Obviously quite a girl. 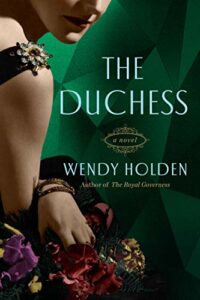